Up early and down to work with a site inspection at 8:30 - home about 10:15 change and down on the allotment for a couple of hours. Managed to .... 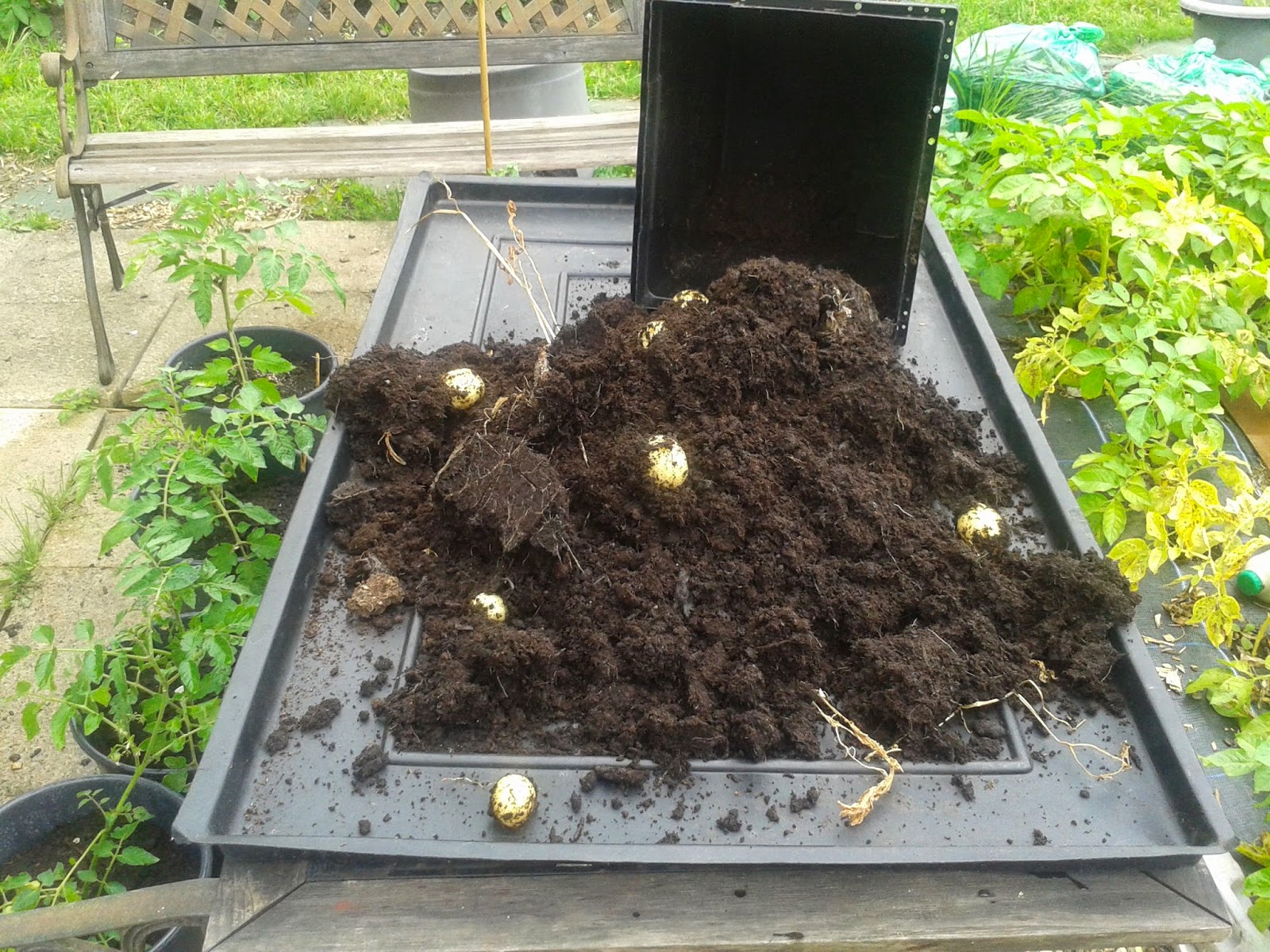 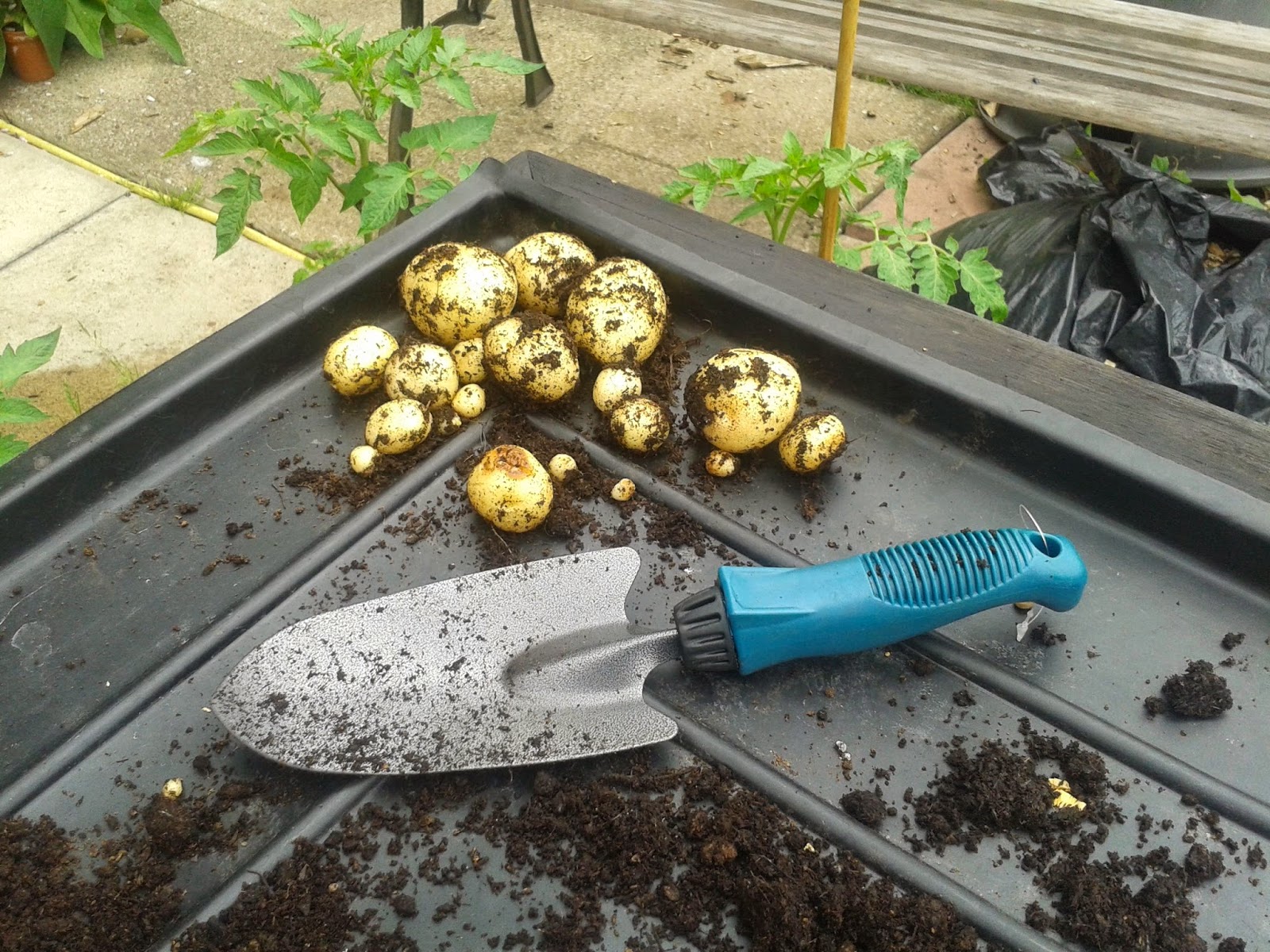 Spoke to one of the lady plot holders about the council visiting tomorrow, she has received her improvement letter and she is working on clearing her plot, bless her really not her fault she has been in hospital and then lost her Mum. I just take the photographs, it's the council that send the letters.

What people think is a baby robin came and sat on the table whilst I was harvesting the potatoes.
Posted by cadalot at 07:11