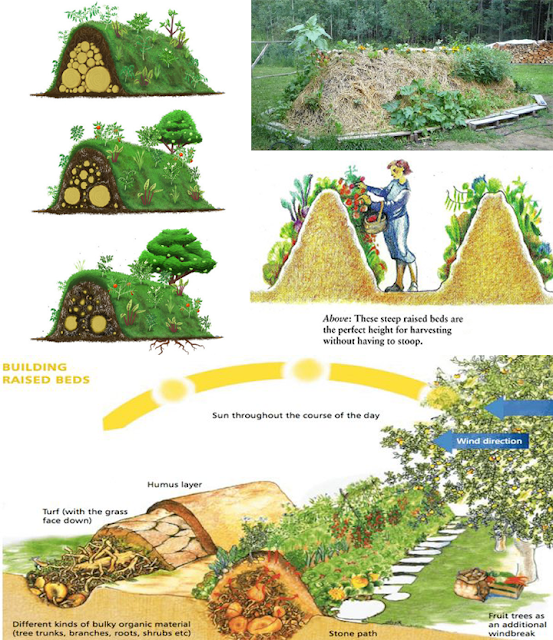 A Hügelkultur raised bed is a centuries-old, traditional way of building a garden bed from rotten logs and plant debris. These mound shapes are created by heaping up woody material (that's ideally already partially rotten) topped with compost and soil.
Ummmmm With all the trees being cut down on our allotment site, should I?
Posted by cadalot at 06:00 No comments: 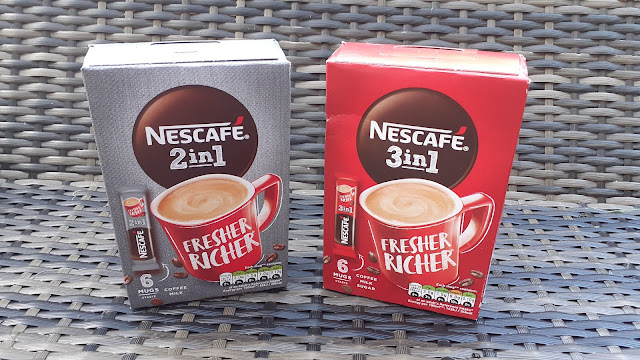 I'm not being sponsored; I have no shares in the company and there is no purchase link.  I've been using these products for some time and some of the plot holders on my site had never heard of them so I thought I would share information about them with my readers.
Being diabetic I have coffee without sugar, so I use the 2in1 which gives me 6 sachets of coffee and milk powder that produce a rich, creamy tasting coffee with no added sugar.
Andy my son-in-law needs sweetening up so for him I use the 3in1 which produces a rich, creamy tasting coffee with milk and sugar.  Nescafe also produce a 3 in 1 caramel version. I have no idea why they don't produce a 2in1 Caramel version?
Before I stated using the Nescafe 2in1 and 3in1 sachets, I had coffee and sugar in jam jars in the shed with the color gas stove but had to take water and a small bottle of milk down with me, now all I need to take is the water in the Winter months.
UPDATE
What I wasn't aware off was what a bad reputation Nestle have on an environmental and humanitarian front!  Here are a few feedback posts from Facebook Forums that I'm active on
Joe McMaster
The only thing is, I wouldn't touch anything by Nestle, because of their draining of all the water aquifers in certain US states of water, for their bottled water. These aquifers take years to refill. In the meantime, these states have banned residents from collecting rainwater for their gardens from guttering, and grey wastewater, because they want the increased revenue from the less sustainable methods. Sickening!
Peter Parker
Nestlé are the most boycotted company in the world I believe. Awful business practices. No thanks.
3
Aldi (probably other supermarkets too) sell sachets of coffee, different types/flavours too. We boycott Nestle in our household so when we use sachets like for camping etc we take I believe its Douwe Egberts sachets
I had heard that certain states in the USA had made collecting rainwater illegal, and as a supporter of off grid living thought only the Americans would do such a thing. With big business having such an influence on governments in the USA, I can now understand how a basic right to collecting rainwater on your own land can be legislated against, especially when there are so many shareholders working in government.
There were many other posts re NESCAFE and Nestle, and suggestions where similar products can be purchased. Looks like I may be sourcing similar products from other suppliers in the future!
Posted by cadalot at 06:00 No comments: