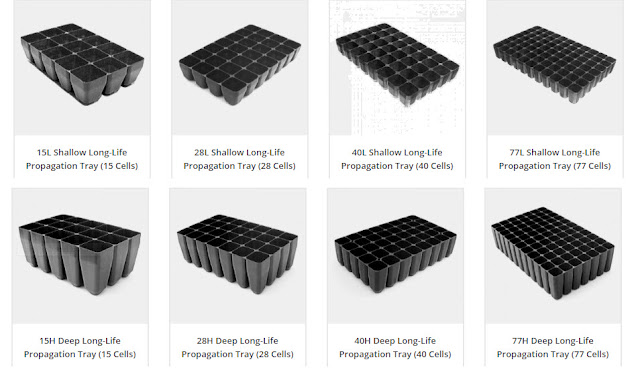 There is a lot of pressure these days to reduce the use plastics, we see what’s happening in the oceans and on our beaches and in the countryside and I for one was brought up not to litter and I hate to see it happening. Supermarkets are being pressured to look at alternatives to supplying products in plastic containers and bags.

Gardening programs, magazines and gardening forums are talking about the estimated 500 million plant pots and seed trays are sold every year and that the majority are sent to landfill or incinerated, with very little is recycled. A large quantity of fossil fuel is used in the production of plastic pots, which take around 500 years to decompose.

It’s suggested by many that you just reduce the amount of plastic you use by simply not buying it. Then they tell you that’s It’s not as hard to avoid as you may think, and that there are a growing number of non-plastic alternatives for tools, plant pots and other materials.

The thing is I’ve been there and tried those, I’ve made paper pots and used and continue to use the cardboard toilet roll tubes even if they do get a little mouldy in use for Starting off runner beans etc. I could look into buying biodegradable pots made using materials such as coir (from coconut husks), wood chips, rice husks and even seaweed, I've tried some of those and didn't get on with them they tend to suck the moisture out of the compost in the pot. 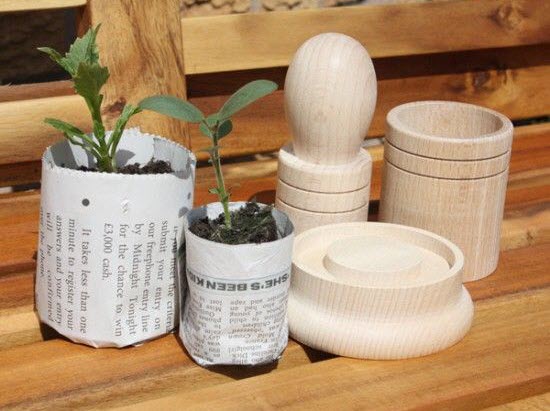 Terracotta is nice but its costly, bulky and prone to damage. I must admit I have not really looked into Vipot which according to Alys Fowler in a post on Friends of the Earth says “they look and feel like regular pots but are plastic-free, if cared for they can last several years. When they do finally crack, they can go straight on to the compost.” So one has to ask just how long will they take to degrade if they will last several years before cracking?
Personally I prefer taking good care of existing plastic items as it’s a good way to ensure I don’t have to keep buying it, because you can reuse it for several years. 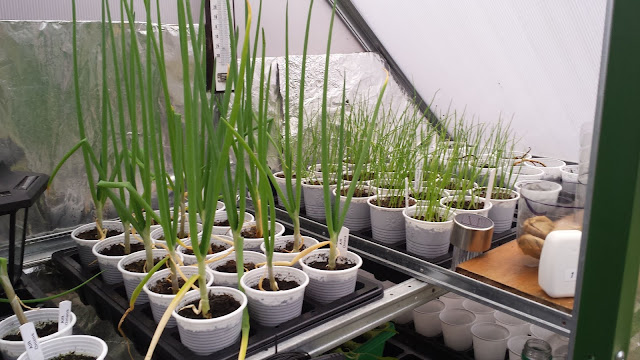 For the last seven years I have been using vending machine cups that I use a soldering iron to make two drainage holes in. I wash the vending machine cups and stack them ready for use the following year. When in use these stand in 15 cell modules in good quality seed trays in my space saver or Norfolk greenhouse. 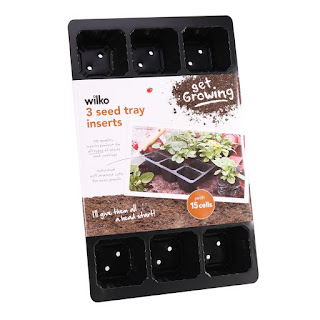 I have tried growing in modules from garden centres, Wilko, B&Q etc for smaller items but the modules are so flimsy they normally can’t be used more than once and that’s why I used the vending machine cups in the first place and have now started to look for more heavy duty alternatives and smaller modules. 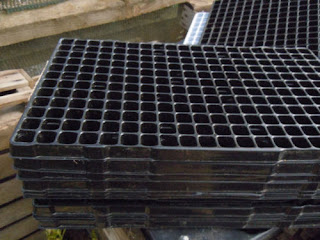 In 2014 I managed to pick up some second hand heavy duty very small cell propagation seed modules from a nursery off ebay and I ended up cutting them down to fit my window cill propagator and mini Ikea greenhouse and to fit standard seed trays, these get looked after washed and stacked away and reused each year. 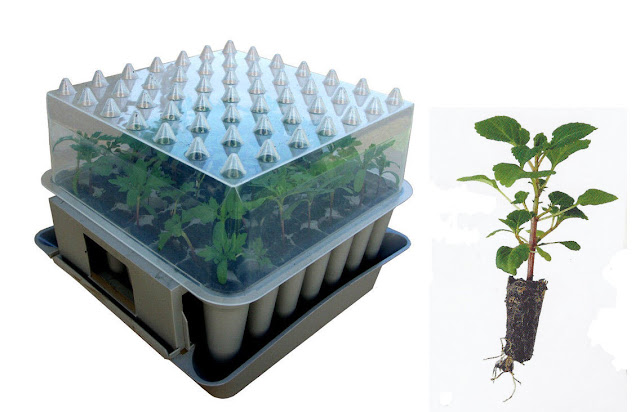 In March 2018 I purchased an Agralan Propagator which as a plug plant bottom section with a built in watering tray and extraction tool. I liked it so much that I ended up buying another the same year. I would have liked to see what the design change was, and I was informed I would get one to play with from Agralan at the Gardening Press event but it never materialised.
I had some flexi pots that were actually made from recycled material and I’ve been using those for starting off my sweetcorn each year, but those are now finally giving up the ghost and each year I end up with less and less of them, so I need to look for alternatives
So In 2019 I set about looking for some heavy duty durable, robust, plastic modules to use and bought them from a company called CMH Containerwise Materials Handling
Their range of Materials Handling Products and Plastic Storage Systems cover a wide range of industries from horticulture/agriculture, food and general industry. Their number one aim is to provide an extensive range of plastic materials handling products that not only save their customers time and money, but that also offer an exceptional life span.
Their range of injection moulded long-life Propagation trays are suitable for all Horticultural sectors, from Bedding Plants / Ornamentals, Vegetables, Nursery Stock and Shrubs & trees.They supply module/ propagation trays in a large range of sizes and cell volumes but these can be basically broken down into the following categories:

Their products are designed to give in excess of 10 years trouble free use and they note on their web pages that trays produced 15 years ago are still giving good service today, which ticks my robust and durable boxes.

There are no prices for items on their web site because their customers are large commercial organisations rather than domestic, and they apply quantity discount, however following my email asking if they would sell to domestic clients, I received the following reply that stated:

“In recent months, with the attention given to single use plastics and with a degree of promotional activity on YouTube through Charles Downing and Huw Richards we have had a very positive response to our range of trays. Many of the enquiries we received were small, 5 trays, 10 trays being typical which didn’t cover the minimum order level (£50+vat) .

As a result of this number of small enquiries we felt morally obliged to supply, after all, if “small growers” were being positive, we should help them. Consequently, we have waived the minimum charge now with a minimum tray quantity of 5 units which can be mixed across the range. I have attached a price list for the most popular sizes across 2 different tray footprints. As you will see they start at £3.95 each plus P&P and Vat.”

They also sent me a domestic rate price list based in a minimum order of 5 units. Having already purchased small 20mm nursery sized propagator trays in 2014 my attention was on the normal seed tray sizes 350 x 215mm Shallow and 350 x 215mm Deep Cell Trays. I screen captured the styles and looked at each page and marked up the cell size, depth and drainage hole size to help me make a decision what to buy. Below is a neat version that may be of some assistance other wise it's a lot of clicking in and out of pages to find the information on their web site

I've ended up buying six Shallow trays and 3 Deep trays that I'm hoping will serve me well for however many years I have left to tend my allotment. Below are the other trays that they will sell to domestic customers 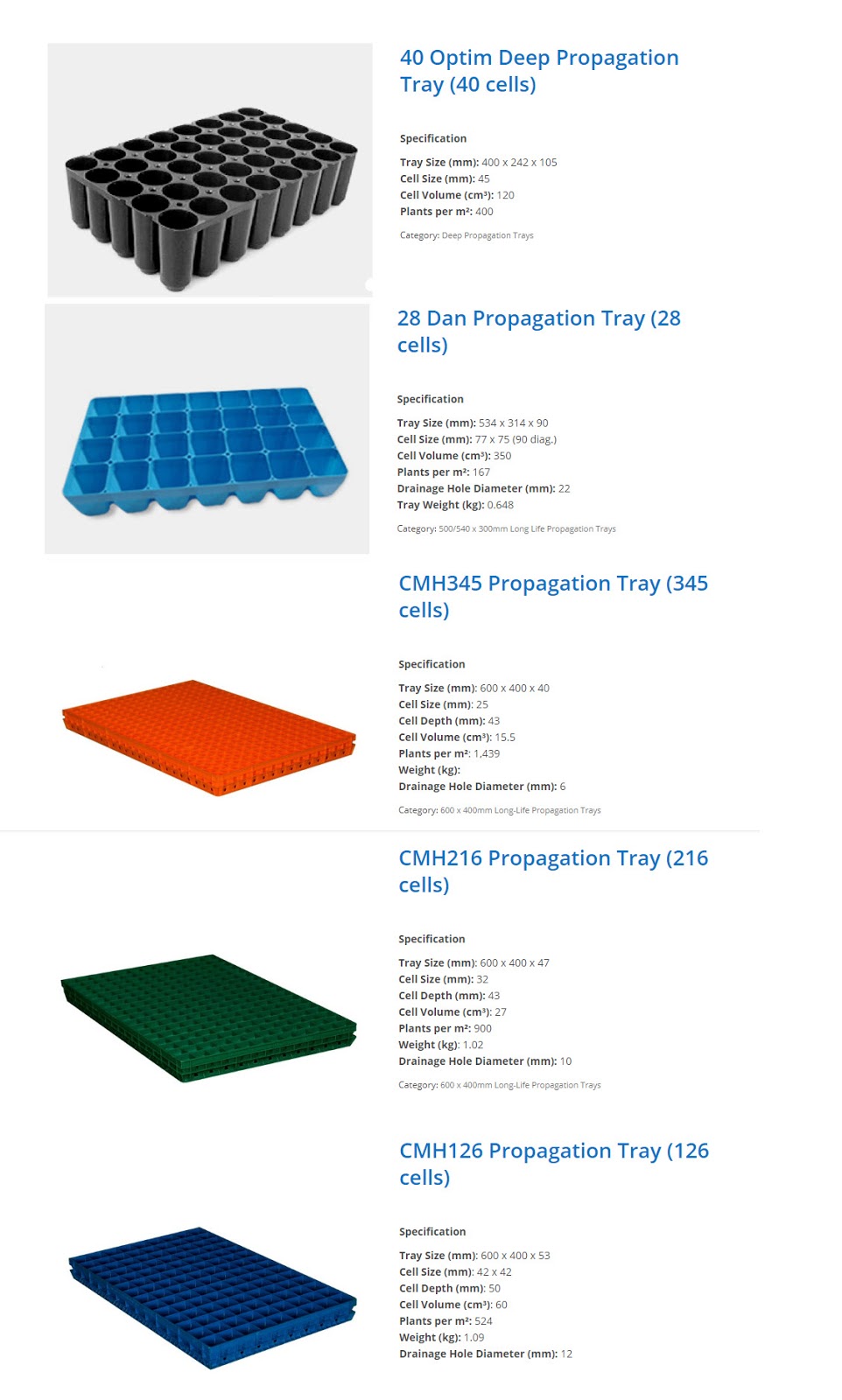 If you visit CMH Containerwise Materials Handling and make an enquiry then please do tell them where you heard about them, this gives them and myself some ideal of how many people are visiting their web site as a result of my article. I have not been paid to write these articles about their company and I'm not on commission. I have to say I'm quite honoured to be listed with Charles Dowding and Huw Richards

Hopefully I may get discount on future purchases if enough of you find them via my blog, but if the modules last as long as I think they are going to, I don't think I will be buying too many more of their trays. That being said I have got another half plot now and an additional greenhouse that is half constructed so who knows what next year might bring..