The weather has been very cold and we have had a good deal of rain in January but looking at the weather forecast for Sunday Morning there was only 15% chance of rain/ My daughter asked if I would like to borrow her husband for the morning and she would look after my wife and I obviously said yes.

We managed to screw seven raised beds together and have stacked them on the last two raised bed that have been dug and weeded. It's amazing how much clearer the plot is looking now that the timber is together and in one place.  We also laid the weed membrane between the two stacks of raised beds and wood chipped the paths between and behind the bed towers.

The area in front of the stacked raised beds has been cleared of the weathered secondhand weed membrane that I was using to suppress the weeds and the heavy duty tarp has been laid down in an attempt to reduce the amount of water seeping through to make the soil more workable. 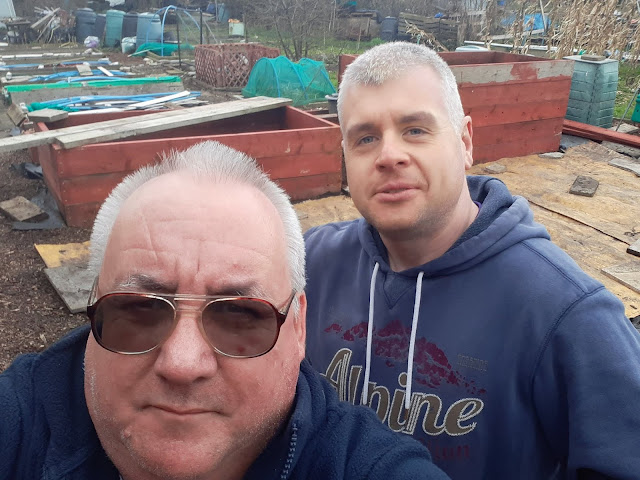 A quick serious selfie of Andy and myself in front of this morning's work as I was trying to learn to use the new phone camera. 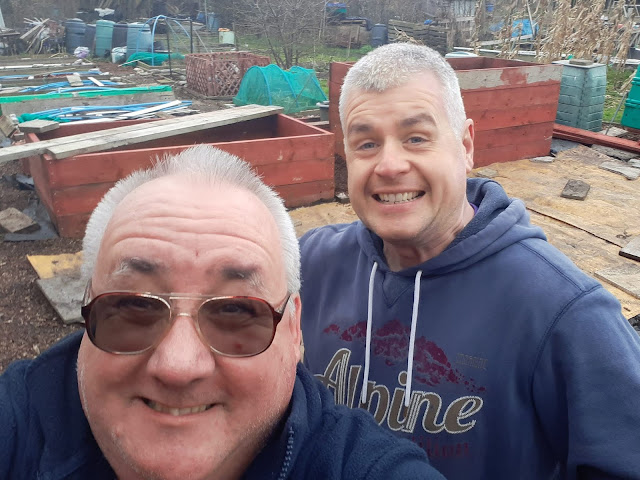 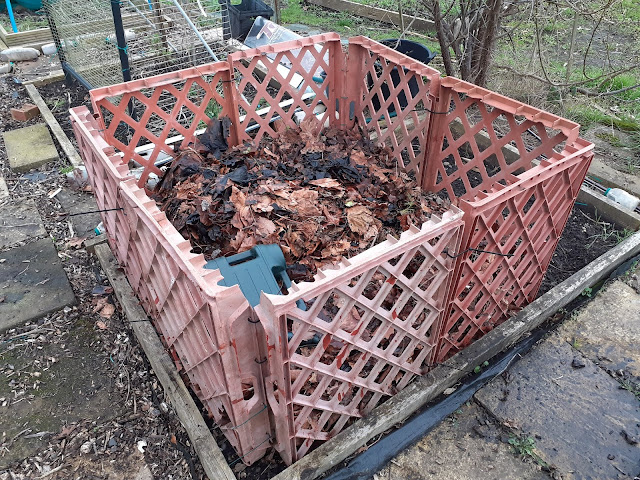 Leafs from the water butts finally decanted into the temporary holding cage made of the bottom of bread baskets.

Good progress on the to do list for the month and the plot is looking clearer and more tidy with each visit. So good to see real progress and I'm hoping to borrow my son-in-law again shortly as we work well together and I think and hope he enjoys it !