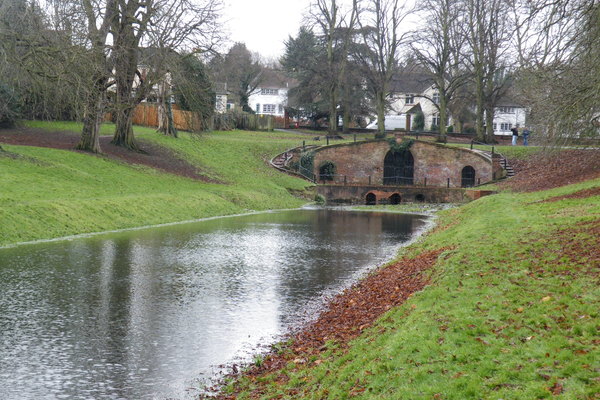 First Sunday in 2020 and the Gods are with me daughter No 2 is came home last night and will be around until mid morning to keep a watchful eye on my good lady wife and the weather is dry and no rain after what feels like 2019 was one of the wettest Decembers for some years. One can always tell when it's been a wet year because the ground water table rises and the grotto canal in Carshalton Park starts flowing, which it did just before Christmas.

That means the likelihood of surveys for building suffering subsidence exacerbated by trees will reduce in 2020, and thus it's a good thing for those people who's buildings had just started to show signs of movement due to drying clay locally and in the London basin.

Loading the car this morning took some time with lots of empty clean milk bottles for making soft sand bricks, two trugs of leaves from the front garden and two food buckets with lids worth of shredded paper. Bottles of water for making coffee as the water is turned off until April

I didn't know at the time of making the video update that the last video update was in  September 2019. After four trips unloading the car and trying to make contact with the builders on the site over the boundary wall I made this short Plot Tour video with my new phone, I was hoping it would not be so sensitive to shaking which it is, so I can only apologise for the lack of quality of the image.

View down plot 1 from Plot 1A 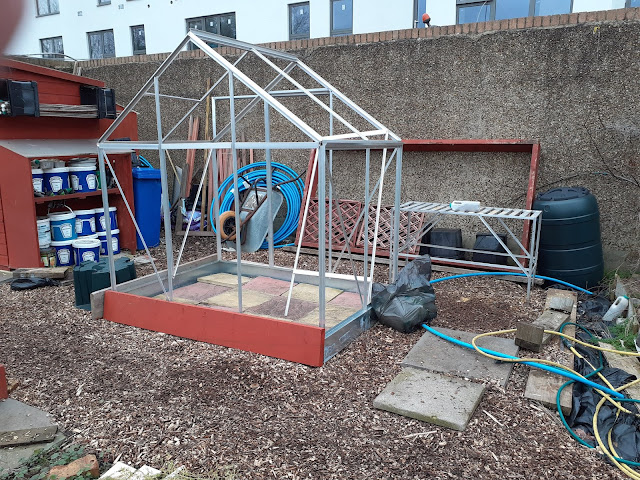 Staging Table taken down to the new greenhouse, then dried sand removed from the greenhouse and a number of soft bricks were made to assist in holding down the bed sized weed membrane. 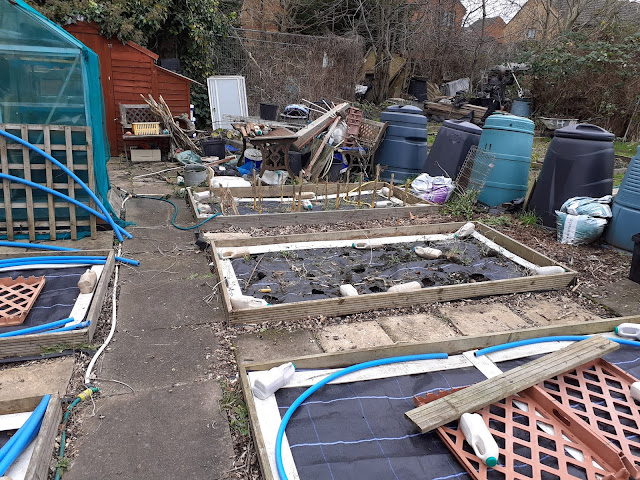 The open bottles of sand that had been put under the onion drying extension to the Plot 1 shed were decanted into trays and laid out on the shelving in the Plot 1A greenhouse to dry out as it's easier to make soft bricks using dry sand than damp sand.

Sweetcorn stalks and roots pulled from bed 8 and placed in a trug ready for adding to a new Dalek once they have been installed in their final home on the plot 1 path boundary. 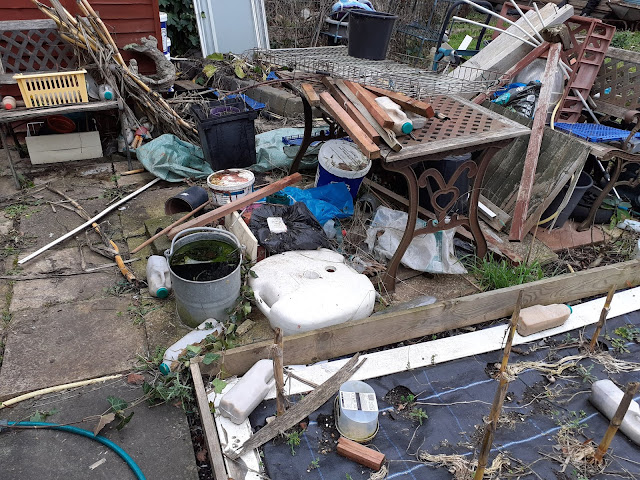 The stuff that was stored under the Staging Table needs to be sorted and packed or thrown away and this is an area I will deal with during a future visit. 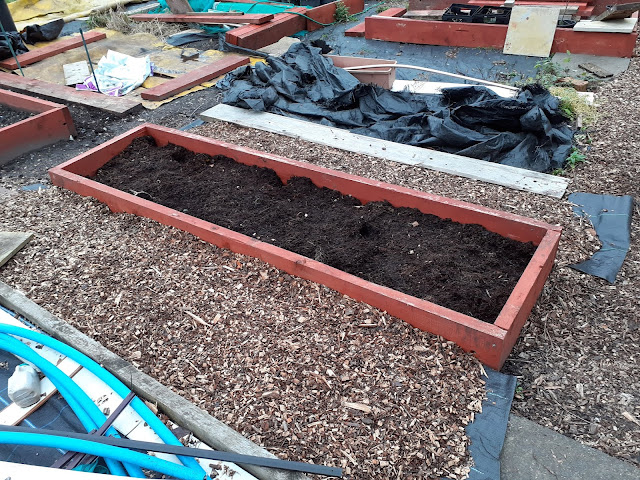 The next two beds areas that need to be created can be seen behind the two 0.6m x 2.4m beds that have been installed on the boundary between Plot 1 and Plot 1A 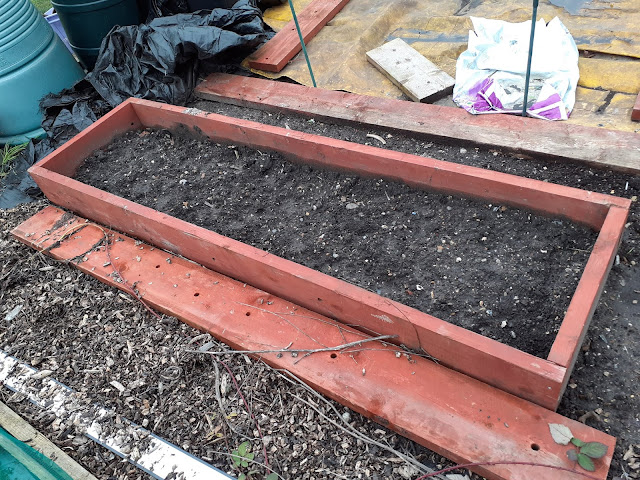 The problem now being that I will at some stage have to move the bins and their contents into their final locations, but not until they have composed down some more and all fruit flies and died off.

I now have a number of empty buckets that I washed off in the dip tank and left to dry as I did other work and these came home with me and will be filled with the compost/coir I have in flower buckets in the back garden to fill in the narrow bed in the picture above.

Jobs to do at home