A really sunny hot day, I started work early and decided that I needed to visit the allotment to water as I didn't get to visit yesterday. I found that it was 104 degrees in the greenhouse and lots of plants in there dead or looking really in need of water and may recover.

I've lost some tomatoes that were in the greenhouse and need to sort out some shade before re-stocking, Toms outside have been knocked over by the foxes and they have taken out and killed one of the sweet corn, little darlings have also dug up loads of the woodchip looking for worms again. Not to mention having a poo on my paving slab path

So two hours spent clearing up and watering, potting on one tomato that has grown too large for it's current pot and needs support. I have another half dozen that need attention, but ran out of time.  The allotment was very busy early afternoon and everyone was working hard and watering so the pressure was very low which made watering an even longer process. I'm glad I now have multi outlets as I can at least leave a hose watering one area whilst I deal with another when the pressure is high, I just need to get there before or after the busy times.

In the evening I potted on three tomatoes at home, again they have outgrown their pots and supports, and now they are in square flower buckets along the path with the others. I also watered Sids garden as he is away for a couple of days.

Below is a picture of my first bunch of spring onions from the allotment this year, and a bic biro for scale 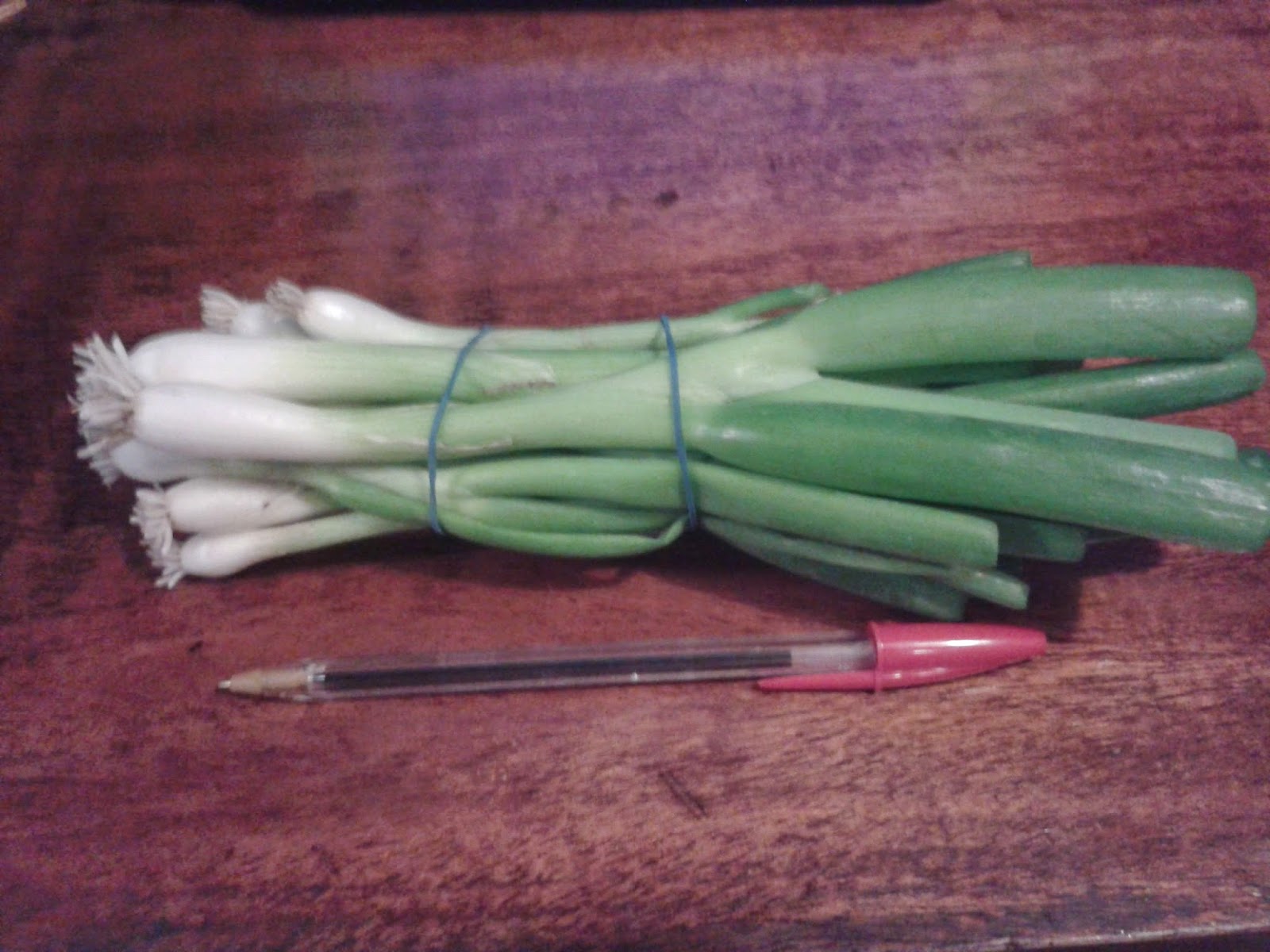