Thursday 26th February 2015 - I cut the timber roofing battens to the correct length for the vertical members to the pea frames, as I was unable to drop them off to the allotment and needed the front seat of the car back.

Sunday 1st March 2015 After all the predictions of rain sweeping over the South, it's actually a nice sunny bright and warm day when the wind is not blowing. I managed to get the grape vine trimmed up and have loaded the incinerator with the Brussels Sprouts stalks I could not hit into submission with the hammer. Those I could are in Dalek 4 along with two dead flower arrangement from Valentines day donated by my wife and daughter. 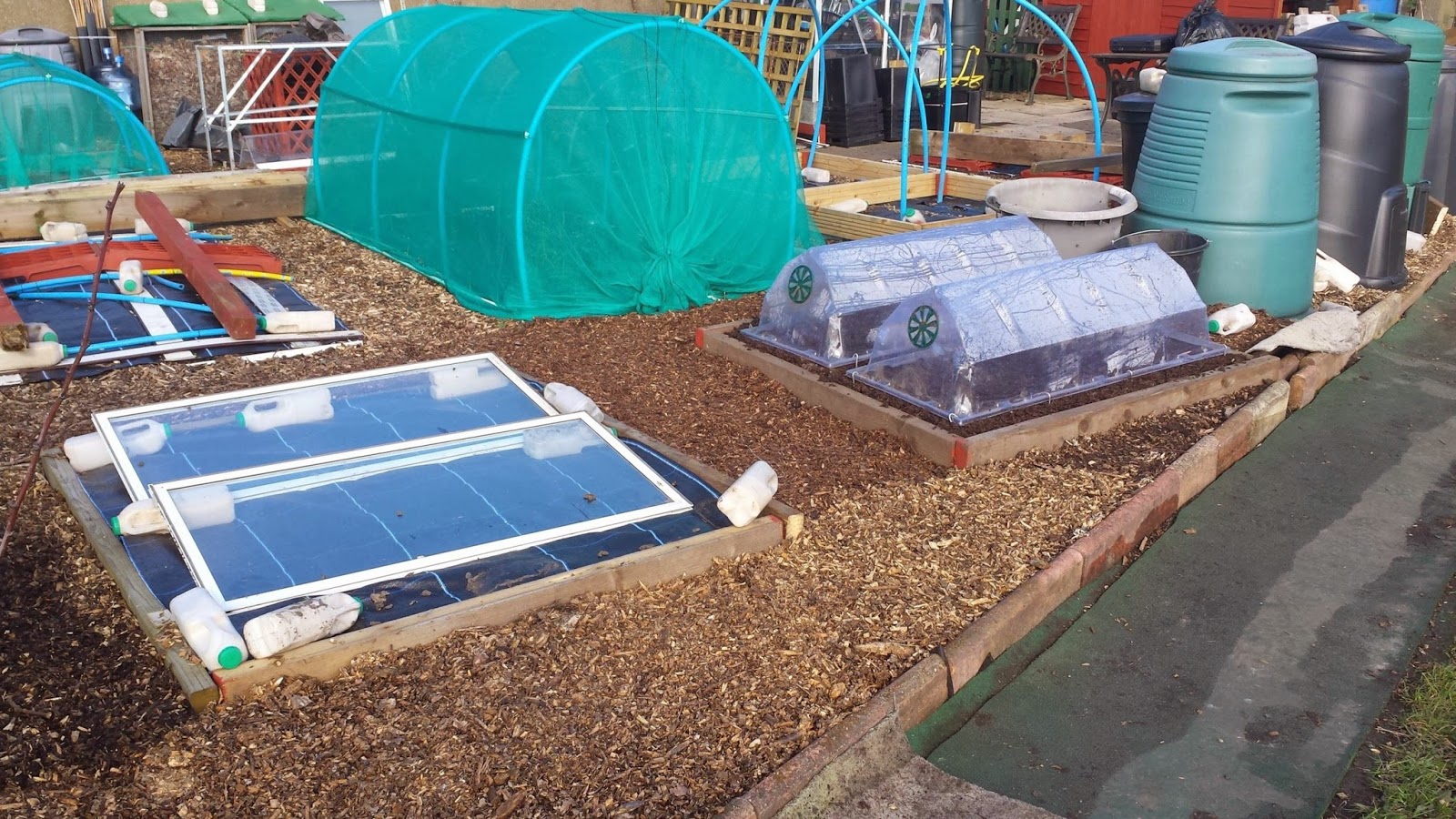 I managed to install the weed membrane under the kerb edgings and build up the levels around the bottom of Bed 15A and I have now used all the saved woodchips to complete the paths around beds 15A & 15B. Bed 15B has had a topping of composted stable manure and I have fixed two solar tents on the bed to start warming it up ready for sowing.

I was just walking to the car to get the paint for the timber for the pea frames and my drill to work on the hoop frames sitting on bed 8 in the back of the picture below, when I spied two daughters and a wife trying to get as near as they could without me seeing them coming! They had decided to come and see just exactly what I have been getting up too down the allotment. Good job I have been working and not going to the pub

So a change of plan and I tried to get some of the timber apart and de nailed to make more bed frames when my Sister arrives to see me. So now me and the four ladies in my life are all on my allotment!. The winds picked up and they decided that they had seen and stayed long enough, so they went home for tea, coffee and to get Sunday Lunch ready, and I continued with the timber and tidying up the allotment for another hour. 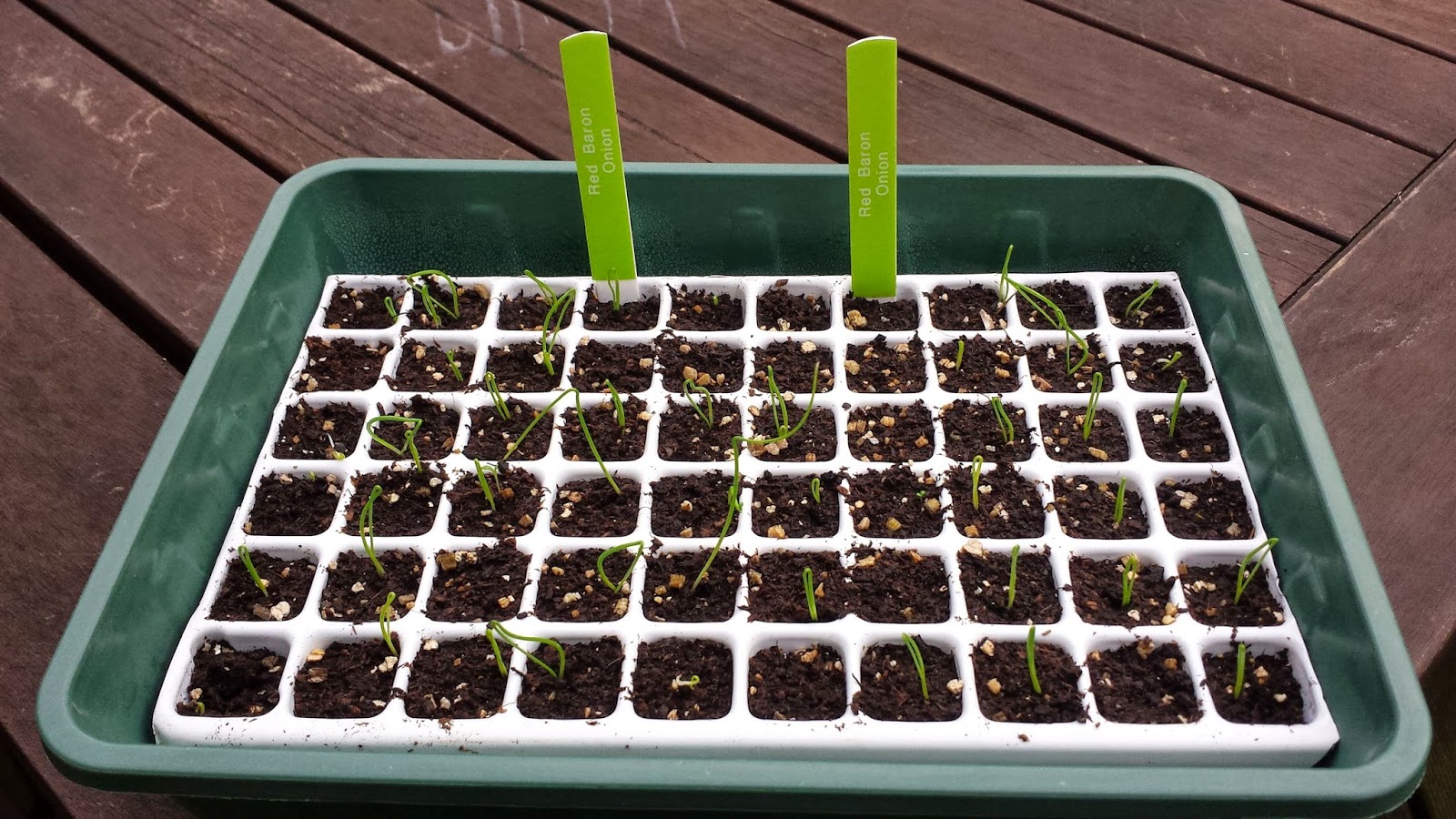 On the home front the Red Baron Onions sown on Saturday 21st February 2015 are germinating well and growing a little larger each night.

As JRKO has done on his diary if you Copy and paste these numbers 51.385926, -0.160837 into Google and then select maps, then Satellite view and Zoom in as far as you can go.  The red pin is where Beds 15a & 15B are. The Picture is early last year as only nine beds and paths are in and it's before the greenhouse was erected on bed 6. 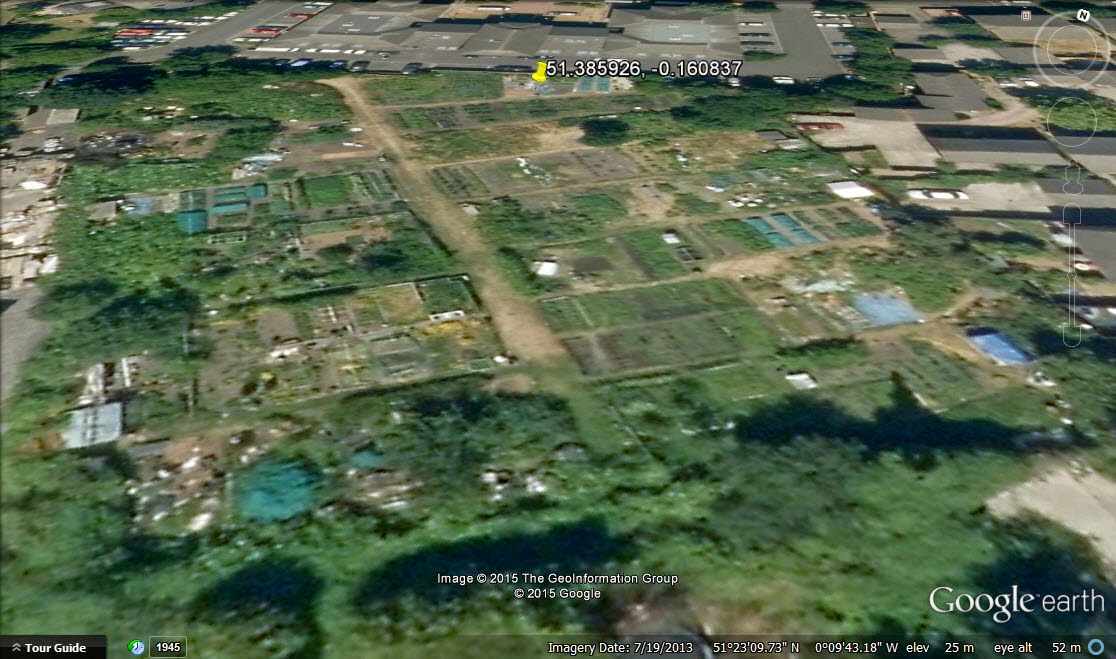 Once the better weather comes I will get some of my own aerial views with my Quadcopters, Yep there is another drone coming for my Birthday
Posted by cadalot at 20:29