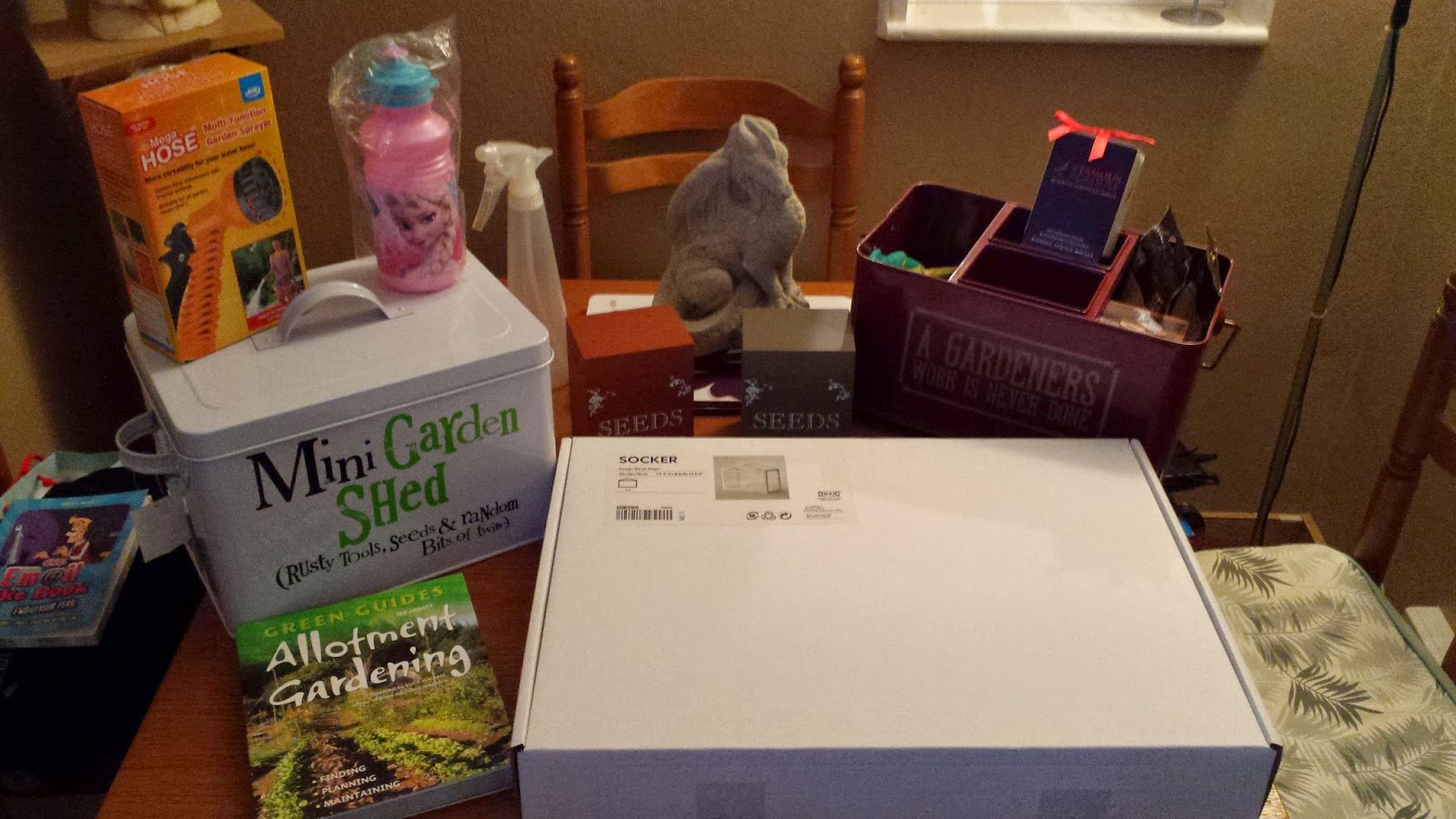 Back garden clearing and a sack full of leafs for the allotment. I sieved a sack of Verve and I have to say its at least a 1/3 full of rubbish, dross and lumps of nearly composted material this year. That 1/3 is going to the allotment to be added to my own compost daleks to be broken down even more. I really want to get to the point where I make my own and only buy for seedlings.

I did really well for birthday gifts and they have done their couple of days display in front of the fire, as is tradition, (my wife's family and now ours) and there was still a lot of gardening related stuff, including an indoor greenhouse from Ikea. Good idea from the daughters but they forgot to negotiate its occupation of space in the house, with my little triffid. I have explained to Mrs C that it will not keep out rain and will turn into a fish tank if I use it outside and a build it and we will see if we can find space for it has been negotiated

They also got me a spray bottle which was given to me before the greenhouse and was a clue, which I didn't get. other items for the Allotment was a Frozen water bottle (a pee take as I sing the frozen let it snow as a pee take changing the words far too often and I am threatened with having to sit and watch the film if I'm norty) A hose end for the expanding hose they bought me for Christmas

Other items include Gloves, Water Retaining crystals a Packet of 8 Seeds, a Dragon to guard the allotment from the Travellers that invaded the site next door. Two seed boxes that happen to fit in the metal tool box that my Brother in Law bought me, complete with a paper pot making kit, you can't see it because it's in the metal box.

Emma's boyfriend bought me a gardening book to add to my collection and my Niece the Mini tin Garden Shed which with having the odd mouse getting in and eating soap and anything else they can was greatly appreciated.

You may spot a small bottle of whisky for the adding to coffee from the flask again for the allotment and cold days
Posted by cadalot at 20:24