Timber cut for Bed 15B, it was hard going because it was damp but it's done!, I just need to paint the cut ends with some preservative. The red wriggler worms were all around the lid of dalek 2 and when I opened there were masses of them. The little blighters started heading for the ground but I opened dalek 3 and chucked them in. What got me was the way they followed each other down the side if the bin, I had to run and get the phone to take the first photo and a lot of the faster ones were already at the bottom of the bin.

I gave both bins a good mix up and drilled holes and loaded with coffee grounds again.

The timbers for bed 13 are now laid out around the bed ready to be dug in on a following visit.

I also managed to make 20 odd milk bottle soft bricks as the trays of sand were dry and low and behold the second sack I picked up off freecycle was bone dry, So I now have more than enough soft bricks.

I cleared all the timbers and flower buckets off bed 15B and left it un covered to dry out a little.

Cleaned the green algae off the pitched roof sections of the greenhouse then ended up cleaning all the plastic panels on the outside, but I could not reach the opening vent at the apex on the back which is the worst until I move and deconstruct the stored pallets. 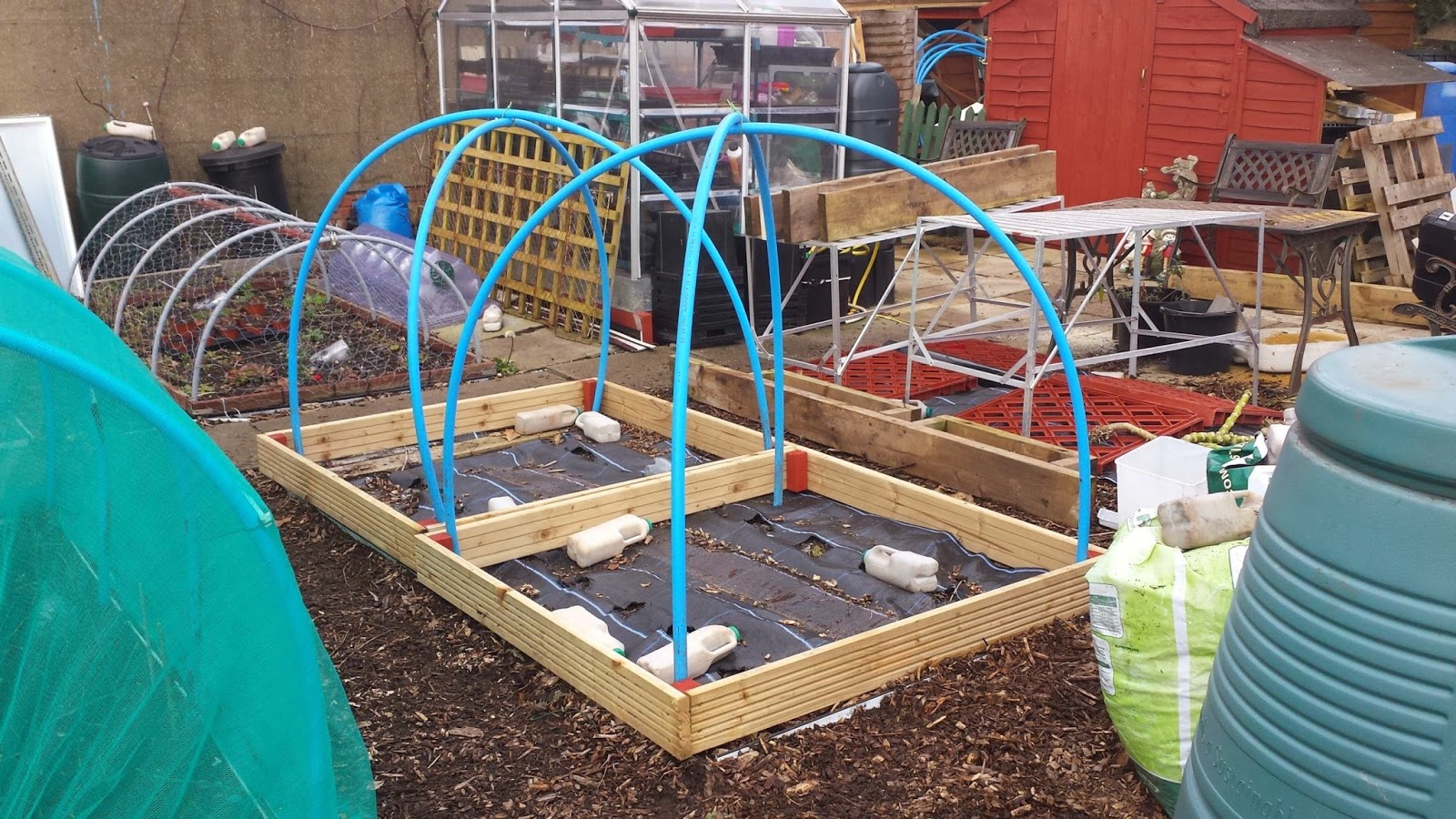 Cleared more timber and had another burn up in the incinerator, and I have tried the hoops in the two 1.2m x 1.2m netting hoop decking base frames. I don't want to cut the hoops as they are made to be pushed in the ground but If I screw to the base and go from corner to corner, I can get away with two hoops per frame and they are the same height as the others than run perpendicular to the long side of the bed.

At home later I have sown

These are in the unheated greenhouse so we will see how they go. Sieved a load of verve compost and put in plastic washing capsule boxes and I have left them in the kitchen to warm up a bit for the next lot of seed sowing.
Posted by cadalot at 07:39