Water the contents of the greenhouse and grow house 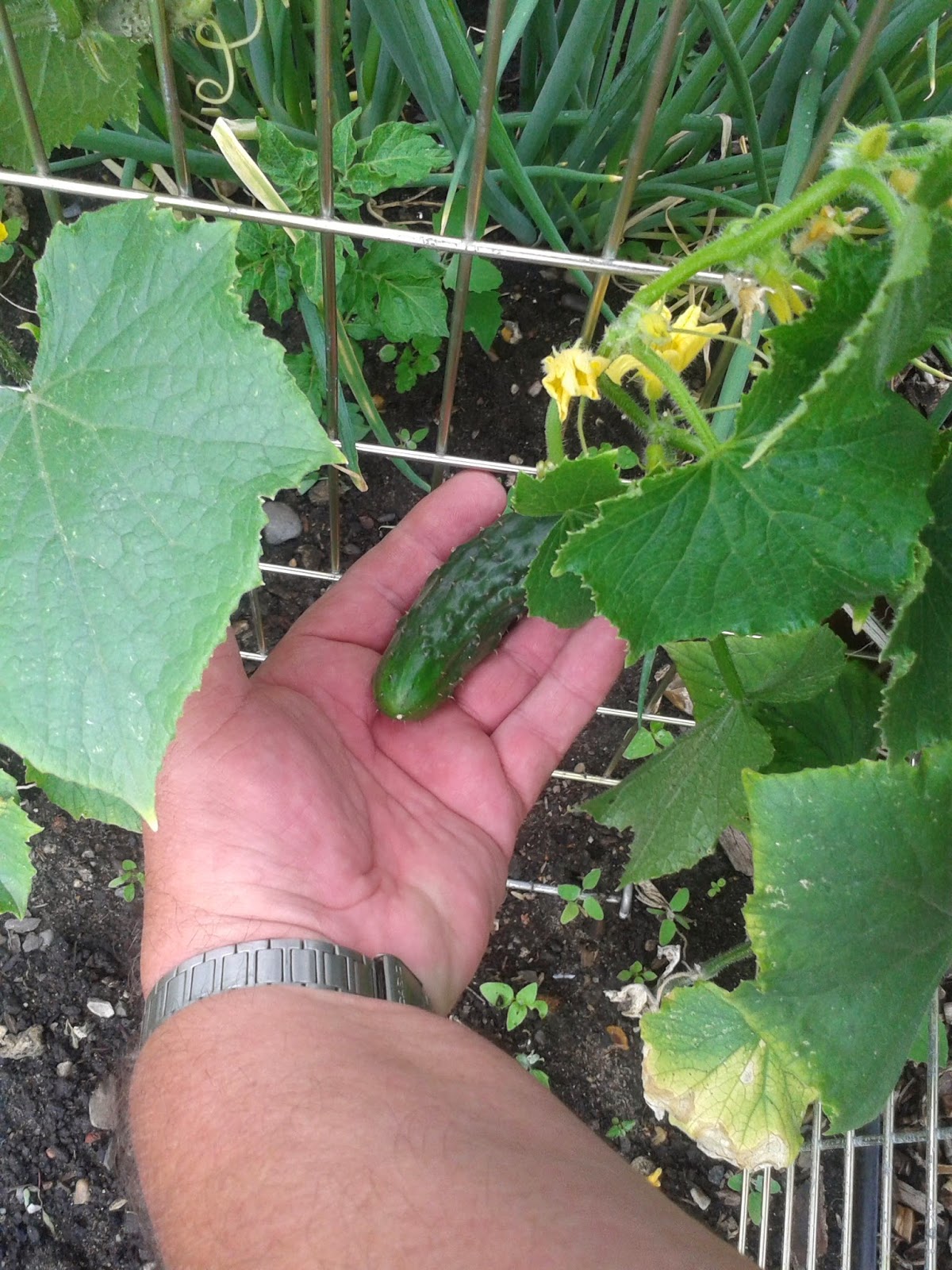 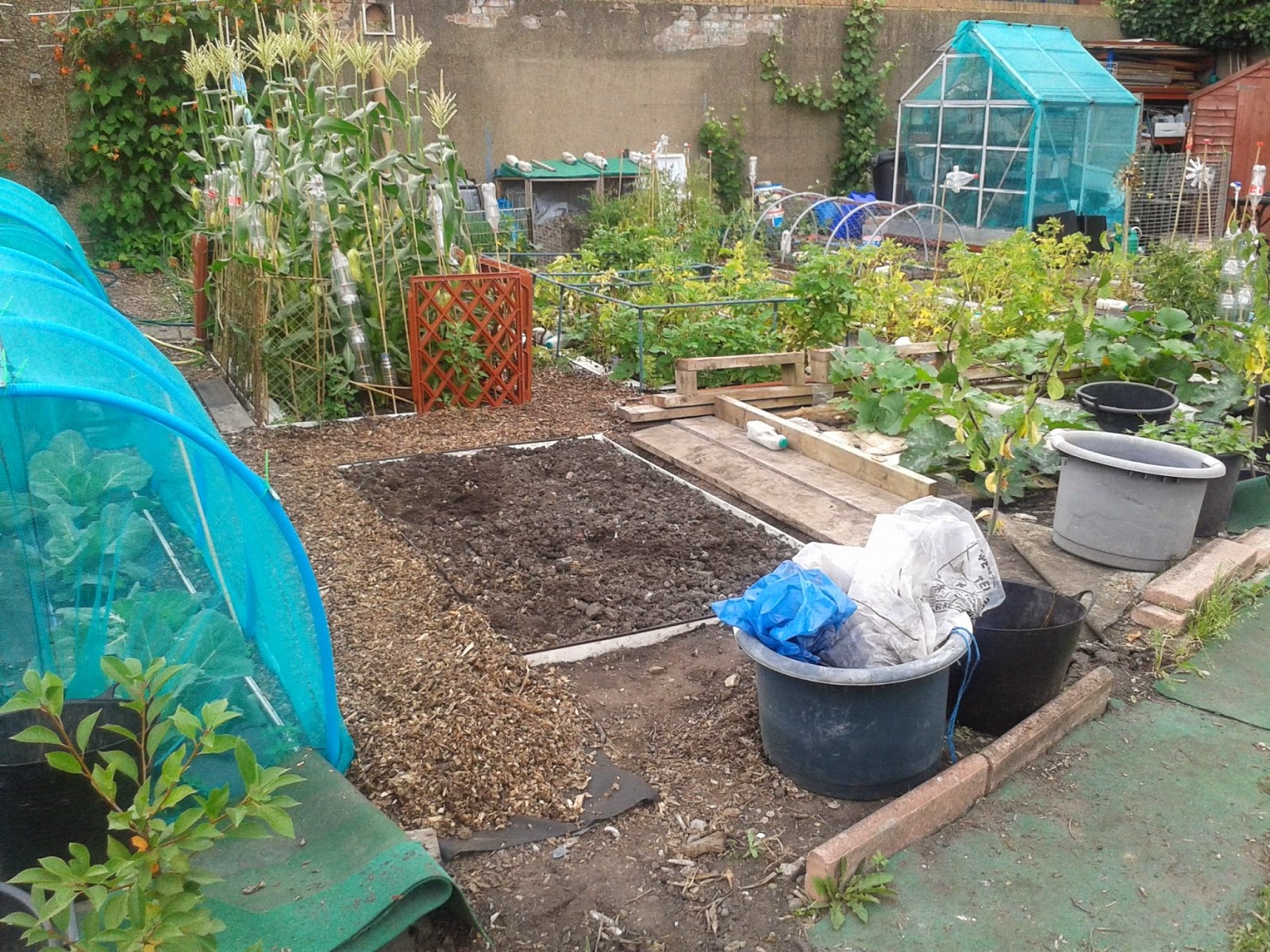 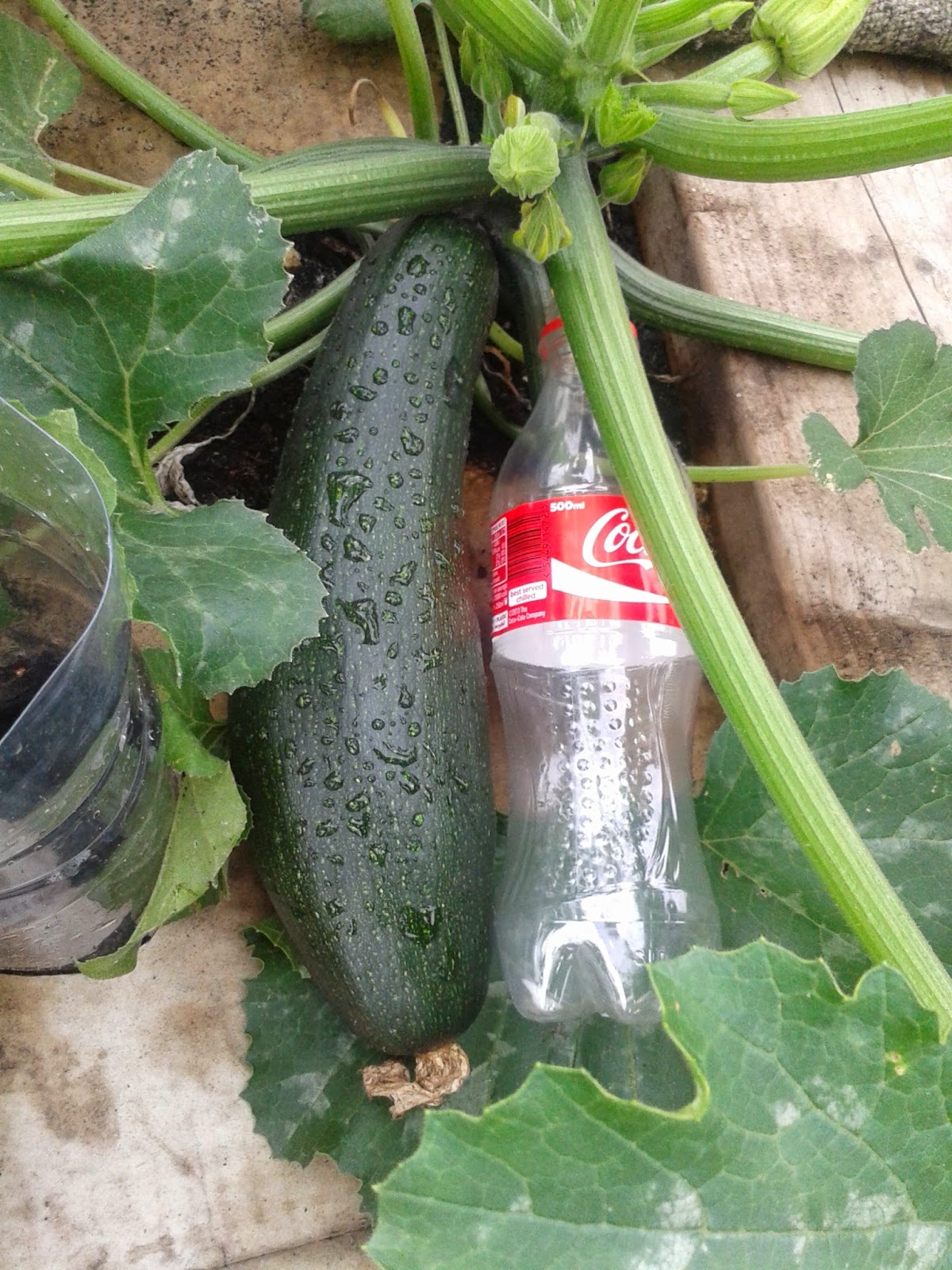 Albert - The Marrow (named after Albert Einstein as I'm a clever so and so for growing him apparently) is doing very well, not many others yet 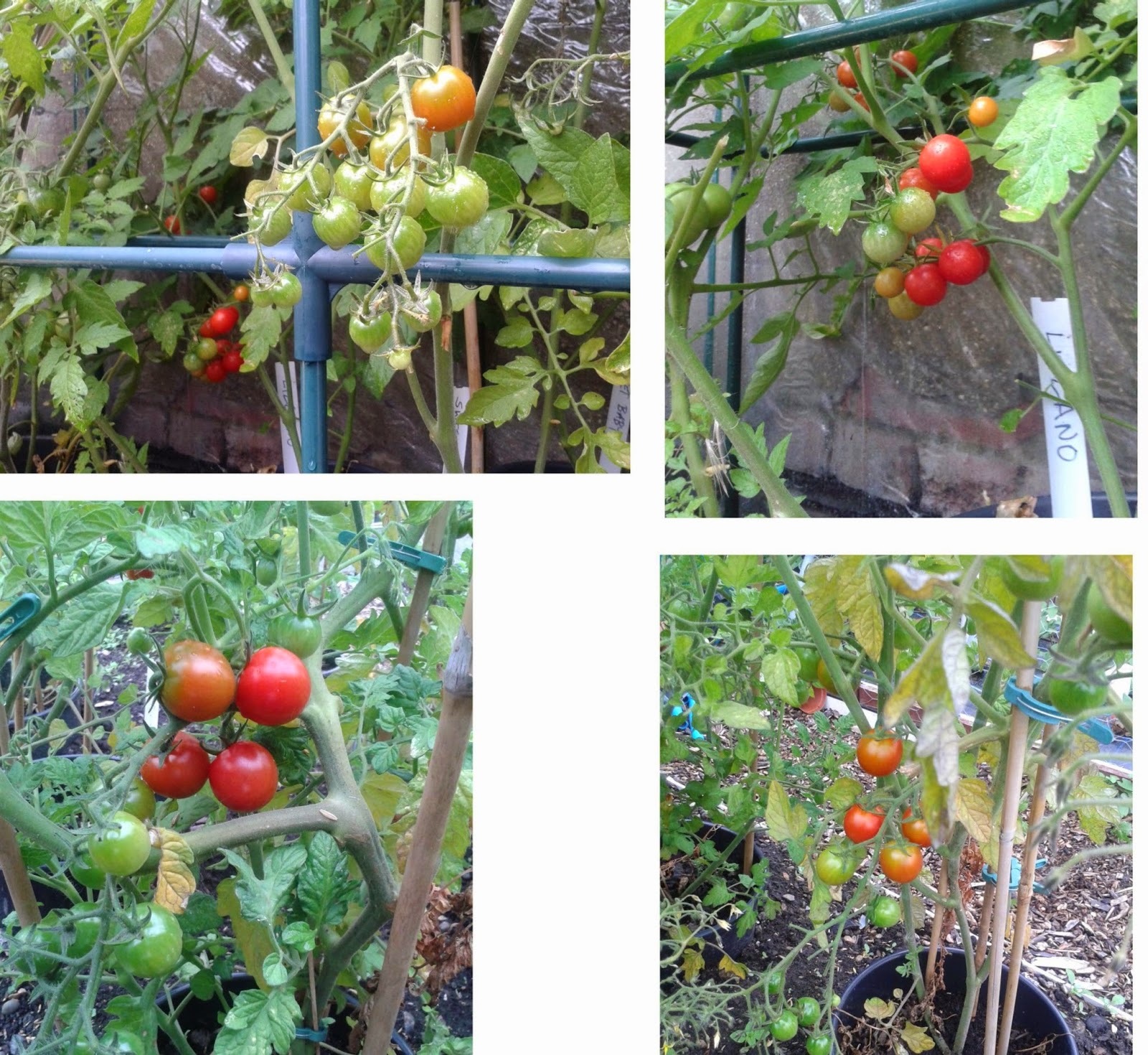 Plenty of Red Tomatoes but they are in the back and not in direct sunlight so how does that work? 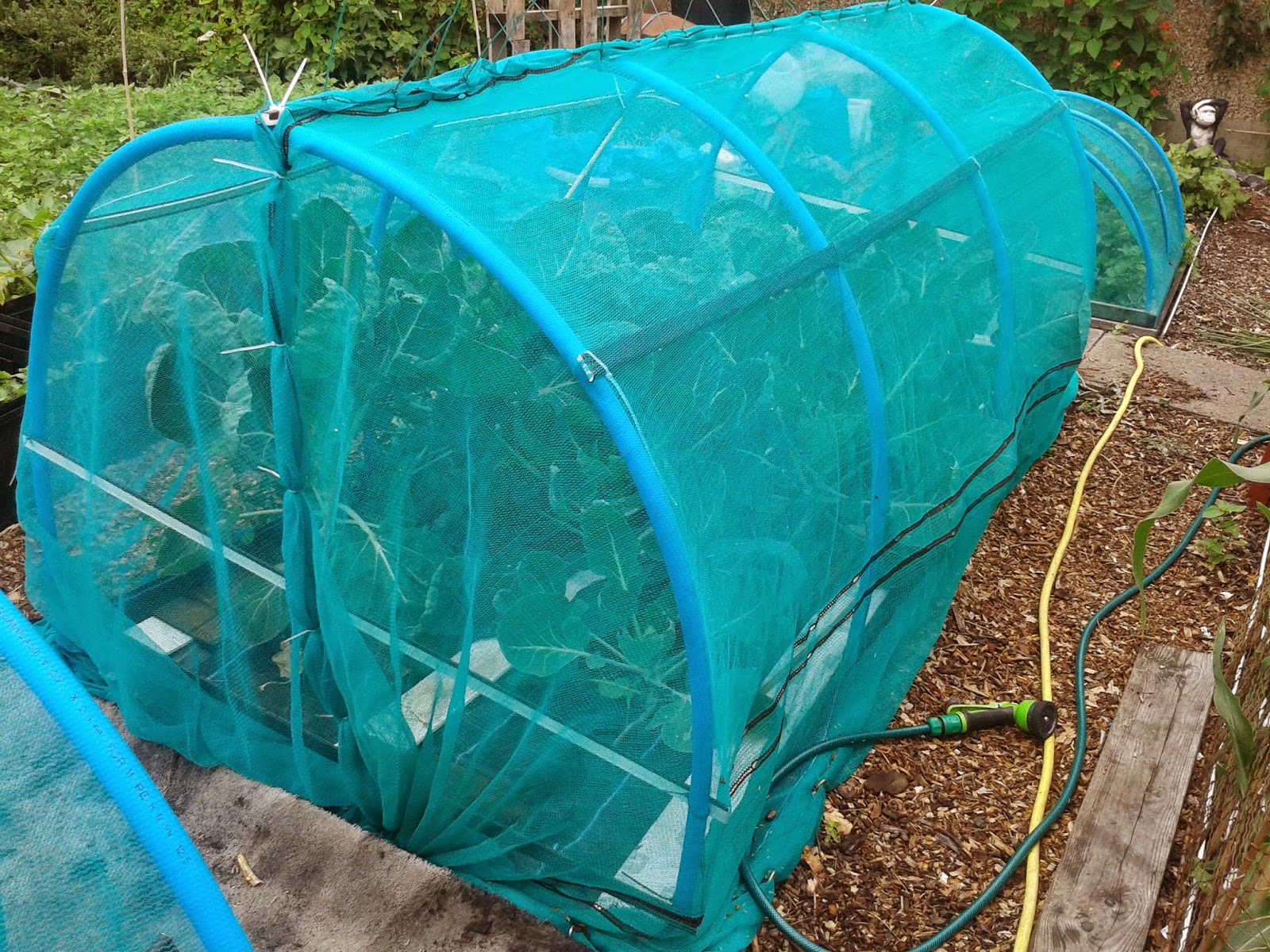 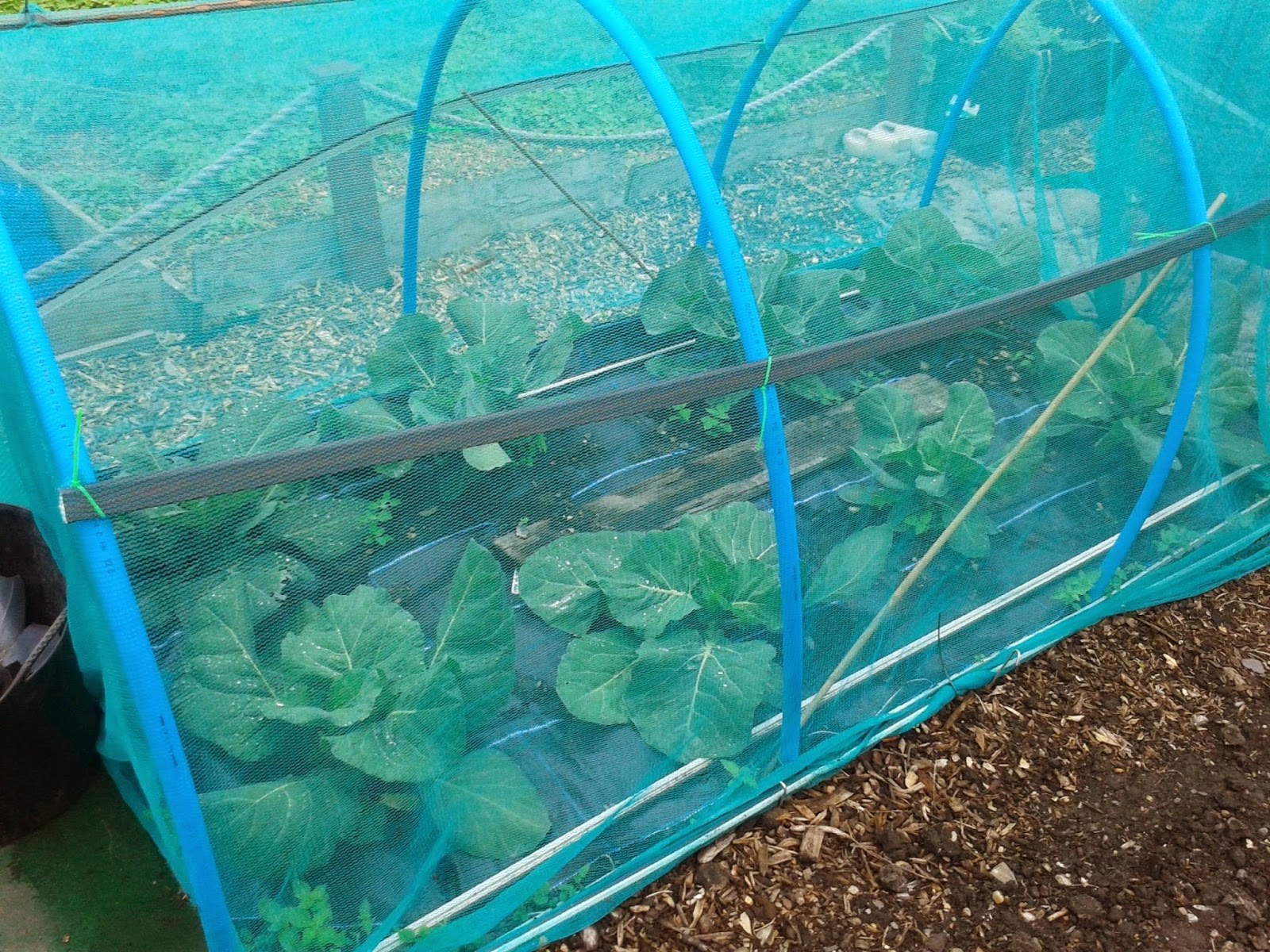 The Cabbage and the Sprouts are doing really well, I shall soon have to extend the hoops and netting on the sprouts. 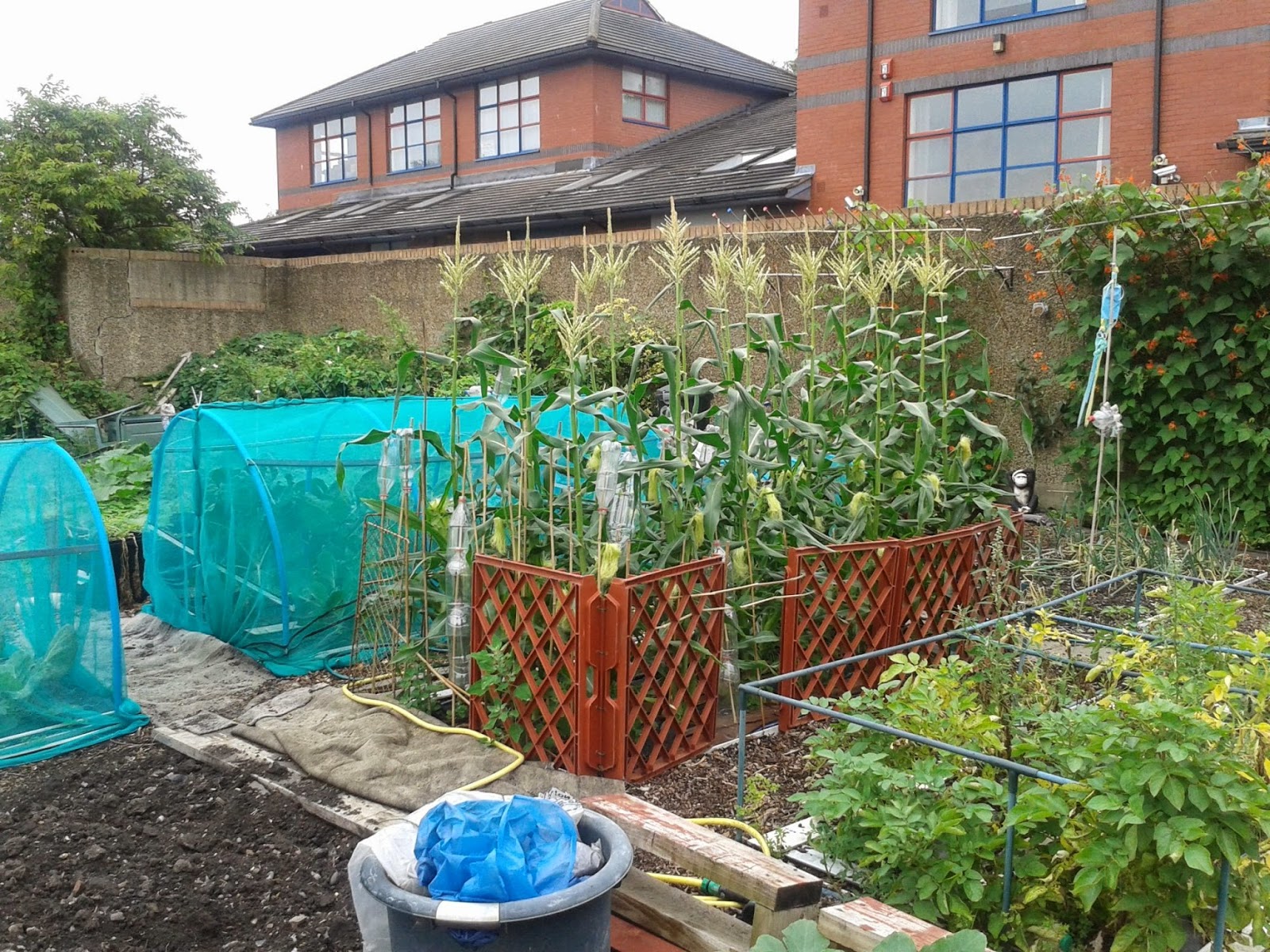 Sweet Corn tassels are beginning to go brown, but I note there are a few corns with two per stem, Each visit I give a little shake all around the block. 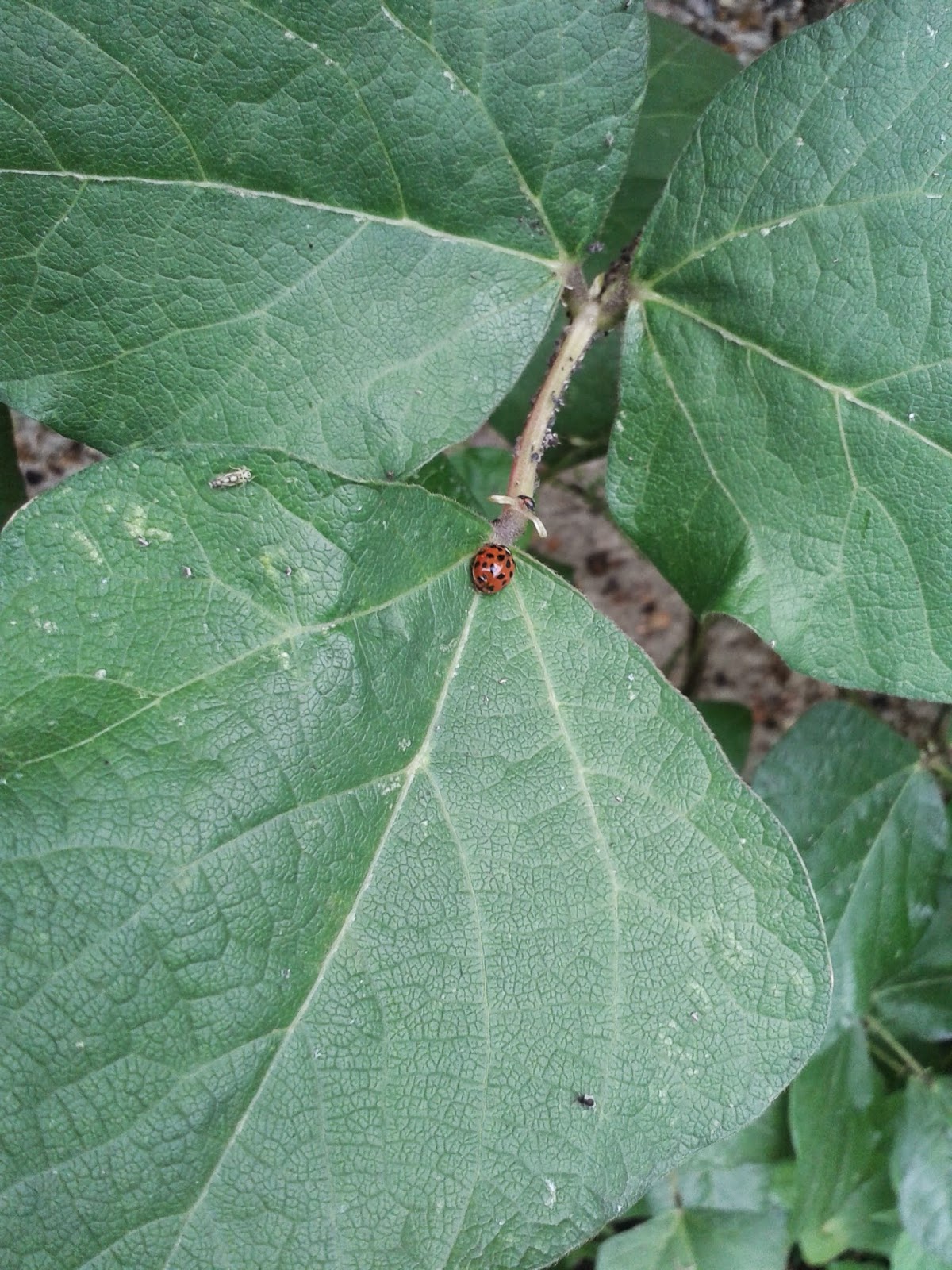 Aphids are being eaten by my ladybird army. so I'm glad I made the bug hotel now
Posted by cadalot at 08:47