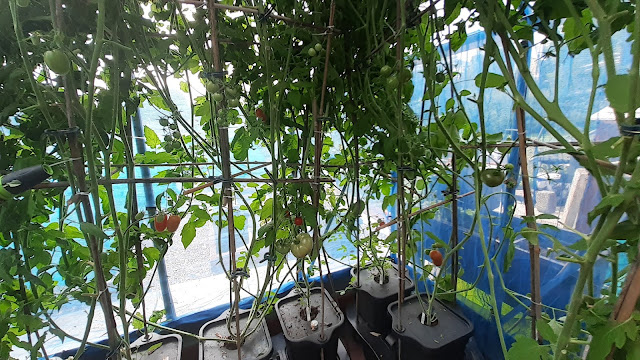 The tomatoes in the Greenhouse are holding their own and as it's not been too hot the Quadgrows Smart Reservoir still had water in the bottom. I filled up the 4 Quadgrows and then recharged the Water Butt and filled them all up to the limit, and then recharged the Water Butt again ready for next weekend. There are a number of red tomatoes developing in the greenhouse, and it looks like a bit of a tomato harvest will be possible next weekend.
The Crimson Plum tomato plant out on the plot is still holding off the blight at the moment and I'm hoping for some red tomatoes off that next week as well. 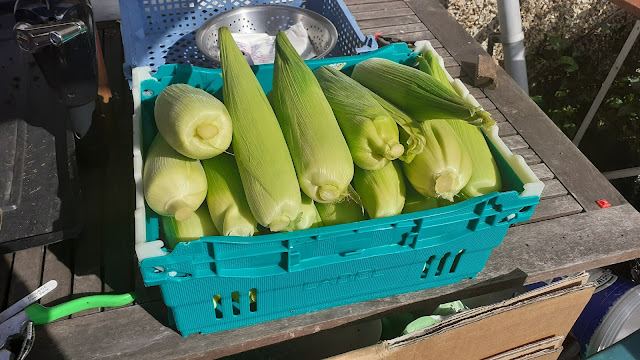 Marshalls Tyson F1 Sweetcorn harvested and husk cleaned back to the minimum for transporting home. The germination rates for this variety were poor, the quality of the final cobs was reasonable but not as good as the Marshalls Alliance variety I grow in 2019.
In their defence the weather this year has been very strange and everyone has noticed it's had an effect on the growing season with many varieties of vegetables under performing or bolting. 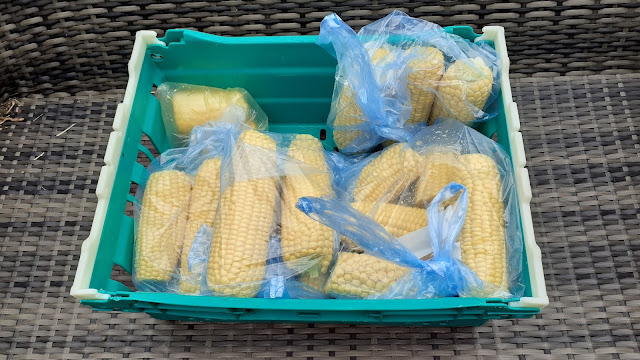 Remainder of the husk removed and processed ready for the freezer. The trug load of husk and trimmings were taken back to the allotment and was distributed into two Daleks and topped off with comfrey and cardboard late afternoon. 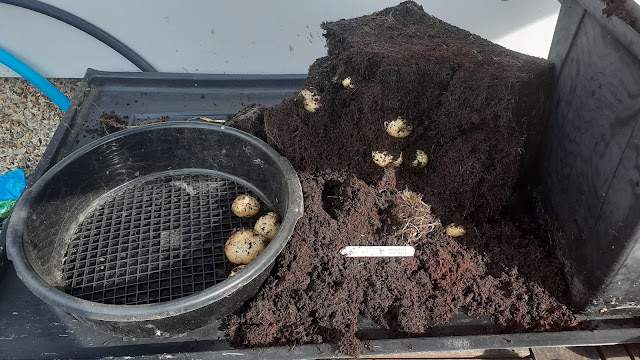 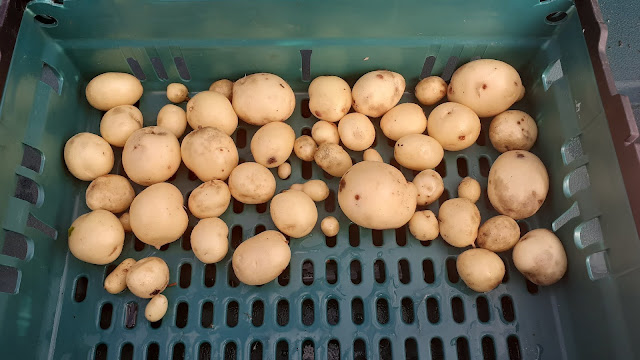 First Bucket weighed in at 1025g 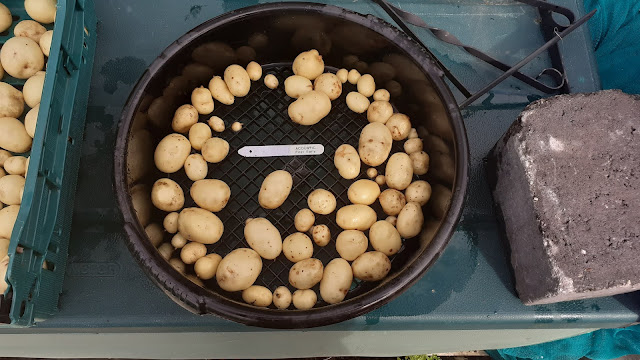 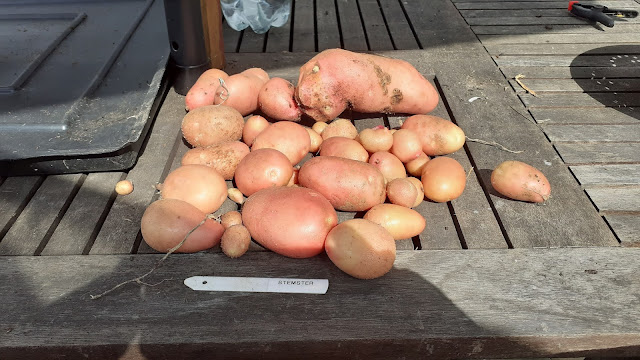 One 30 Litre Bucket load of Dobies Stemster main crop potatoes yielded a harvest of 1545g We had some of these with our Sunday Road and they are a nice spud, which is good as I have a few more bucket loads to harvest yet. It will be interesting to see what yields I get in the other buckets. 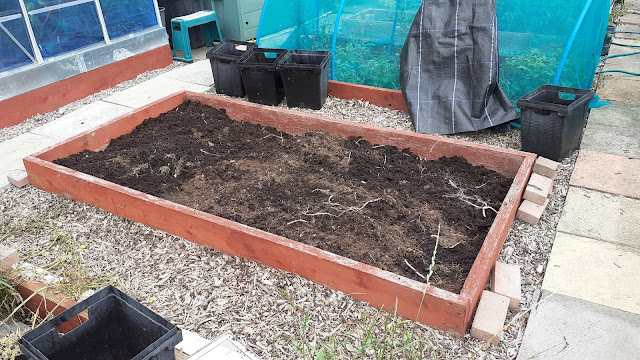 The spent compost and coir mix from the spuds in the buckets was added to the bed in front of the plot 1 greenhouse, leveled and then covered with it's winter weed membrane blanket.
Pebble pools dropped off at the allotment. Installing them will be a Winter infrastructure task ready for next years growing season.
Posted by cadalot at 22:02