First SFG Bed Is In.

Another early arrival at the plot and I set to work pulling the tarp from under the herris fencing and removing the timber that was under it. 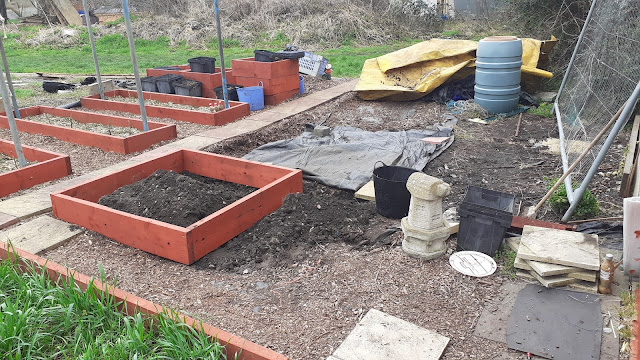 More woodchip was removed and the weed membrane cut to the line of the main path enabling the sheet to be folded back on itself. I had just started digging and weeding when John the fire king arrived and asked if I had anything that needed burning reminding me that we only have 15 days in which to have fires, and then it's no more fires until October. 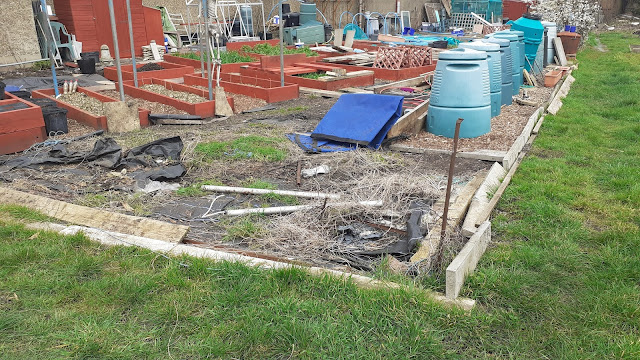 I had already been tidying the area in the South West corner of Plot 1, and extended the search for rotting timber that I had inherited when I took over the plot and surprisingly there were four wheelbarrow loads that John took and burnt for me during the morning. 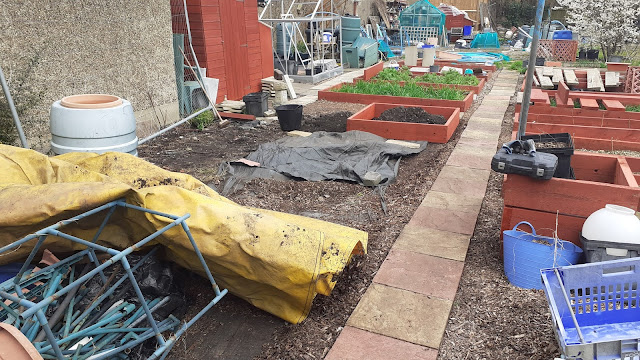 When you have trouble getting up and down on they knees its not easy assembling the beds on your own and holding the corners in place as you screw them together but I managed to assemble the bed and dug out a slot so that the left side could lay level.

I've left the soil in a mound in the middle of the bed so the fox can come and do his inspection and have a dig for some worms. Two robins one skinny and the other a little fat ball, have been around me most of the morning and I named them Laurel and Hardy.

I came away from the allotment with four sacks of rubbish and have negotiated with my sister to occupy half of her brown wheelie bin for the next collection. I'm hopeful that there will be ample dry days in March that I can get the SFG Beds, the Rhubarb beds and the Solar Tunnel and greenhouse installed by April.