So Much Foliage So Little Squash

With my daughter not going out this morning I was able to get to the allotment. First thing as it was 8:00 and not much background noise from the occupants of the newly constructed flats to the side of my plot, I made a video for Sean James Cameron of the gardening podcast as he has been light on videos the last few weeks.  This time of year it's only the die-hards that are still working their plots and putting the beds to sleep for the Winter, or getting in over wintering produce.

I then set about clearing the foliage from the two beds of Winter Squash, one Mashed Potato and the Other Baked Potato. To my surprise I found another Baked Potato squash hiding below the foliage.  I cut up the green material as much as I can as over the years I have found that if you give the works and other critters smaller bits to work on they do a much better and faster job of making good quality compost for you. 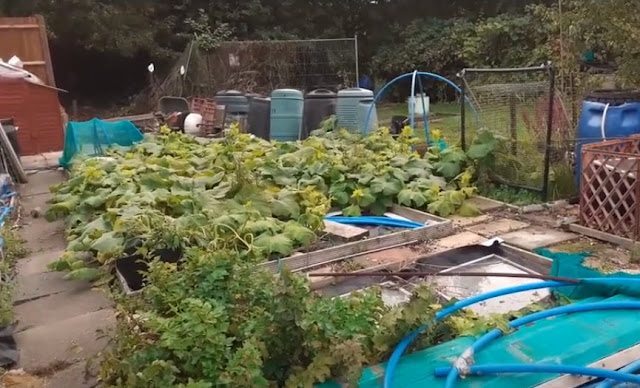 The butternut squash had taken over three beds and the paths in between, it had tried to escape down the access path and onto plot 2 and I have to say I was expecting a huge harvest. I was in for a surprise! 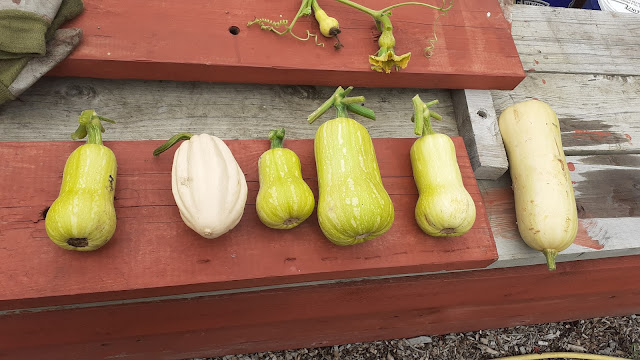 This was the sum total of the squash I harvested today! 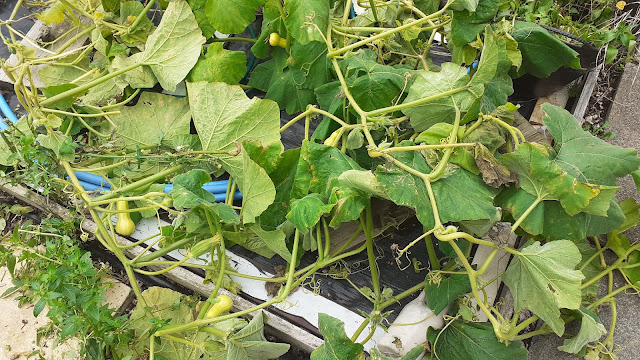 Lots of small underdeveloped squash had started to grow but it looks as if the energy of the plants and there were five of them went into growing vegetation and invading the neighbouring paths and beds. 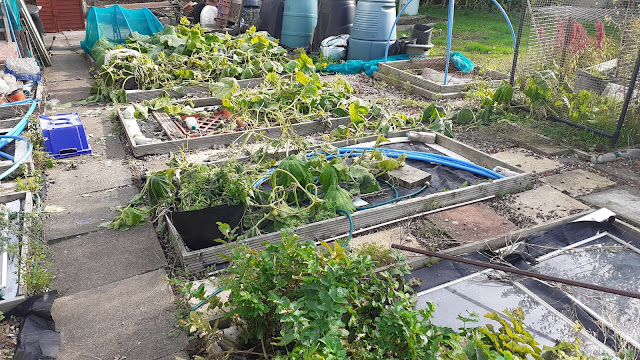 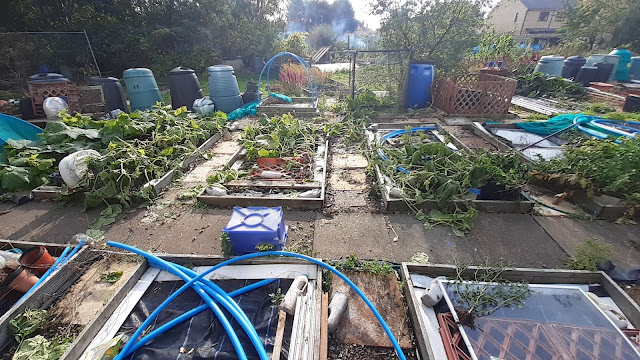 All is not lost, I have cleared all the paths around the beds, but I ran out of time and I still need to go and cut up and feed the foliage on the beds to the next hungry Dalek.
Bottom line; Not a lot of produce, but at least I got a load of greens for my composting efforts.
Posted by cadalot at 18:00