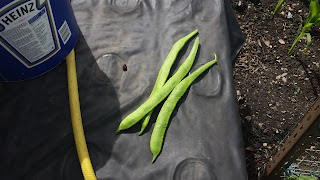 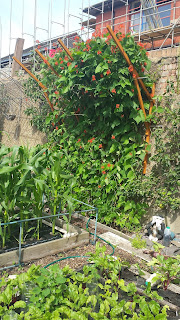 Yes that was my harvest this Sunday !


I can not believe that someone has been harvesting my runner beans for me and that its snail slugs or squirrels that are eating my beans. 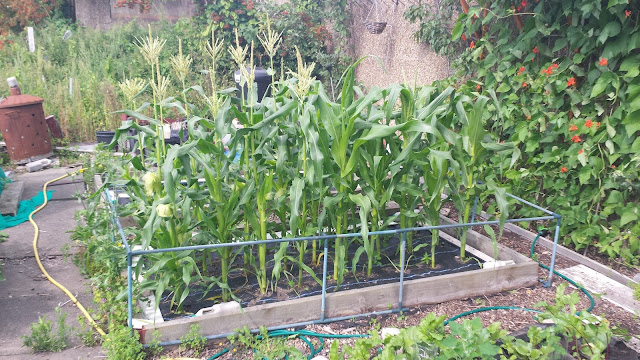 It appears that everyone is having a naff year with Sweetcorn all started off at the same time but the corns where they have formed are skinny, the plants are short and one half look to be a couple of weeks in front of the other half which is not going to help pollination. 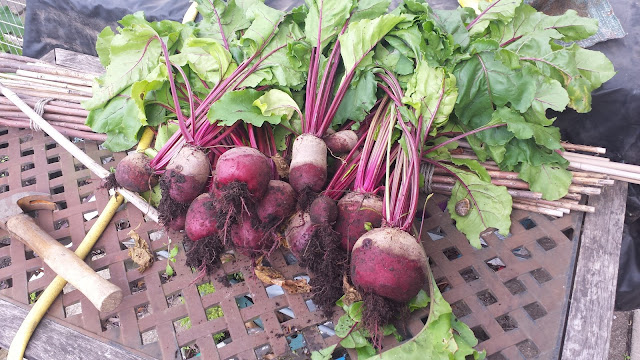 Wood lice were munching their way into two of my beetroots but I managed to get enough to do a pickling run. 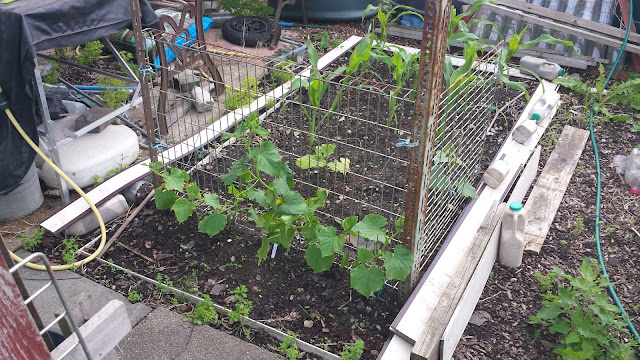 I know they went in later than usual but even the Marketmore cucumbers are not romping away this year. and the butternut squash in the background looks sad and yellow. 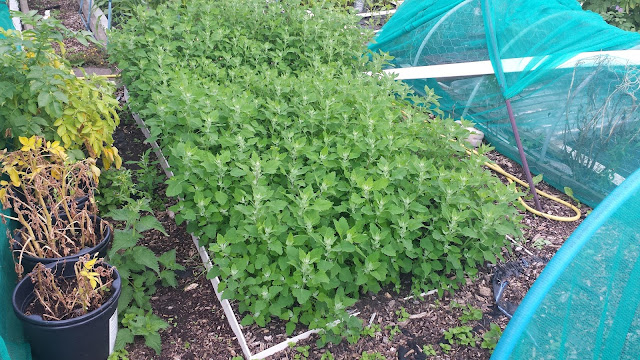 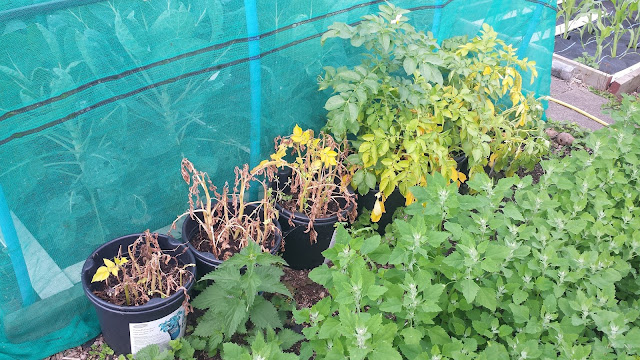 All in all it's been a rough year growing wise, well as all gardeners say "There is always next year! "