After a few weeks of bad weather an injury to my leg last weekend, I managed to get down to the allotment for a few hours Sunday afternoon. It's a little disheartening to see the bind weed covering the rhubarb and the weeds in the footpaths and bed but I had some harvesting to get done, there was no time for weeding!

The view above is the corner of the plot after I had strimmed the edges as idverde finally came and cut the grass but made a shite job of strimming the edges, they left two clumps along the bottom that I had to remove. My little battery strimmer did a better job than they did with their professional petrol equipment. I need to get the kurb edgings installed as it will give them and me an edge to trim too. 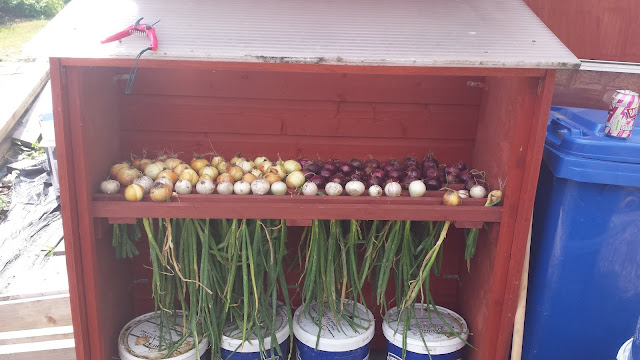 The onions were harvested from the full bed there were a few that were starting to show sign of white rot attack and they didn't end up on the rack they have been taken home to be sliced and frozen for adding to stews etc.  The overflow bed of whites have not really grown much larger than the sets so I have left them in place for the moment. 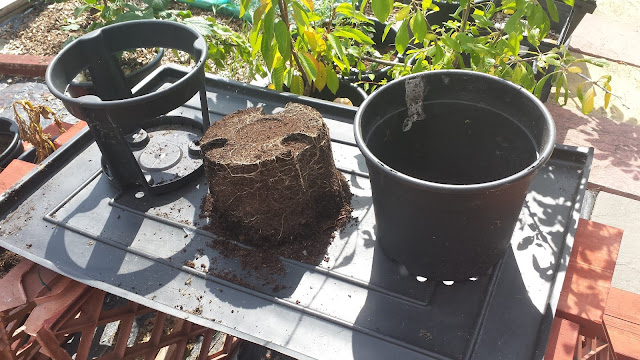 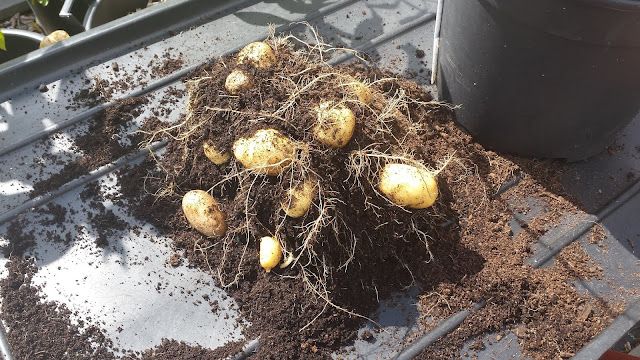 It's satisfying to brush the compost away and reveal the spuds 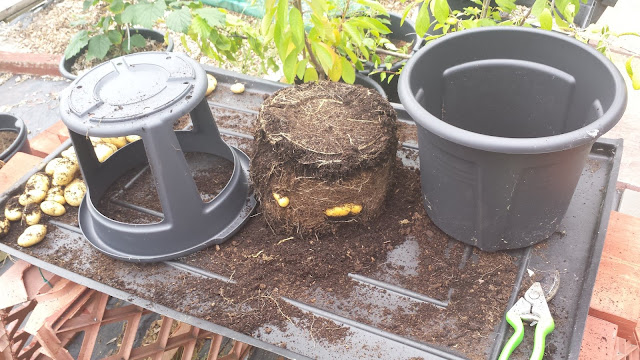 Had I been growing in the back garden then I could have lifted and harvest the spuds from the inner liner of the Echo Green Basic Potato Pot 330cm. I like this over the others I have  as there is nowhere for snails and slugs to lurk like they do in the curved strengthening ribs of the ones in the other photos of spuds in buckets. 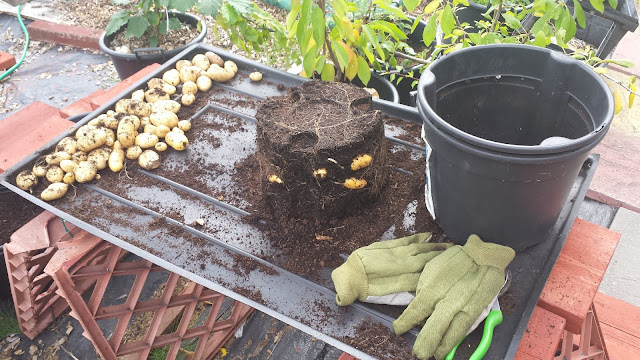 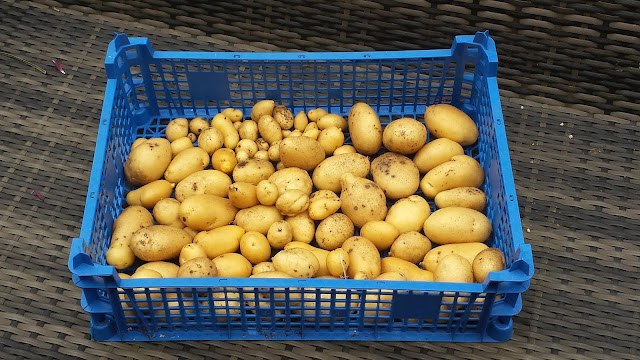 Not the best results I have had from six buckets of first early potatoes but they do look nice and tasty and will go down nice with a salad. My daughter Emma likes the very little ones so I will let her have them.

The sweet corn is really taking off and looking good. All six butternut squash plants are looking healthy, the 2nd early spuds have flowered and fruited and it will not be too long before they need to be dug up. The cucumbers are climbing the framework and are at the top and I can see small cucumber growing. I need to extend the netting on the gherkins and the Kiwano.

The foxes have been having a great time digging out the woodchips along the paths. There is a wasp nest in the greenhouse that needs clearing at some point in the future.

I managed to straighten up the pear tree that the fox had dug up and pushed over, and then it was time to go home to my good lady wife having accomplished at least a little today
Posted by cadalot at 18:00