Down on the allotment from 8:30 - 1:00, nice and quiet and overcast up until the last hour when the sun came out and the fleece ended being tied around my waist to keep my back warm.  Today I took 3 black sacks of paper shredding's down to the allotment plus compost from the beetroots and the runner beans, in addition to a number of pop bottle slug traps

2 Cauliflowers were harvested because the leaves were not wrapping around them and they were spotted by John when he came up to the say hello, I had not even noticed they had shown last time I looked they were nothing but leaf, in fact 6 plants still are. I'm hoping they will come to something as overwinters but if not, then it's just more material for the daleks. 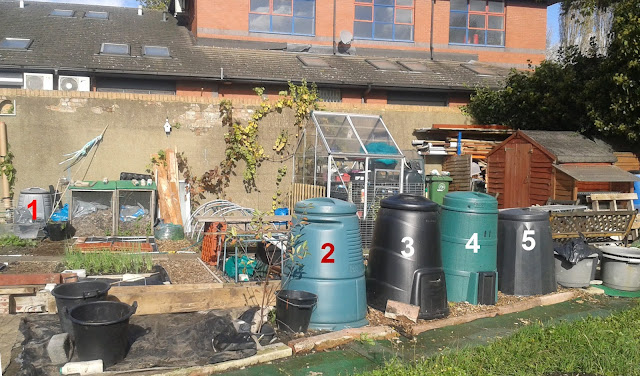 I managed to get two wheelbarrows of leafs from between the gates and used them to top up dalek 3 and a layer in dalek 4. So with the last of the comfrey being shared between daleks 2,3 &4 and the leafs from the parsnips and beetroots being shared, I now have 3 and a half compost daleks on the go. 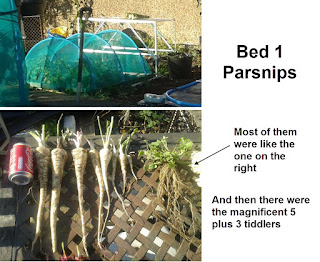 Most of the parsnips looked like the one on the right and they were dispatched to the daleks, but I did manage to grow and harvest a few good parsnips and the last of the beetroots. I also emptied the pots from the peppers into dalek 4 as the pots were a mass of roots, I knocked off as much compost and leafs with a trowel and them cut up the main root.

I have spent quite a lot of time cutting up the compost contents, but its worth it as the daleks work much faster with well chopped up material to work with.

Some of the comfrey I had cut has come back I'm sure it's only because it's so mild and it has not twigged that it's winter now. 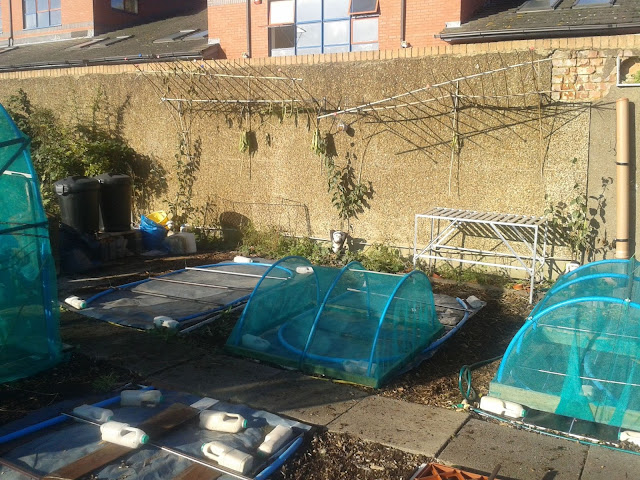 Bed 1 Put to sleep for Winter

Plan for the next visit is:-