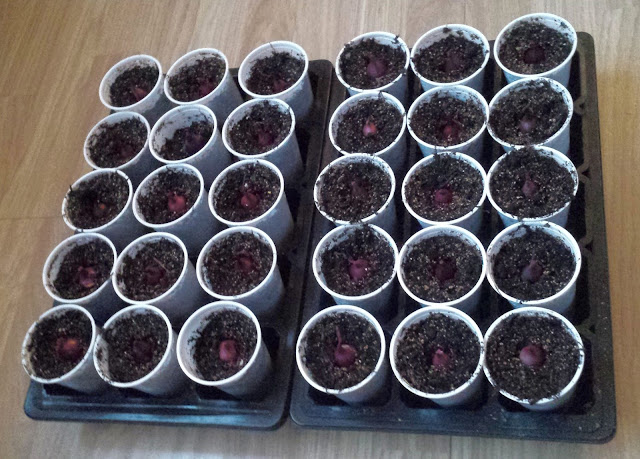 When to sow onion sets

Marshalls advice on How to grow Onions and Shallots can be found Here there are also some video tutorials if you are new to onion growing.

The best time to sow onion sets is mid March to mid April. If you are sowing red onion sets it's normally better to leave them until April as they are more prone to bolting and a later planting may help. Marshalls Red Fen and Heat Prepared so hopefully are less likely to bolt.

You can also plant sets in modular trays which can be kept in an unheated greenhouse or tunnel for planting out when the weather allows from mid March. I have never tried growing onions in modules first, however I've seen a lot of YouTube videos recently with gardeners doing this, and as I have room in my unheated greenhouse thought I would try a little experiment and plant half now in modules and then the rest straight into the ground in April. That way I have a form or sequential sowing going on with a month between sowing and can see if bothering with modules will actually make any real difference.

On Mill Green allotment I suffer with White rot which is a disease that affects bulb vegetables like onion and shallots. Once you’re onion crop’s got it, it’s impossible to cure as such and you’ll need to stop growing onions in the same spot for at least eight years. You’ll recognise it at harvest time by fluffy white mould with black speckles that grows around the base of the bulbs.


Have no fear there’s a great way you can prevent it getting to your onions in the first place!

Before planting your onions plant a crop of green manure called Caliente mustard. It’s a great organic means of creating a soil environment that’s uninviting to the disease.

Caliente mustard is a known as a bio-fumigant and once it’s chopped up and dug into the soil, it releases a natural gas that repels the pathogens that cause the rot along with many other soil diseases.

Just sow a pack from any time between March and October for a quick crop before your autumn-planting-crops or sow in November to overwinter for planting crops in spring. Just before it flowers, cut it down and dig well into the soil. 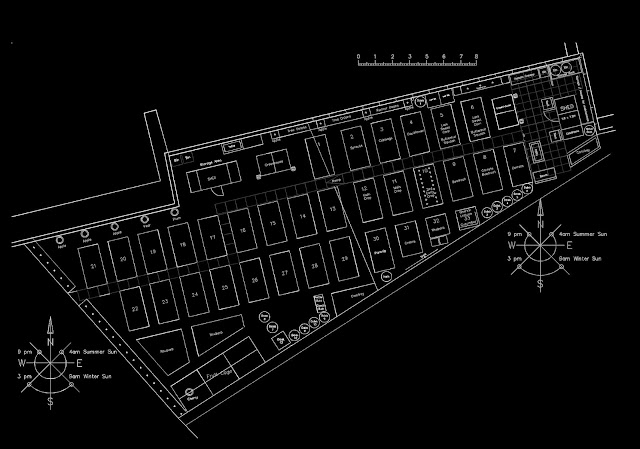 As I now have the additional plot my long term plan is to leave beds fallow, or grow green manure in them and feed the beds the year before they are planted in so that I can build up the nutrients in the beds and treat them for problems like Onion White Rot and Caliente mustard is now firmly on my radar and it looks like one pack will cover 60 square metres which is about 20 number 2.4x1.2m beds worth.

Before I found out about Caliente Mustard the other methods of control I was considering using were the Garlic Extract Cure or Equestrian Garlic Powder. The basic idea is that these methods causes the sclerotia to sense allicin, the chemical that gives onion family plants their scent. This tricks the sclerotia into germinating and, finding no host plant to infect, they will starve and die. This may help reduce, if not completely eliminate, the disease.

To make garlic extract, take a bulb of clean, disease-free garlic and discard the papery wrappers and the basal plate. Crush the whole bulb into 10 litres (two gallons) of water. Water it onto areas of your garden that you’re not currently using for growing allium family crops. Don’t be shy – use a lot!

The whole 10 litres (two gallons) should be applied to two square metres (21 square feet). Do this when temperatures are between 15 and 18°C (59-64°F) (From the Met Office Data for my area below May - September) as this is the optimum germination temperature for the sclerotia. An easier option is to rake or water in garlic powder, which you can buy quite cheaply in large containers from equestrian suppliers. 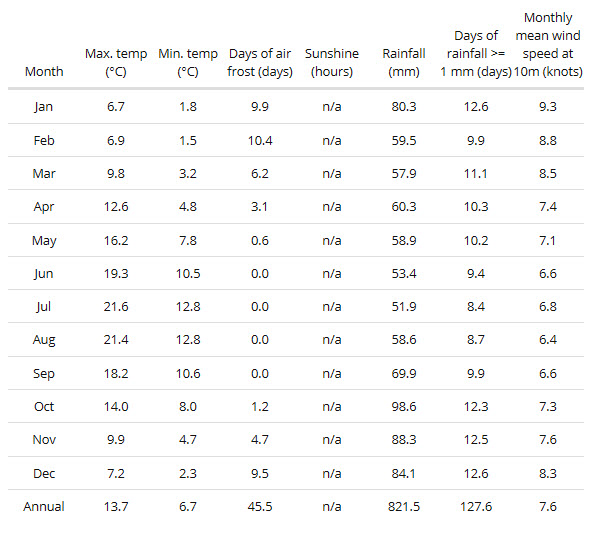 From the looks of all these methods, you really need to sow the mustard six months before or apply garlic water or powder and deal with the proposed area at least a year before you plant the onions.
Posted by cadalot at 11:18