The subject or trees on allotments is one that comes up on a regular basis, due to.


There are those council run and church run allotments that have put in place stringent rules for the planting and management of trees, indeed some allotments issue Tree Notices instructing tenants to reduce the size of their trees when they get over 2m.

Hastings Borough Council’s had been encouraging Mr Rock since 2008 to bring the level of cultivation of his plot up to an agreed and acceptable standard, as he had had planted 11 pear, plum, apple, cherry and apricot fruit trees on his allotment, hoping to make enough jam to give to his pensioner neighbours.

In February 2011 the council felt they were left with no option but to serve notice requiring him to improve the levels of cultivation as he was in breach of his tenancy agreement as his trees were not occupying sufficient space for the plot to be deemed as cultivated.

Rather than cultivate his allotment, Mr Rock sought an injunction and a declaration from the court to preserve his rights as an allotment holder. The Local Authority contested that Mr Rock was not entitled to the relief requested; the judge dismissed Mr Rock’s claim and awarded costs to the council and was forced to pay £650 in legal fees as judge ruled against him

However Mr Rock fought an epic David versus Goliath fight for almost two years to stop the council evicting him from his plot for only growing fruit trees and ended up celebrating a landmark victory and the case cost taxpayers £3,000. The case makes interesting reading and shows the problems in altering Allotment rules and applying them retrospectively


The London Borough of Sutton / Idverde Allotment Gardening Guide has this to say regarding trees on your Allotment.

“If you want to grow ornamental or forest trees, please contact idverde to discuss what you intend to do. We will try to find a suitable plot for you on one of the larger sites. We do not encourage tree-growing on normal allotment plots as large trees cast shade over a wide area and take water and nutrients from your and neighbouring plots. Where possible, you should plant small fruit-trees in the middle of your plot, not on the edges where they may cast shade over neighbouring plots.


Allotment gardeners must not remove or prune trees on allotment sites. If a tree is causing you difficulty please contact the Local Authority Tree Officer”

The main problem with this liberal wishy washy guidance is that, whilst they do not encourage it they also are not banning it, in part because the Allotment Gardening Guide is relatively young with the first version being written in 2010 and that the case law Mr Rock v Hastings Borough Council has set a precedence regarding applying new rule retrospectively

The second reason that more stringent guidelines have not been included within the Guidelines is that the Local Authority doesn’t have money or resources to monitor and enforce any hard and fast rules or guidelines.

I believe that better guidance needs to go into the publication or needs to be produced as a supplement to the Allotment Gardening Guidance document to advise new allotment holders how best to manage fruit trees on allotment plots, This needs to be discussed by the LBS Allotment Site Rep Association prior to and possibly at the meeting on the 19th February.

Only Fruit Trees should be grown on Allotments 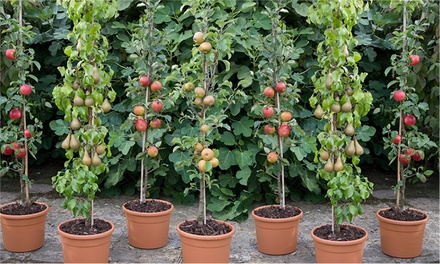 Trees should be located in the middle of your plot, or in such locations that they only cast shadow on your plot throughout daylight hours. If grown in plots or containers the roots will not become invasive on a neighbouring plot holder.

They should be maintained and not allowed to grow to a height greater that 1.5 – 2m maximum, those that do will require pruning back to an acceptable size.

Some taller fruit trees such as Bramley’s apple and taller plum trees will not be suitable for growing on allotments. 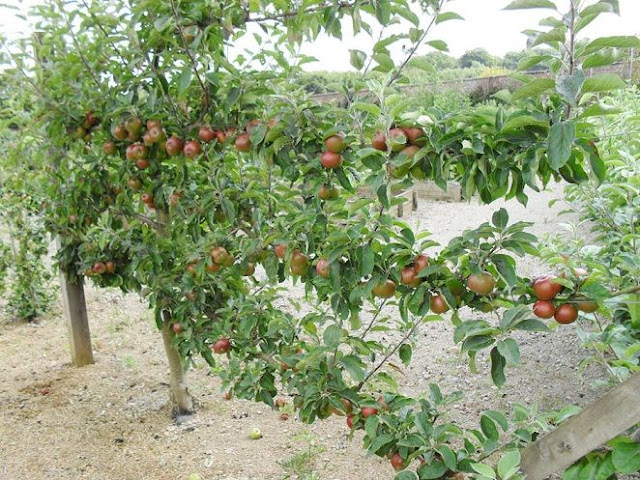 Dwarf fruit trees such as apple and pear trees may also be grown in restricted forms such as espaliers or cordons, again located such that the trunk is in the middle of your plot and they are trained such that they do not cast shadow outside your plot during the day. 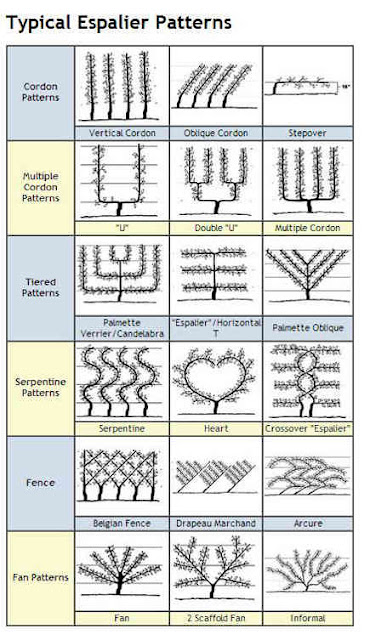 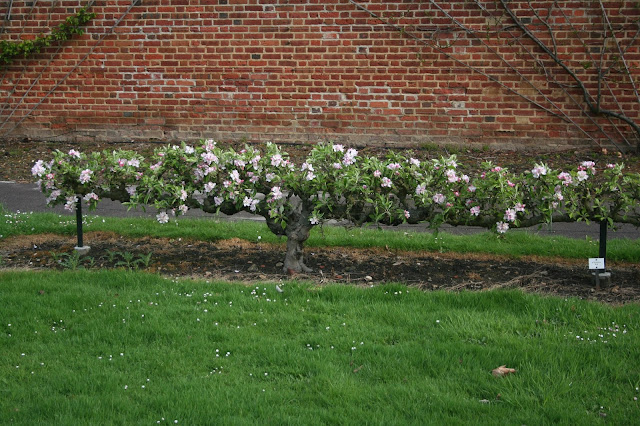 The pruning of step-over fruit trees is probably easier to understand than normal pruning. They seem to have taken a bashing fashion wise and are looked upon as old fashioned which is a great shame. They can offend nobody and they take nobody's light whereas any trees planted on an allotment even the miniatures if not pruned correctly can cause real arguments.

Problem Trees on the Boundary & On Plots (London Borough of Sutton)

The London Borough of Sutton has a Tree Strategy and state “The Council will protect and enhance the tree stock while remaining sympathetic to the interests of residents; the Council will ensure that the tree stock is managed in such a way that continuity of tree cover will be safeguarded for residents and visitors now, and future generations.” And that,


“With any population of trees there are a number of common sources of complaints including overhanging branches, shade, leaf/fruit fall, obstruction and physical damage, etc. Many of these problems can be dealt with by regular management.”

Allotment Tenants and plot holders are not actually specifically listed in Section 4.  LIST OF STAKEHOLDERS, but it could be argued that they fall under the category of “Residents and resident’s groups” However under Section 6.1.2 Policies, the first Policy states


The Council will carry out a visual tree assessment (VTA) of the existing tree stock on highways, parks, cemeteries and allotments on a minimum four-yearly basis

All requests for tree pruning would have to follow the procedure in 6.5 Dealing with Enquiries

The Arboricultural Section receives on average 2000 enquiries per year with regard to trees on highways, parks, cemeteries, allotments and trees on other Council owned land. They range from general enquiries about pruning and planting to reporting dangerous trees. Following any enquiry, the Section has to determine the level of response required.

There is a list of scheduled inspections for allotments on the council’s web site which can be found at https://www.sutton.gov.uk/info/200453/parks_trees_and_open_spaces/1126/trees/4

There is nothing in the strategy document regarding keeping the height of trees to a reasonable level around allotments of planting species of trees that do not grow to an excessive height so as not to cast shadow onto an allotment site.

In discussion with Bill Wyatt Technical Services Manager of the newly formed Neighbourhood Services department who was historically Deputy Parks Manager and had responsibility for allotments, there is no money to undertake such works and, as that is the case when the strategy document comes up for review, the council will not be modifying the document such that the needs of light by allotment holders will be taken into account.

This is because the council will not add work to the Tree Strategy document for which they have no or sufficient funding. So very catch 22 when you go back to the start of the document that states

So sympathetic but unable to actually do anything about it, whilst acknowledging that;

“With any population of trees there are a number of common sources of complaints including overhanging branches, shade, leaf/fruit fall, obstruction and physical damage, etc. Many of these problems can be dealt with by regular management.”

So the trees will be looked at every four years, but are unlikely to be reduced in height because there is not the money for height reduction unless there is also a risk to health and safety of the stakeholders.

This article forms a basis for a discussion thread on the LBS Allotment Site Rep Association Facebook group. If you are a Site Rep in the London Borough of Sutton please do request to join the closed Facebook Group.