During the last week I have been making more Self Watering Pop Bottle Propagators, sowing some mini & micro tomatoes, and this morning as I was up early as I have an appointment at the hospital I have sown a number of different cucumbers, some of which the seeds are getting a little old and may not germinate.

The squash will take over the bottom end of Plot 1 again as I'm never going to get all the new beds installed this year as I'm running way behind. 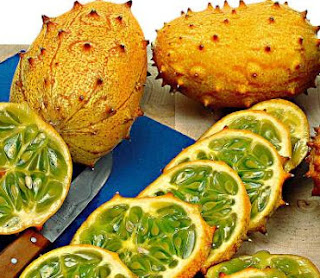 Kiwano connoisseurs describe the flavor of the slimy green interior as a cross between cucumber, zucchini, and kiwifruit (though as it ripens, it tastes more like a banana). A fully ripened kiwano has an orange rind with prominent spikes. To eat plain, cut the fruit in half 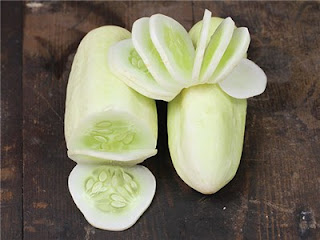 Miniature White-skinned, black-spined little pickling cukes. Production is high and begins very early on. Almost-bush plants that seldom run over three feet make great container plants. Delicious for fresh use, as well. This strain has none of the bitterness that has unfortunately come to be associated with the white-fruited types.

Achocha Fat Baby is remarkably easy to grow, and can be used raw in salads when small a bit like a cucumber.

It is a quick and vigorous climber and you can climb it up and over anything, including garden sheds, although it does need a sunny open spot. Definitely best outdoors though and not in a polytunnel, because it tends to take over if grown inside.

The best thing however, is that the mature fruit taste very much like green peppers when fried - yet they can be grown outdoors with ease and set masses of fruit with no effort.


To cook, simply cut open and flick out the seeds (saving a few for future planting of course) and then slice and fry just as a green pepper. Very similar taste to green peppers, just much easier to grow! 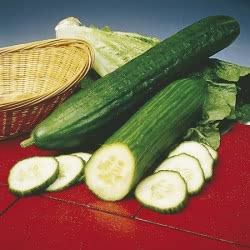 Cucumber 'Burpless Tasty Green' is a vigorous variety with impressive F1 hybrid productiveness revealing fruit which is tender-skinned and easy on the digestion!
Every cucumber reaches up to 20-30cm (10-12in) in length, is crisp, succulent and tasty. An excellent choice for sandwich fillers to offset more indigestible meat.
In growth Burpless Tasty Green shows good resistance to both powdery and downy mildew. This is good news when the greenhouse gets alternatively humid and dry which can bring mildew out in more inferior varieties. I've only ever grown these outdoors and they are lovely. 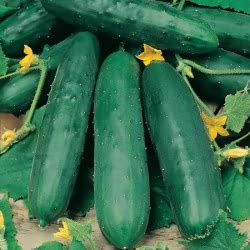 The first ever cucumber I grew and continue to grow each year is Marketmore. It's a reliable outdoor variety for those that wish to grow their own cucumbers but don’t have a greenhouse so you can enjoy the flavour you can only achieve when they are ripened in the sun and brought straight to the kitchen for preparing.

Marketmore boasts heavy crops from July from fruit up to 20cm (8in) long. Producing long fat fruit and with an impressive resistance to powdery and downy mildew, They can be a little spiky even when fully grown but they taste better than shop bought cucumbers 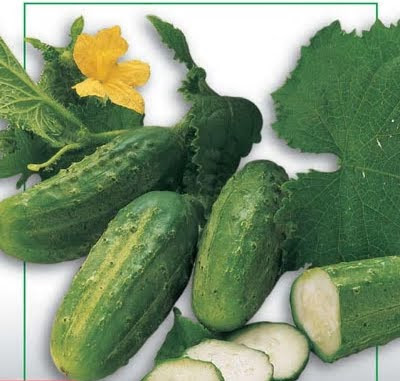 Cucumber Piccolo di Parigi. Green pickler 3-4 inches long. One of the first cucumbers to produce fruit and produces over a long season. Very nice taste. Use fresh or for pickles. If using transplants, start 3 weeks before the set-out date, which should be once the soil has warmed up well and the weather settled down (usually a week or so after the last frost date for your area). Put five seeds in a six inch pot; after germinating, let three remain. Cucumbers resent root disturbance so transplant carefully. Place plants three feet apart in rows six feet apart. They also do well on a trellis.
Posted by cadalot at 07:44