Not What I Had Planned To Do

When I get comments on my video from the likes of Sean James Cameron of Diary of a UK Gardener asking me if "Everything OK? No updates for a month." I kind of feel obliged to produce something on Video. I feel very honored that he actually bothers to watch what I produce to be truthful. I must say wish I felt comfortable enough to make the kind of videos that Shaun does, but I don't appear in front of the camera very often, I'm more of a Blogger than a Vlogger, but I will try and do a monthly update video in future. If you have not found Shaun follow the hyperlink above, his videos are always well worth watching, as we gardeners love to see what other are doing and how they do it, and he produces a lot of How To videos.


There are so many things that need attention on the allotment and the weather has not been kind and is threatening to go cold and possibly frosty again so I was planning to hit the To Do List today in no particular order but a lot of those at the top of the list did get done today.


Better done when it's been dry for a few days

On arrival I got the wheelbarrow and took the sand and weed killer from the boot of the car to the allotment and then went back for a few additional bits from the car and started recording the update video.

First on the agenda was the de-weeding of the trees which are nearly all now displaying signs of growth in addition to the weeds and using the coir I took down a couple of weeks ago spread the coir around the top of the buckets to discourage more weed growth. 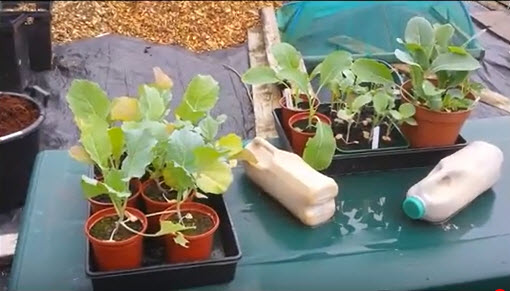 My bother and sister in law turned up bearing gifts in the form of excess Brassicas that he had grown and needed a home, so not on the To Do List for today, but Bed 3 had to be cleared prepped and the cabbages and cauliflowers planted. The hoop frame was erected and covered with debris netting just before I came home. No Collars at the moment as I can't lay my hands on them because there is too much rubbish in the shed, although two sack loads came away with me today. 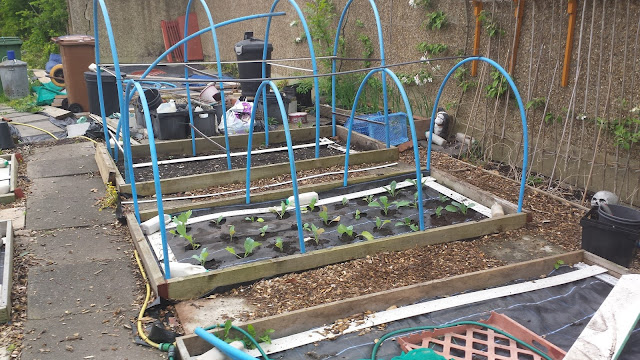 At around 10 ish the next people on the waiting list came to view the last remaining free plot we have at the moment, they are enthusiastic and are moving into the development behind the allotment so will be on the doorstep to do little and often and keep on top of the weeds.

I suspect we are likely to have another couple of free plots in about 3 months time when those that started and have lost interest receive their non-cultivation notices and then termination notices if they don't have to good grace to just let idverde know they are no longer interested and want to give the plots up. 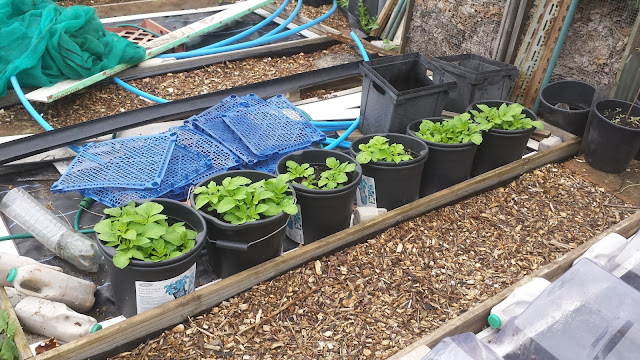 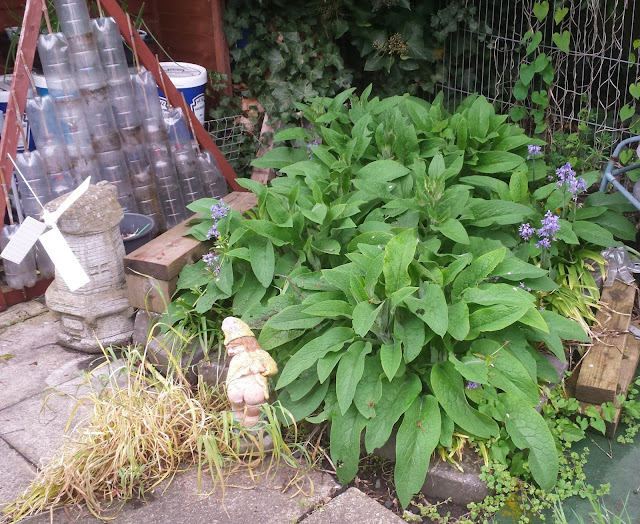 The Comfrey is starting to dwarf the Bluebells 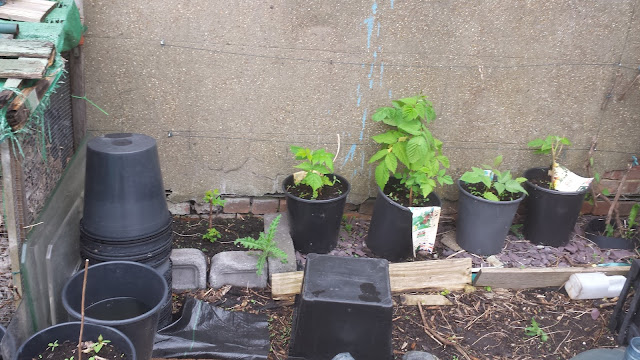 Lidl Raspberry on the Left the other are Morrisons Raspberries 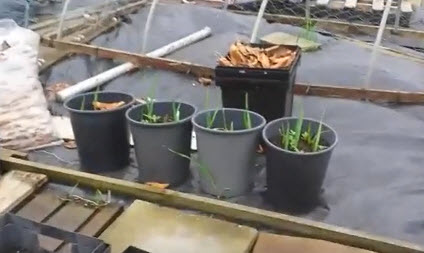 Babington Leeks appear to be recovering 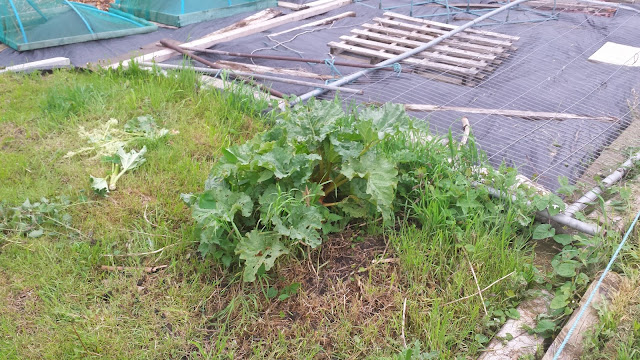 The bolted flower stems have been removed from the Rhubarb, this needs trimming and weeding again and ultimately splitting and moving to a new location.
Posted by cadalot at 18:58