Spuds In the Ground 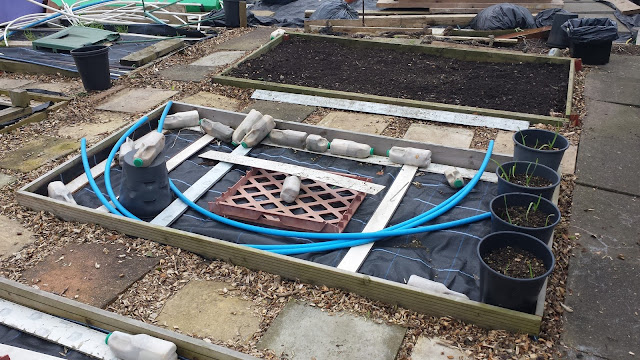 First order of business for the day to clear Bed 12 of the Sprout stems and roots and rake over, a layer of the environmental friendly slug pellets and cover with planting membrane. 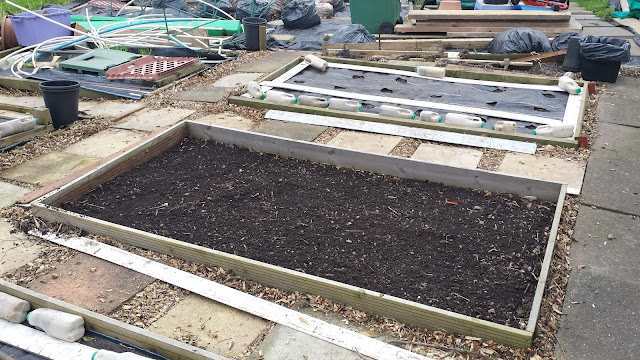 On to Bed 11, move the onions in buckets onto plot 1 and expose the soil, the leafs had been nicely digested by the worms, another rake over and we are ready to rock'n'roll. 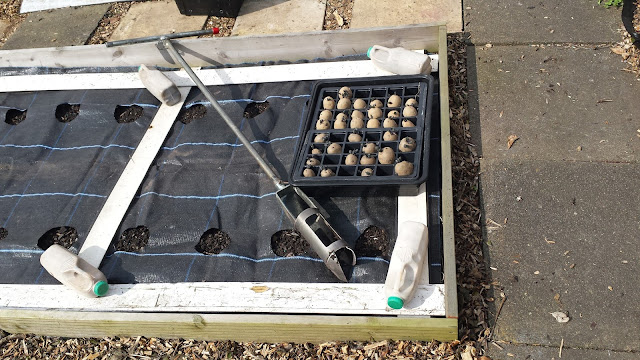 Again a liberal dusting of slug pellets and assemble the soil sampling auger that I use to bore the holes for the seed potatoes. 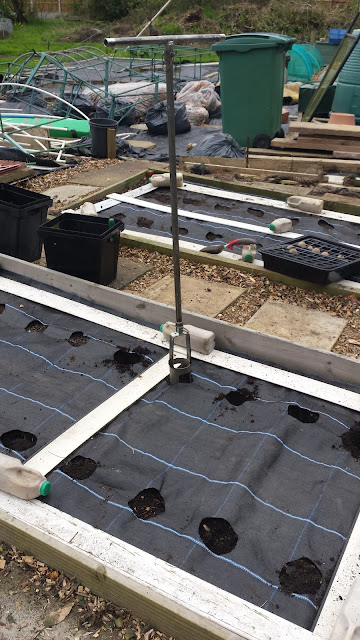 I tend to do every other planting location and the hole is bored to the top of the auger head, withdrawn and the soil emptied into a bucket. The bottom of the hole gets a layer of compost, the seed spud is pushed into the compost and then covered to within about 25mm of the surface with compost and topped of with soil. 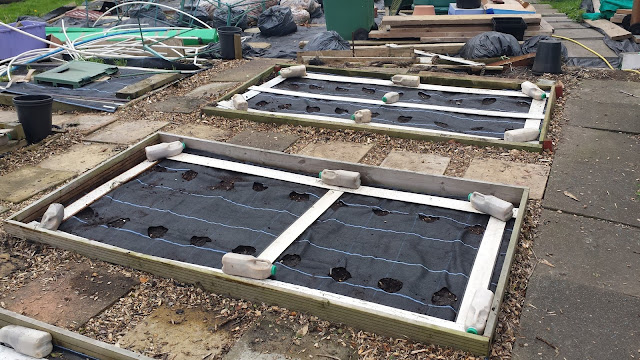 Kestrel 2nd Early in Bed 12 to the rear of the photo and Albert Bartlett Purple Majesty in the front row & Kestrel in the last three positions the top left corner of Bed 11. Another 3 Kestrel went into a large round spud bucket which was hall filled with compost and half filled with the soil from the excavation.

In fact most of the buckets of spuds were topped up with the soil excavated to place the spuds.  The water is now on and I connected the hose to find at least three of the heads leaking, It does not appear to matter if they are left out or removed and put away in the shed the heads don't appear to last longer than a couple of years before they spring a leak.

I was hoping for more progress to be honest, but I guess I just need more frequent visits and work on the little and often basis. I spent the afternoon cutting up cardboard into small critter bite size squares and filled two food buckets with lids as brown material for making compost.
Posted by cadalot at 00:00