What Can You Do In An Hour? 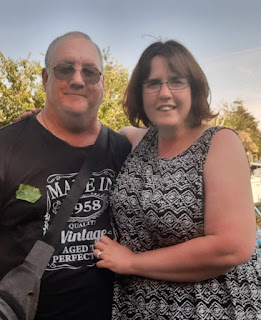 This is a photograph taken by my eldest daughter Emma at the end of an hour on the allotment.

Emma suggested that I pick her up from work as she was on an early shift at the hospital and that we hit Avalon (plots 1 &1A) from 4 - 5 in the late afternoon.

After making sure my wife was comfortable and going to be able to be left to watch even more coverage of the queen's funeral, I picked my daughter up, we found her car and then both drove to Avalon

I have been notified by idverde that finally the new combination padlocks have been fitted. 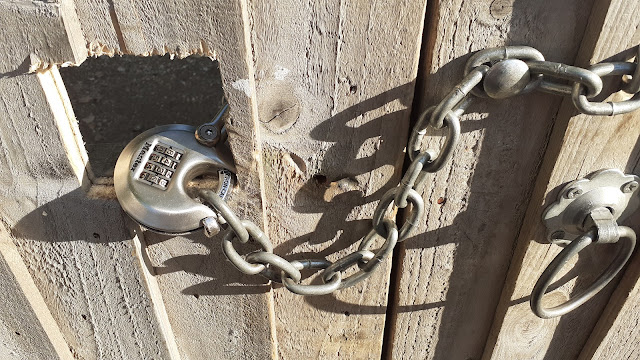 The new padlocks were fitted yesterday afternoon and they both work. Idverde could have done a better job by sanding the edges of the square they cut in the door. I will not be back down until Sunday and will bring some sandpaper with me.
Emma attacked the weeds and I harvested Cucumbers, Runner Beans and the grapevine. 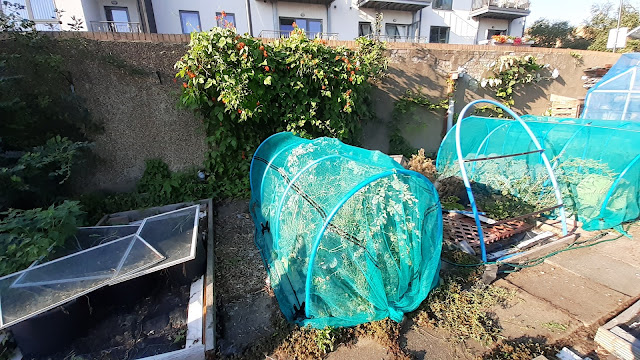 Harvested a load of Runner beans and it looks like another batch will be ready in a few days. Bolted Brassicas to be chopped back and fed to the dalek on a future visit. Potatoes in Buckets covered with secondary glazing panels at keep contents dry ready for harvesting. 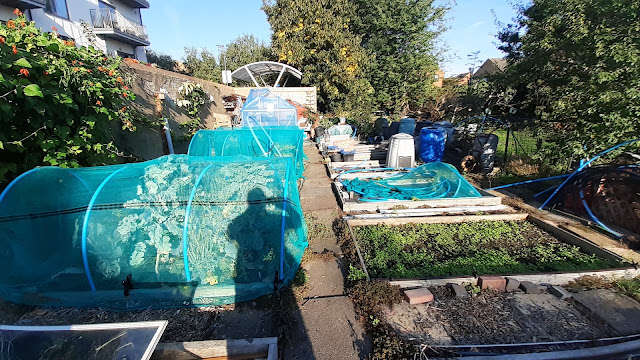 View Up Plot 1A after weeding the main path from the greenhouse down by Emma. 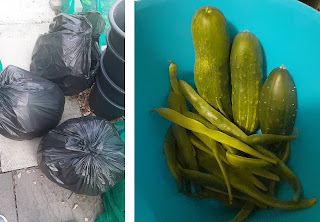 Three bags if weeds gathered by Emma that were deposited in one of the Daleks until I can arrange a dump run or hopefully add to the skips when they come to clear the two vacant plots.
Three nice sized cucumbers, which I must ask John the variety name off. I have saved seeds just need to check they are not F1's. The harvest of runner beans in a plastic tug 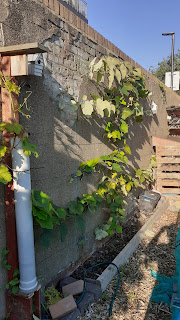 Suttons Flame (Red Seedless) Grapevine has been making steady slow progress during the heat wave, however after a week of rain it had put on a real spurt of growth.
I spent some time uncoupling vines that were hugging each other and trained them along the wires that I aave fixed to eyebolts along the height of the wall
The leaves in the top two runs will turn around and find the sun. This first year is all about trying to form the main structure of the vine that hopefully will have a small show of grapes next year and then more grapes year on year, if the rat with the fluffy tail does not take a lining to them.
He never ate the seeded grapes from the vine I had on the same wall before replacing with this one.  The other white grapevine needs to be sorted and indeed I need to make a better wire frame on the wall for it.
When filling the dalek with the kitchen scraps that I took down with me there were many worms under the lip of the lid. 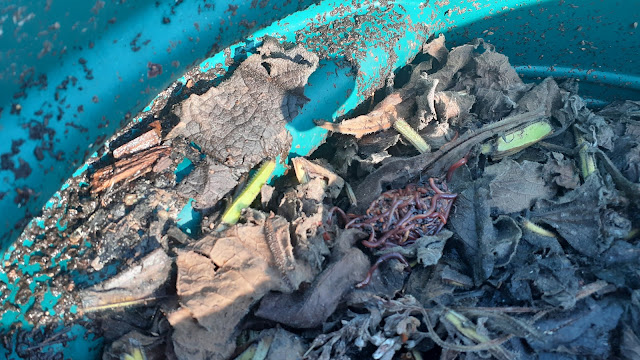 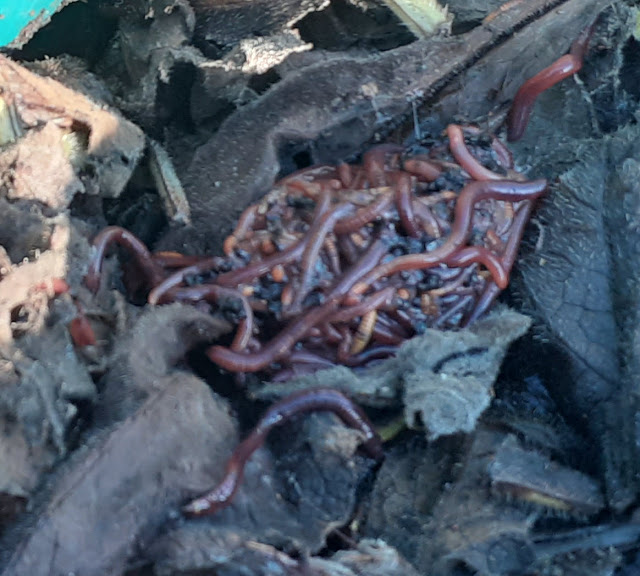 Email ThisBlogThis!Share to TwitterShare to FacebookShare to Pinterest
Labels: Grapes