Deep-Joy four of my favorite seed suppliers' Autumn catalogues arrived this morning Suttons, Dobies, DTBrown & Co and Mr Fothergills click on the hyperlinked names to order your copy of the catalogues.
The D.T.Brown & Co & Mr Fothergill's catalogue covers tell us that there are some spring 2023 previews inside and that's one of the things that I'm interested in as I like to see what new varieties there may be that I can trial and play with in the coming year.
D.T.Browns catalogue pages 49 - 51 have listings of 21 new varieties that are going to be available for the 2023 growing season. It is however worth examining the whole of the catalogue because scattered around are the other odd New Variety for 2023 i.e., Page 80 Melon Mangomel F1. Pages 52 & 53 have listings of 27 packs of seeds that are in there 99p range.
The Mr Fothergill's catalogue has 12 New Vegetables for 2023 that are listed on pages 152 and 153 and their 12 number 99p selection can be found on pages 150 & 151
The Suttons Autumn Catalogue new for 2023 Page 63 four different Large 7.5 litre Mushroom Kits, Page 65 New Snowball white skin onion sets, and not a lot of information about new seeds that will be coming for the 2023 growing season. 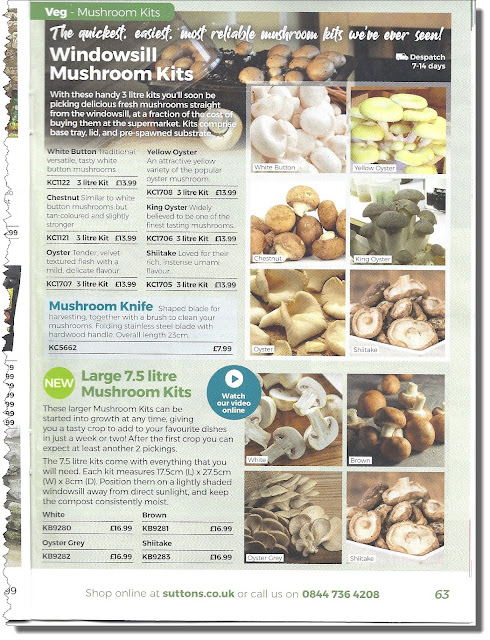 Now mushrooms are something that I have not grown before and the catalogue says watch our video online, which I have now done! I have a Large 7.5 litre Mushroom kit on its way to me and I will be growing them shortly as the days get shorter, the nights get darker and the cabin fever and lack of being able to grow much of anything takes hold. Mushrooms can be grown all year round which is a good thing for those of us that get growing withdrawal symptoms,
The Dobies catalogue has the same 7.5 litre Mushroom Kit and the same Snowball Onion Sets on the same pages!! Then one notices that there are other pages are basically the same, but slightly different in colour or the shape and colour of the "New" stamp, one may even conclude (if you didn't already know) that Dobies and Suttons may be part of the same group! (Shock horror)
Basically, it's an open secret that they are, and in fact Thompson & Morgan took over the group a few years ago. The companies do sell some different ranges and of course some of the same. It's always worth shopping around to see if the same item can be found from another company in the group cheaper. 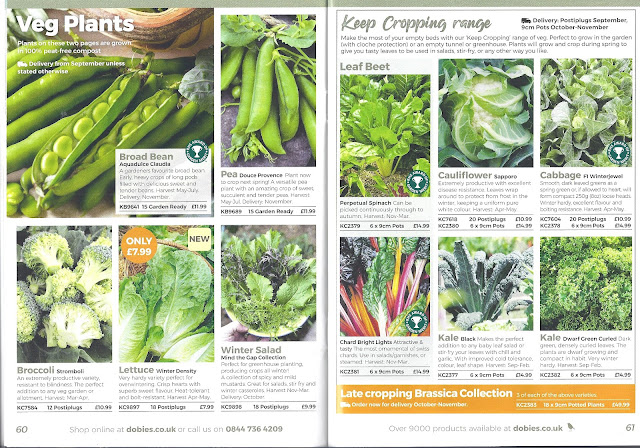 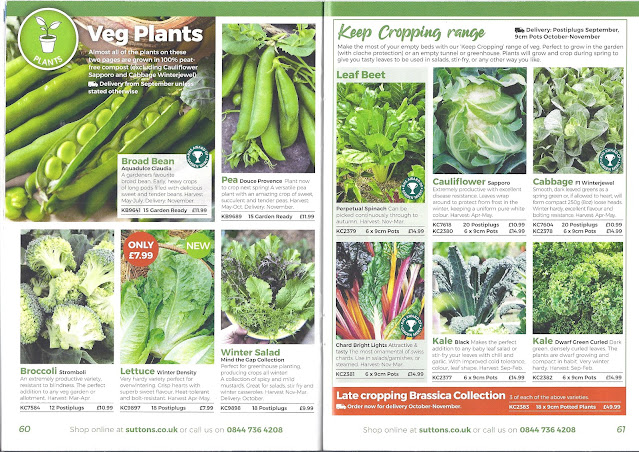 Historically the marketing company behind Dobies and Suttons used to send exactly the same email offer out within half an hour of each other, until at a gardening press event, I pointed out to them that if they wanted to maintain the illusion of them actually really being different companies, they may want to rethink that strategy. Now they have different offers, and you don't basically get the same marketing emails with the same offers on the same day.
My advice to them now would be don't be so lazy with the production of the catalogues, new gardeners are not stupid and will fall in fast enough when they get the catalogues in front of them and pouring over them during the Winter months.
Posted by cadalot at 18:00