As mentioned previously the old leaf bins and Dalek needs to be relocated so that the Grapevine (Vitis) Lakemore from Suttons  can be planted between the two comfrey pipes. 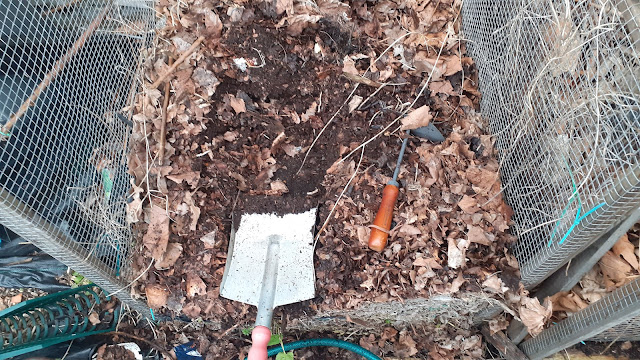 The front of the Mesh cube was removed to give me access to the leaf mould, It's amazing that the leaf's on the very outside of the bin don't appear to degrade where as those in the middle of the pile have turned into a beautiful dark leaf mould 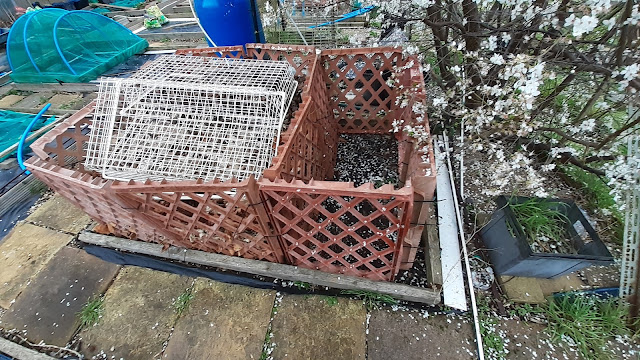 Using large cable ties I rebound the side of the leaf cage and then using four more bottoms of bread trays I formed an extension to the new leaf bin behind the plum tree, to take the material from the old leaf bins that is not quite ready yet. 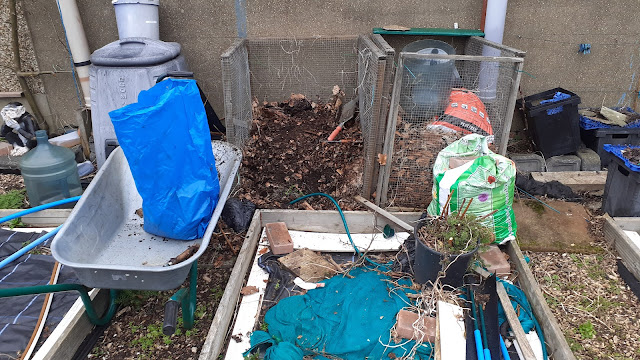 With the front panel removed I worked at the leaf mould, removing anything that had not decomposed and gradually bagged up using a small coal shovel, and as many bags as I could find. 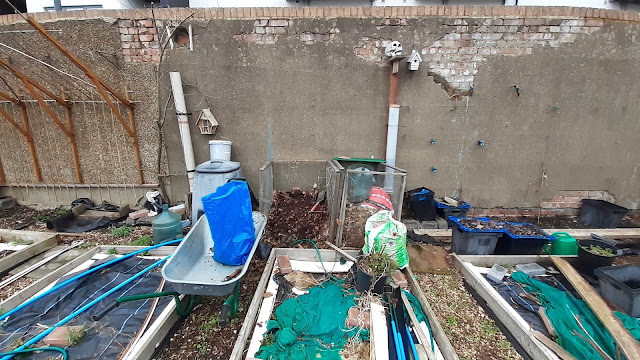 The new grape vine will go between the two Comfrey pipes so once the leaf bin is empty I can plant the vine before removing the other leaf bin on the right. 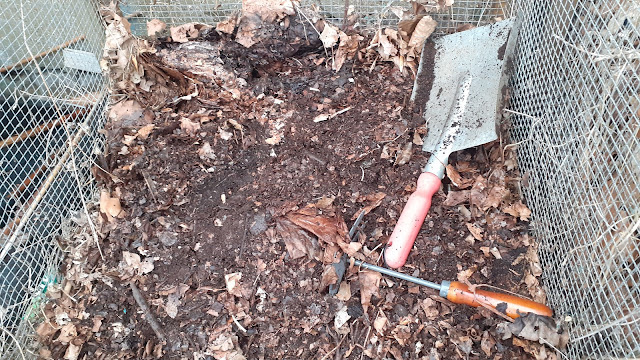 The odd twigs that have not decomposed will be added to one of the compost bins. 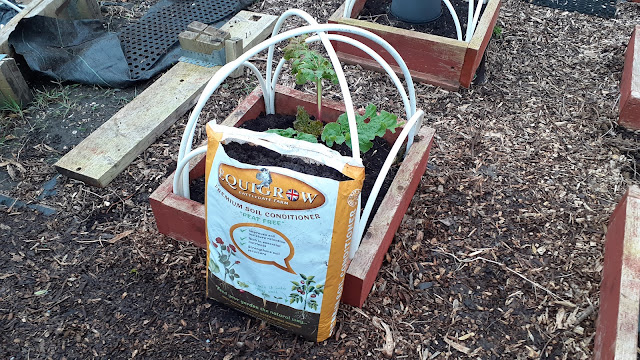 I needed more sacks so I decided to top up the Rhubarb with some of the Equigrow Premium Soil Conditioner as it's made with horse manure, and is full of nutrients that will be beneficial to my plants. 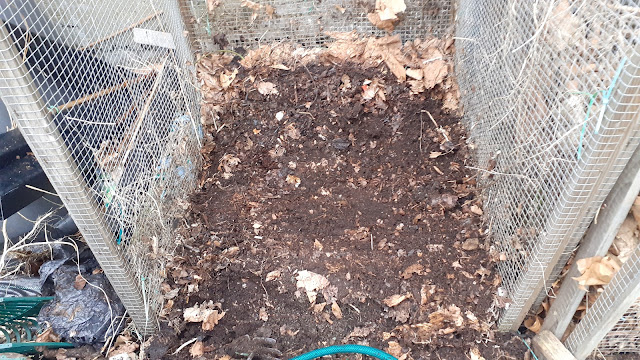 As I was getting deeper into the pile the better the leaf mould was becoming. 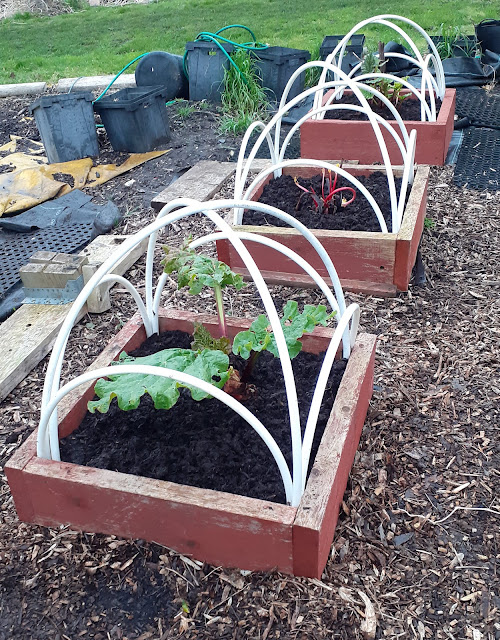 Rhubarb beds after adding the Equigrow Premium Soil Conditioner, which I must say looks lush in the beds, and will help feed my Rhubarb Livingstone from D.T.Brown. 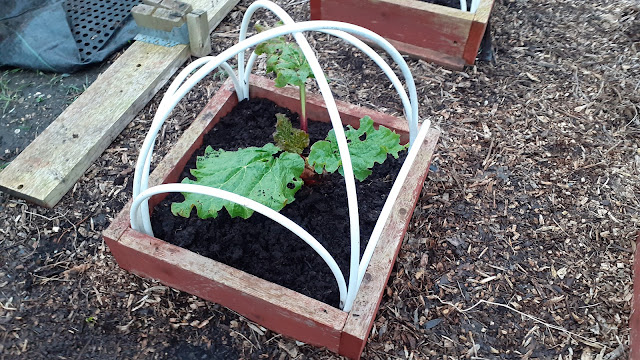 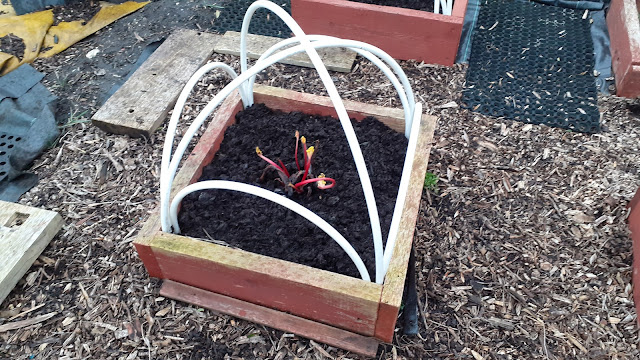 The middle Rhubarb looked dead so I've had a pot over it for a couple of weeks to force it. I left the pot off now I know it's still alive. 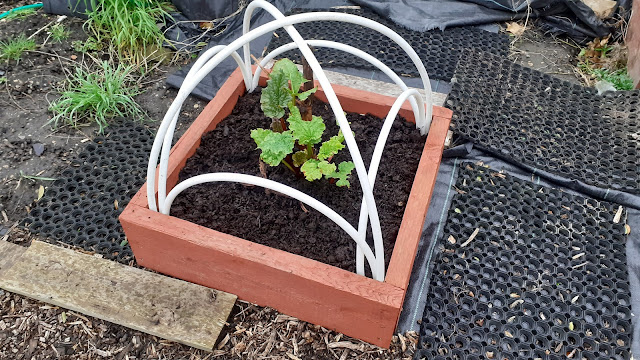 The last bed to be made, you can tell because the frame is still red, and the last plant moved into it's final bed appears to be very happy and putting on good growth. I can actually take some sticks of rhubarb Livingstone this year to eat. 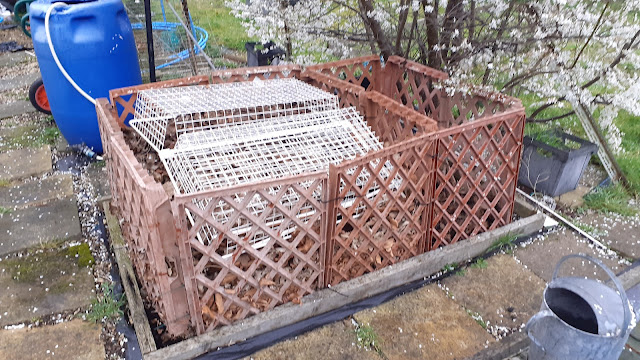 New leaf Bin now with a rear extension. The main bin has been filled to over capacity a number of times and it has dropped. originally the cages were on the top to stop the leaf's blowing away in the wind. 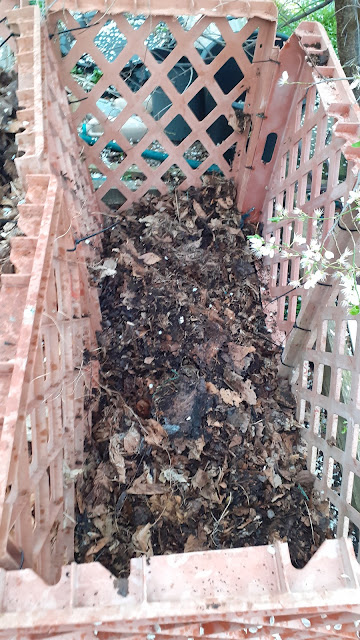 Material from around the outside of the original bin placed in the extension to the new leaf. 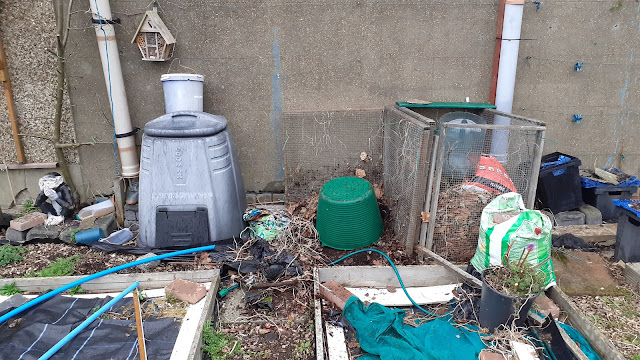 Side panel removed and getting near the bottom of the bin, I had run out of time and needed to get back to Jen before Kelly left for the night. 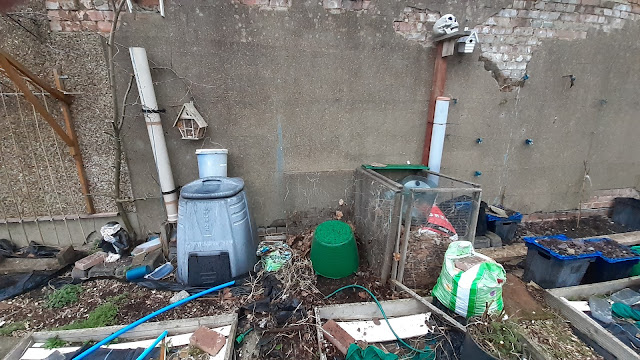 I'm quite happy with what I managed in a couple of hours and weather permitting I will try and get another couple of hours on the plot on Monday.
Spot the skull ......
Posted by cadalot at 22:00