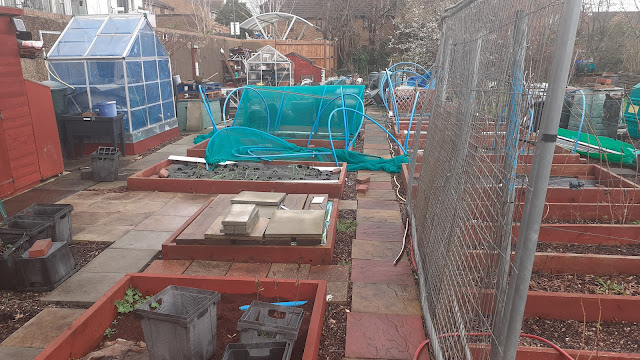 It stopped raining in the afternoon so at around 3pm-ish I popped down to the allotment to look at what damage Storm Eunice may have caused. I had anticipated the incinerators being on my neighbours plot, and they were what I had not thought would happen is that the hoops and netting over the over wintering onions would have wanted to turn into a kite. 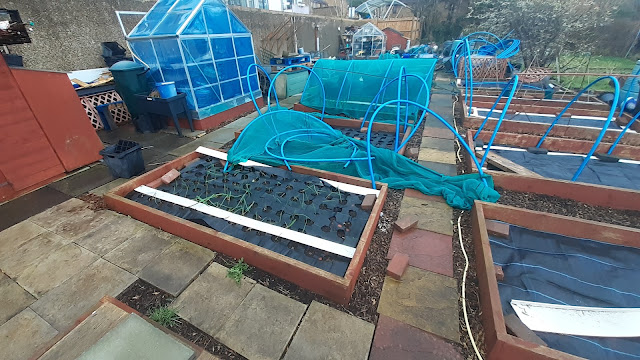 Looking at the onion beds, I glanced up and saw that the middle panel of the plot 1A greenhouse was no longer there! 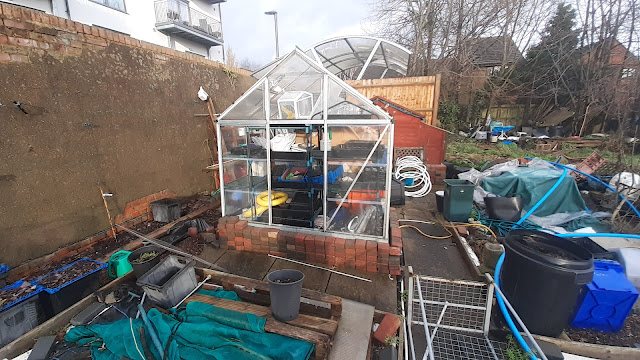 Bugger, then I noticed the top of the rubbish bin of leaf mould was missing. A hunt pursued and I found it on my neighbours plot. The raised planter on the other side of the greenhouse and one of the full water butts was in the floor and the lid to the raised planter was gone. This also was found broken with a hole on my neighbours plot.
I spotted the two metal incinerators and recovered and relocated them, then went to see what damage if any there was on the plot 1 greenhouse. 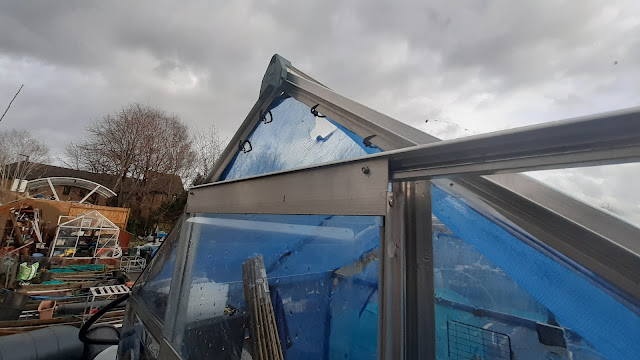 The small apex panel above the door was missing and was found, the Gooseberry and Blackberry plants were no longer in the table, but on the floor and then I noticed the large water butt and the two Comfrey & Nettle feed butts were on the deck with their lids missing. It appears the wind took the fence panel and the fence panel took the three butts out, and I'm guessing the water is what broke the lid locks, as it all came crashing to the paved area. 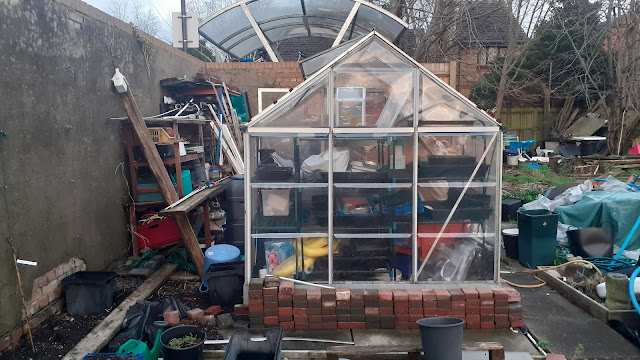 I had my two battery powered drills in the back of the car so I used one for drilling the holes in the panels and the frame of the greenhouse and the other for screwing in what was left of the pack of small PK screws that I used to re fix the panels the last time we had wind and damage on the plot, and I lost a couple of panels.
Looking on Facebook it could have been a lot worse people have lost greenhouses and polytunnels completely. The girls on plot 14 lost their plastic Ketta shed to another plot and had been down and recovered it. Henry lost his blow-a-way again, but he didn't learn from the last time that it needed to be lashed to his shed, the only good thing being it's so early in the season he didn't have it full of trays of seedlings. John lost the glass to his cold frames. 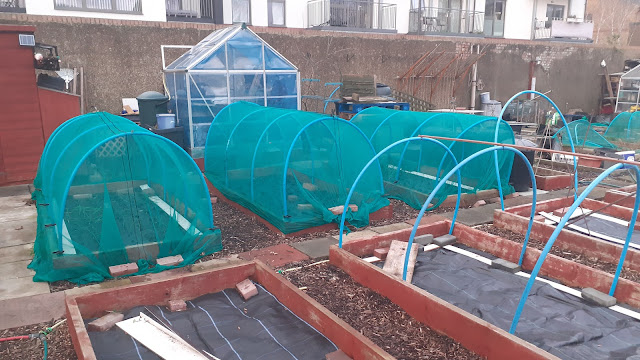 Time was marching on and I had not anticipated dealing with the outfull of Eunice this afternoon, but I wanted to cover up the Onions so that the birds didn't come and pull them all out of the ground, so I reinstated the hoops and netting before making my way home.
Leaving a lone plot holder trying to cover the collapsed roof to his decaying shed with a tarp. In many ways, I was lucky that the finally removed the leaning wall behind me shed on plot 1A because I believe my shed would have been flat underneath it had they not.
Posted by cadalot at 18:00