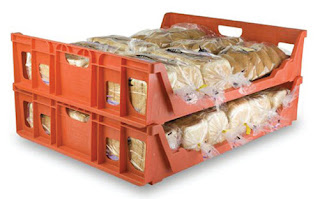 Over a period of years since I got my allotment I have acquired a number of bread baskets. My local shop was over run with them because the people delivering his bread would not take them away and he gave me the excess he could not store down the alley on the side of his shop.

Then when the factory estate on the access road to the allotment was being demolished fly tippers left pile after pile of them in the access road and the caretaker for the site wanted them gone, he contacted the name on them and they basically were not interested in recovering them, so again I took advantage of the situation and relived him of a few of them, now I wished I had taken many more. 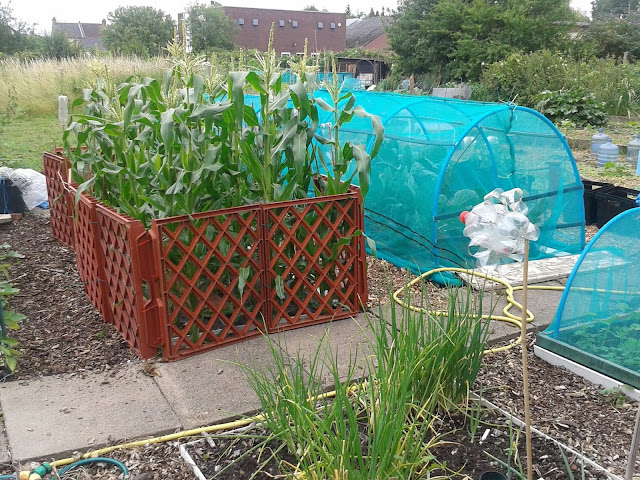 I cut the sides down and use them to fence off and protect crops from fox cubs who have a knack of playing on my plot and knocking over the sweet corn when they are young. but I found that you need to remove them before the corn gets ripe or the squirrels or rats will use then to stand on and eat your corn. 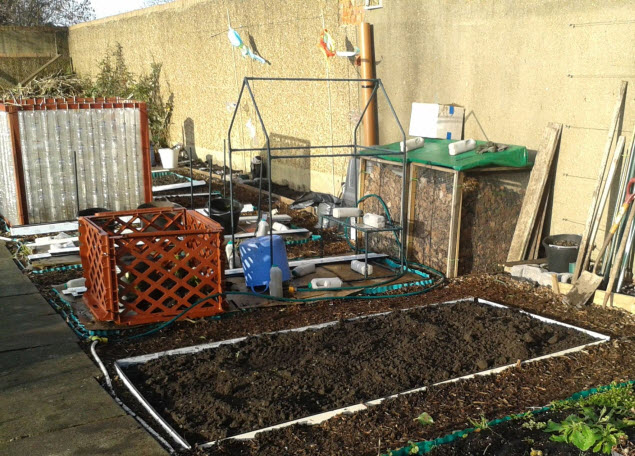 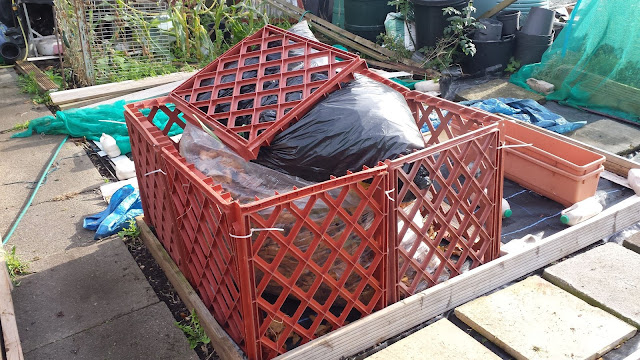 Cable tied together to create cages for leaf's during Autumn 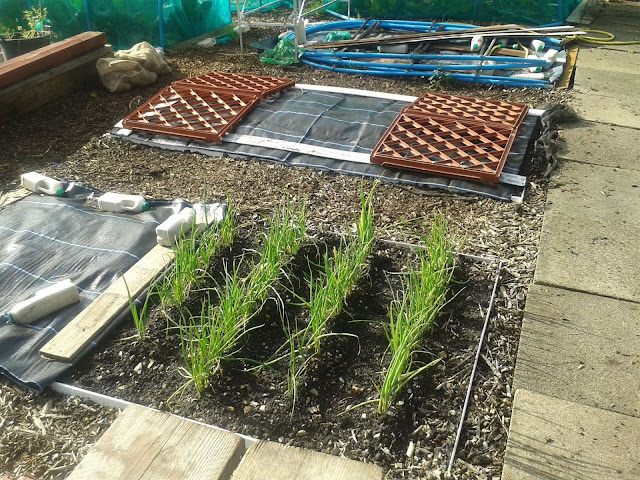 Holding down weed membrane against blowing away over winter and this morning...……. 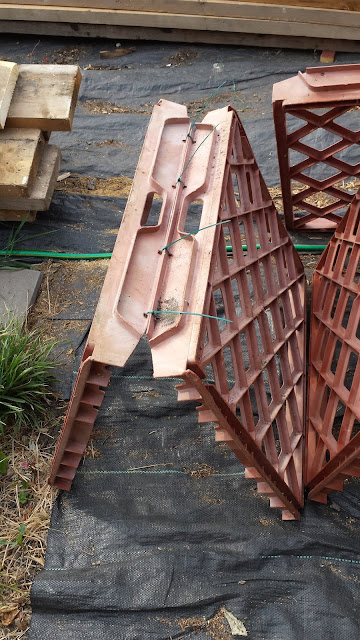 By drilling holes and adding cable ties at the top, but I need to add some string to tie the legs together to stop them spreading apart and ….. 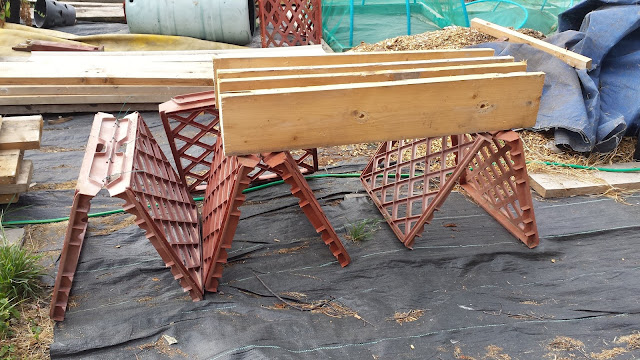 I will have saw horsed to support the timber joist on when I paint them with preservative!.

I'm now contemplating as double high double width 8 panel version as an A frame climbing frame for my cucumbers next year! I saw a couple more bread baskets dumped in the access road to the allotment on driving home if they are still there next visit I can see a rescue operation coming on.
Posted by cadalot at 14:00