Early morning visit to the allotment to find that one of the plot holders had locked the timber gates by putting the padlock on the bullnose ring to the latch - Doh! 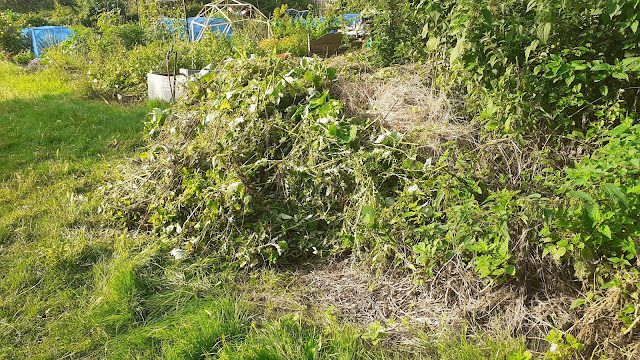 They had also fly tipped all the weeds they cut / pulled up because of a no-cult letter on the main path! 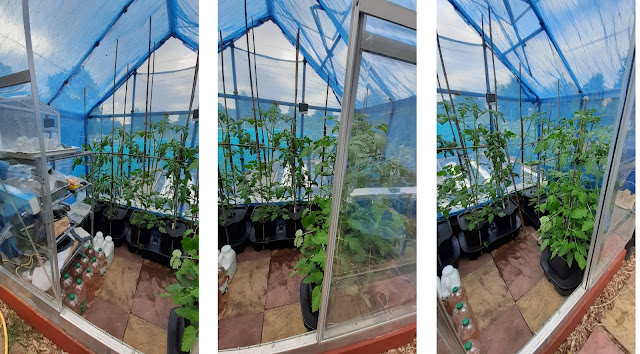 I ended up erecting some bamboo framing around the Quadgrow's, mixing and feeding and topping up the Quadgrow's Smart Reservoir via the Nutrient Access Covers. 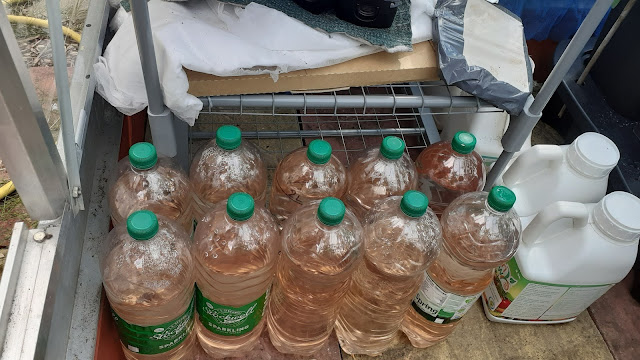 I then added the correct amount of Type A & Type B Nutrient to the 2 litre pop bottles of water that I will use to top up the Smart Reservoirs. 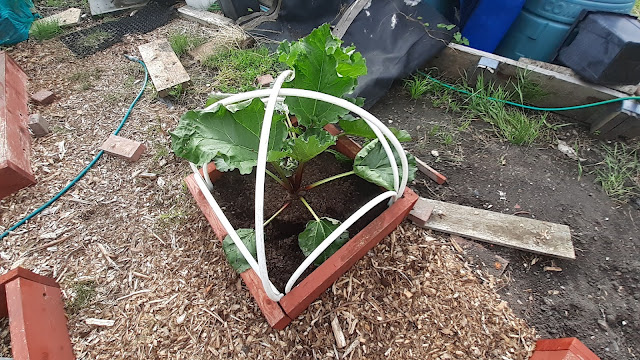 Despite all the white hoops the bloody fox managed to dig three holes in the Rhubarb bed!
I watered the onions and the Raspberries and noted that one was going red in the second bed which are Tulameen Pearl (mid season) variety.

I have more flowers and come to that actual tomatoes on the Micro Tom tomatoes in the space saver greenhouse at home than I do down on the allotment in the greenhouse and out on the plot. 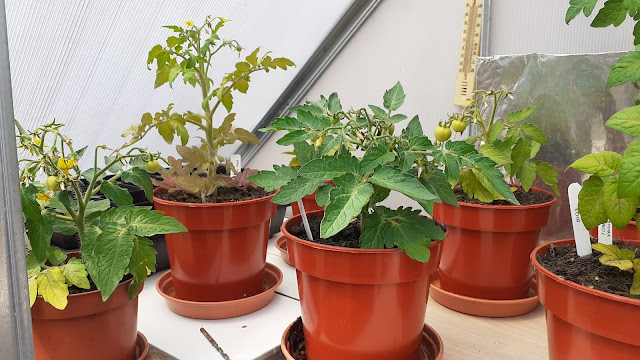 It's a really strange year weather wise and so many plants are bolting or harvesting early, not germinating or just not growing as well as they have in previous years. 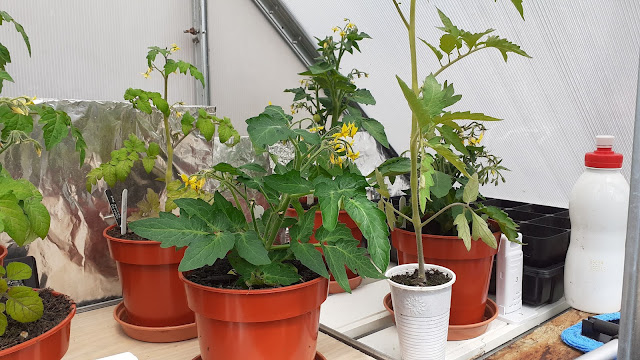