A swift afternoon visit, thanks to my Daughter mum watching this afternoon to water whats in the allotment and on the plot, as there has been talk of a heat wave and we have had very little rain so far this month.
Now that the plot holder of plot 3 has gone, I will once again be able to source water from the tap between plots 2 & 3, so I ran the extension over to the tap and dip tank, trimming the tree and moving the debris that the old plot 3 holder had left in the way.
For about an hour and a half there were only two plot holders on the site, but suddenly a number of plot holders turned up and it was not fair to hog the water, so I made my way home. 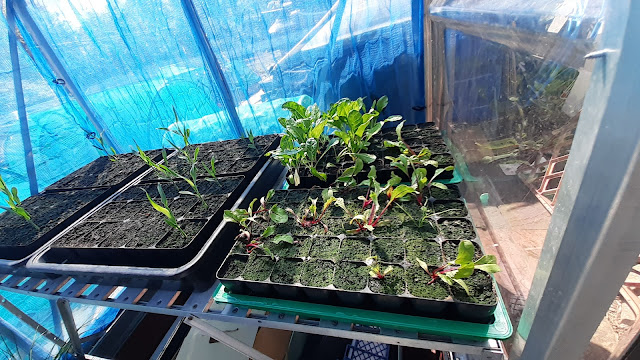 37.4C in the greenhouse when I arrived with the vent open and the mesh panel in the door for cross flow. Beetroots at about 50% germination, and it was all new seed a little disappointing I have to say. 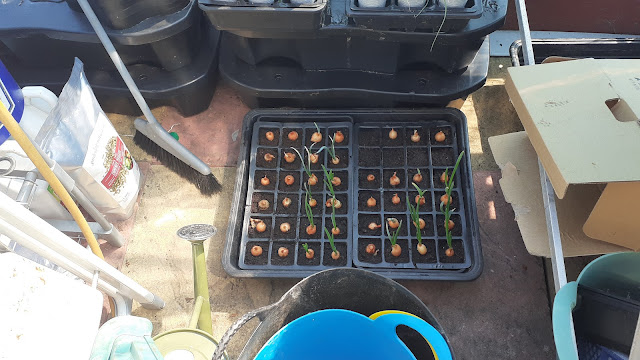 Again I can see no reason why some of the onion sets are growing and others are not ? 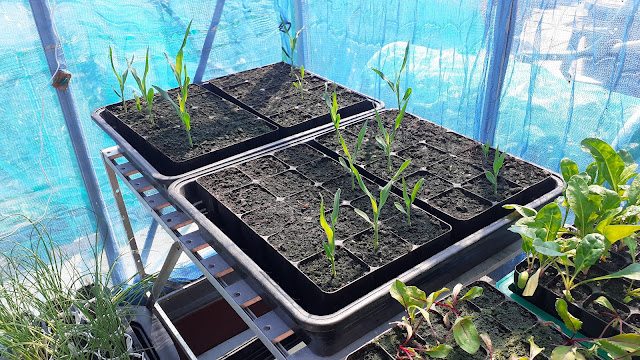 Only 16 Sweetcorn germinated at the moment, hoping more germinate during the week. The gravel tray was filled with around 10mm depth of water in anticipation of the high temperatures in the greenhouse during next week.
The promise of 30C + has now been altered to thunder & Lightning storms with temperatures in the mid 20C on Tuesday and Wednesday next.