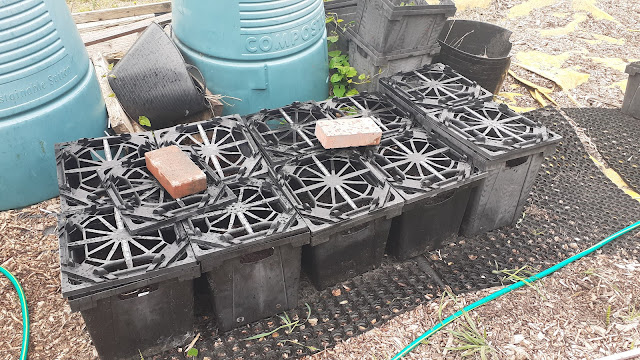 I made the decision last year that all the potatoes would be grown in Buckets this year and I even bought more buckets to make that magic happen. The eight short square flower buckets of first early potatoes in the photo above were sown a couple of weeks ago before we caught covid. The two taller buckets at the end were sown today. 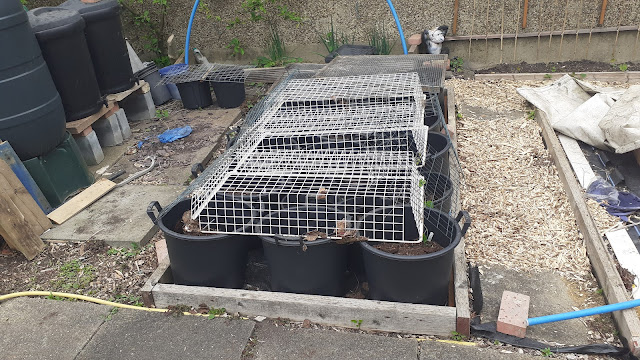 The rest of the potatoes were sown into the Heavy Duty 30 Litre Plastic Container Pots / Tubs with Handles that I purchased form Elixir Gardens in February at £36.39 for 10 with Free Delivery to add to the similar pots I bought a few years ago.

This year I have used D.T.Browns NPK Concentrated Potato Fertiliser, I worked out the average area of the pots to establish how much to use in each bucket. 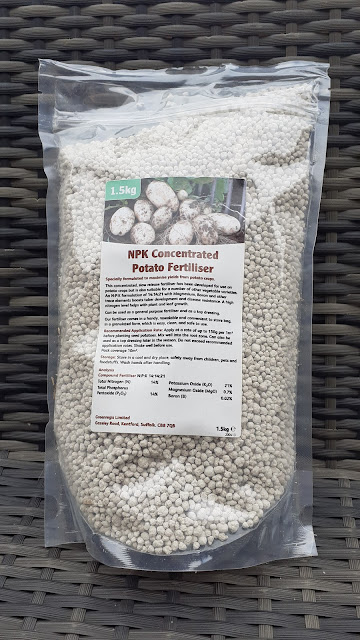 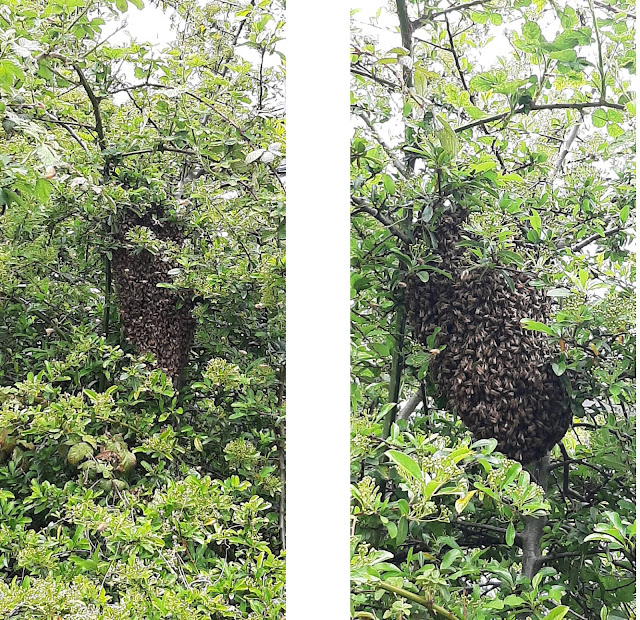 When we arrived in the morning we passed a white box on the left hand side of the main path as we come in which had a swarm settling in. Michelle our bee lady had warned us about them on the Mill Green Allotment sites Facebook & Whatsapp groups.
The bees were fine when we arrived, but around 11 ish they decided they didn't like the box they were in. They swarmed and absconded back into the bushes & trees.
The scout bees were paying a lot of attention to Michelle's empty hive and may well decide to move in on their own if she is very lucky. She left them to it and was going to pop back later to see what's going on or try and collect them again if they were still in the bushes.
The photos above are the same swarm as they collected on the tree and bushes and gradually settled down.
We did have to vacate the patio area of plot 1 where we were processing the potatoes and buckets and move up to plot 1A for about 20 minutes whilst they settled down. Andy and I were both chased by a couple of bees and the one chasing him stung him in the back of the head as he tries to get it off his head.
By the time we left at 1 they were stablish and slowly making there way over to Michelle's bait hive. Unfortunately it appears they found somewhere else to go and left overnight.
Posted by cadalot at 16:00