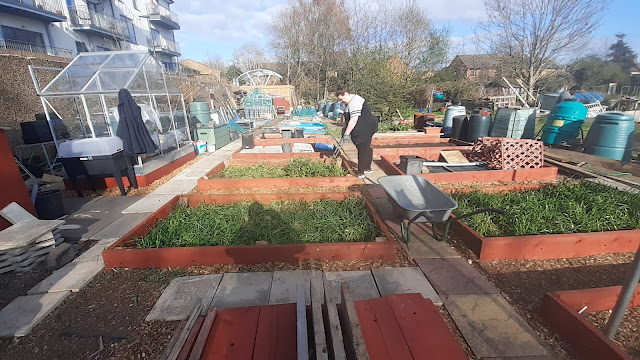 My Daughter Kelly helped me this afternoon cutting back my three beds of green manure, Hydrating Coir blocks and assisting me taking a load of stuff (4 trays of first early Potatoes, Coir and Paving Blocks) down the allotment. If she weren't already mine I would adopt her! 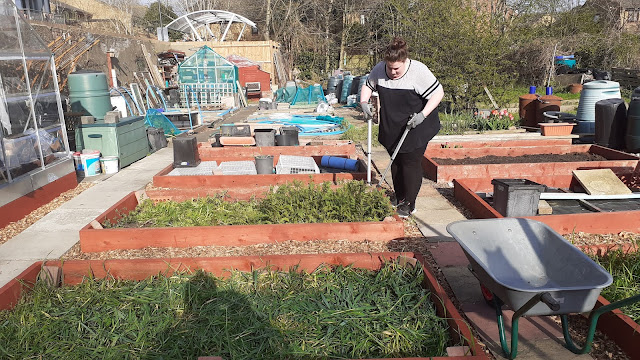 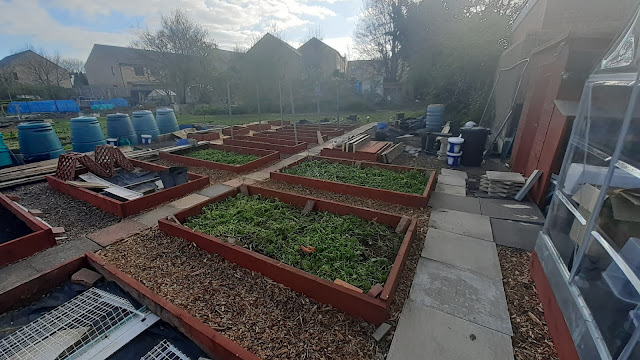 View down plot 1 - As it was the end of the daylight there were no bees and wasps about so Kelly also lifted the post hammer up to me (I was on a set of steps) so that I could drive the last two scaffold tube post for the raspberries support down. 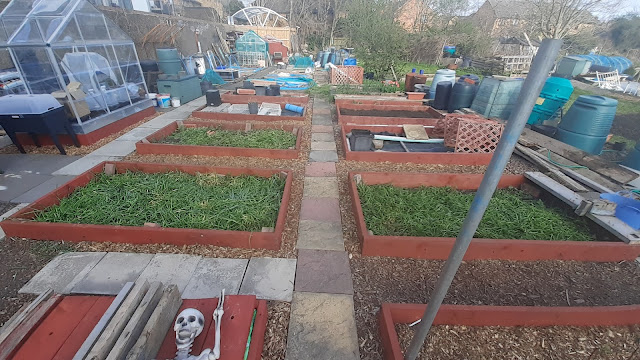 View from Plot 1 up to Plot 1A. The insulated mushroom trays have been stacked in the racking in the Plot 1 Greenhouse and covered with fleece as cold nights are predicted over the next week.