Up at 6:15 to Breakfast then hydrate four buckets of coir and place two paving bricks on each then fill two square flower buckets with six paving brick to replace the soft bricks (milk bottles full of sand). Drive to the allotment and arrive just after 8:00. Re energise two Daleks with cores of coffee then layer grass which had reached 25C in the trug overnight and shredded paper/ cut cardboard and water in each layer. Use the 600mm Power Planter and Ryobi Drill to break up the compost in one of the other Daleks. Distribute six paving bricks to those beds that still have soft bricks holding the weed membrane down. then back home by 10:15. 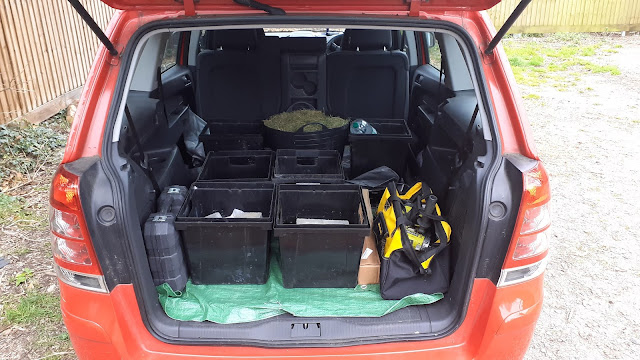 Car ready for unloading in the allotment car park 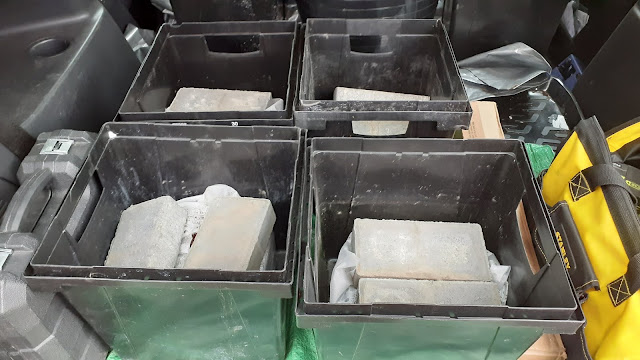 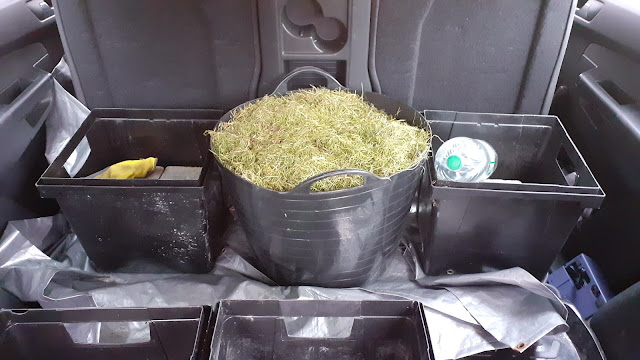 Two Buckets with six/ a beds worth of paving blocks 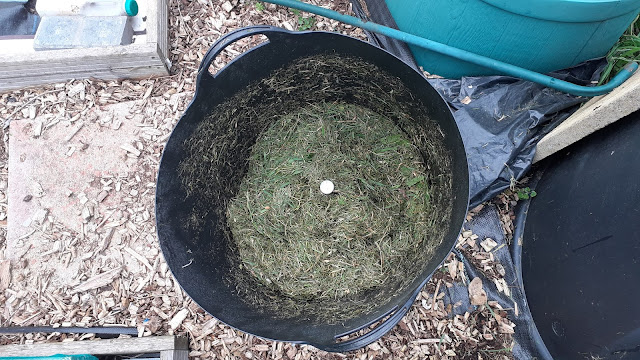 Grass was so warm! I decided to measure how warm? 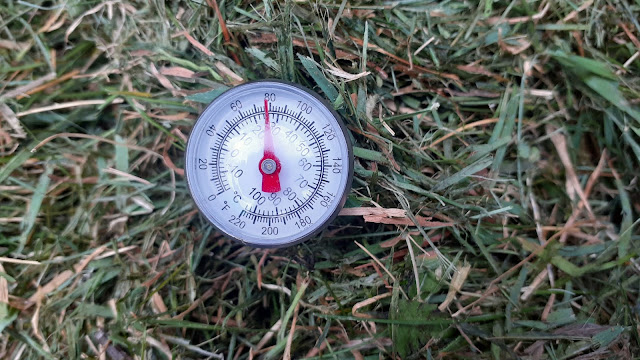 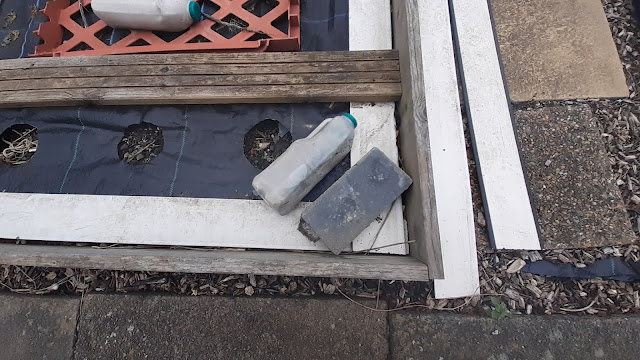 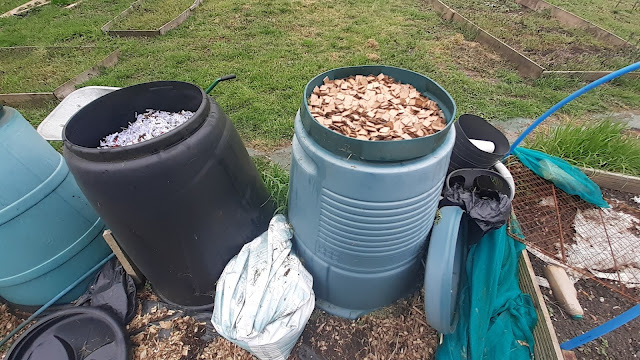 The grass and shredded paper topped up two of the Daleks. 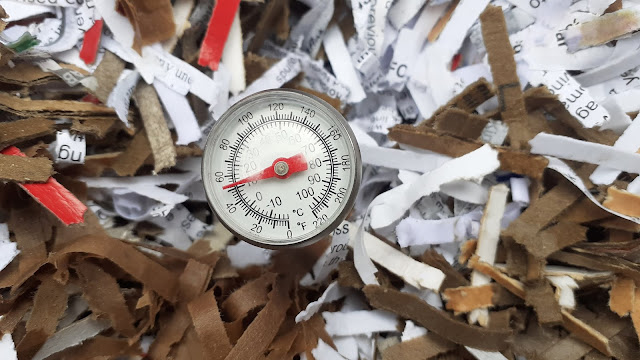 12C in the Dalek and that was after it had been watered with water from the Greenhouse water butts! It will be interesting to see what the temperature is tomorrow.
Posted by cadalot at 16:00