Plot 1 The Way Ahead

Here are my thoughts on the way ahead for Plot 1 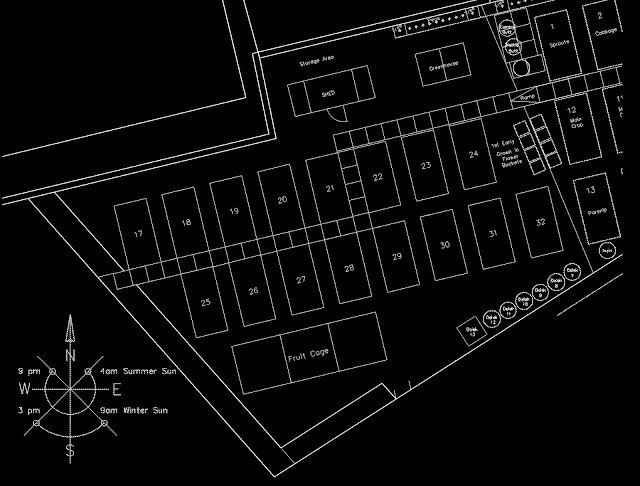 The plan above is an approximation of the layout as I have not been able to measure the walls or the boundaries as there is a mass of hawthorne and brambles along the walls. Once cleared I will update the drawing and bed layout. 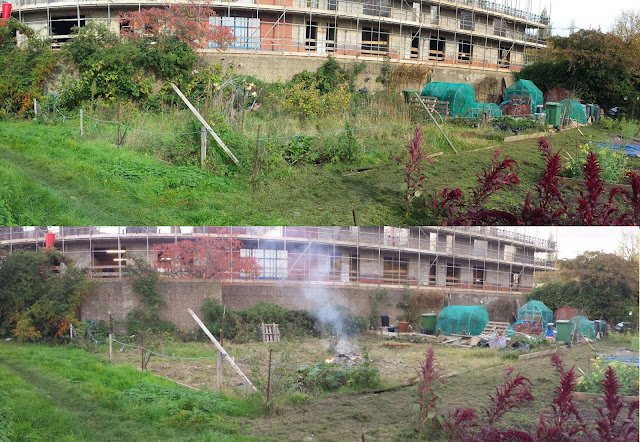 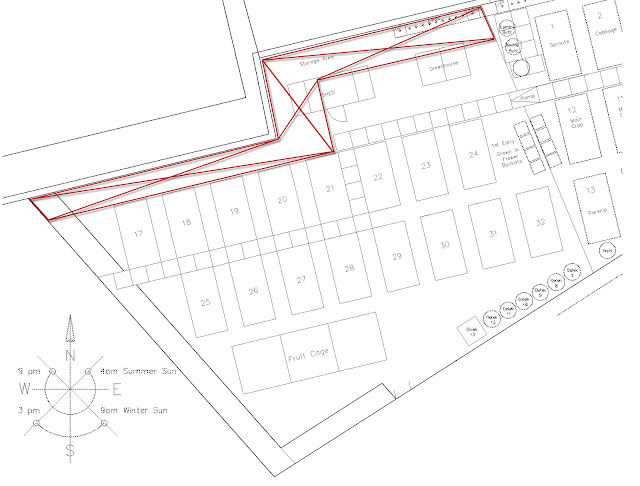 Having cleared the vegetation for most of the plot, the next area to concentrate on is the Hawthorn and Brambles along the wall, There was a huge spoil heap of weeds in the internal corner formed by the boundary wall, which I have a vague recollection of the last tenant spreading as compost over the plot two years ago so it may not be as bad as I'm anticipating but until I clear that area and get into it I will not know.

Strim all the vegetation down as short as possible and then hire a tri flame roofing burner and burn the whole of the plot and then cover with weed membrane, and hold it down with a mixture of plastic pegs, paving slabs, lumps of timber and other dross currently piled along the boundary of Plots 1 & 1A 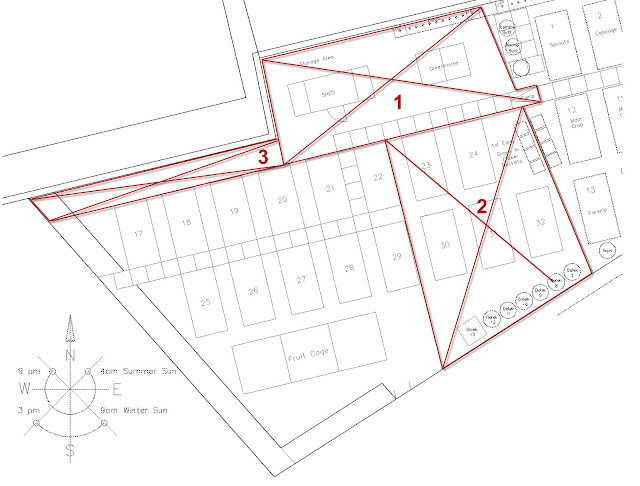 Area 2 will be next as I'm hoping to have 4 - 6 beds ready in the first year, I may work from the South Eastern boundary as I will want to get the Daleks over from Spencer Road and into production as soon as possible. We are arranging a drop off Manure which will initially go into the South West corner of the plot in a heap and into as many Daleks on Plot 1 as I can fill.

Areas 2 & 3 may get reversed in order, as it may be faster to deal with area 3 first.

The first two beds that are created on Plot 1 will be earmarked for potatoes. In addition I intend to grow more first early spuds in buckets as the buckets will help keep the weed membrane down and wind resistant.