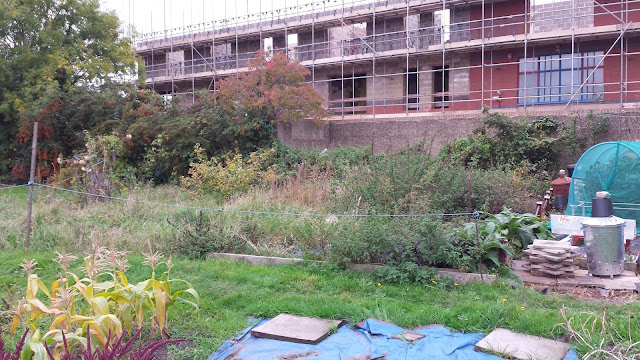 In the last half an hour before going home for lunch at 1:00pm my attention went to the margin on the boundary and the corner of Plot 1. 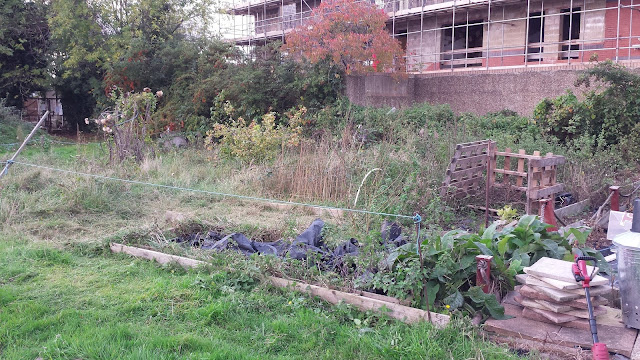 The nettles in the raised bed were strimmed and cut back and a pallet base and three sides erected so that as I cut and clear the vegetation can be stacked and covered to keep it dry for burning, I really don't want to get into taking stuff to the dump unless I really have too. This means that the aim is to cut clear and burn as much as possible before the fire ban comes back into force in April next year.

My battery powered stimmer did a reasonable job of cutting back the couch grass and the nettles but is really is not up to dealing with brambles. Its a case of strimming at height and gradually working down and listening and swaying the strimmer so that it does not stall or turn off as it's does when under too much pressure to cut.

Battery life is around half an hour to forty minutes, so I think a poke around the shed and find the hand Scythe and the Shears is in order before I attack plot 1 again as it will take forever with the battery strimmer. I also think that taking the hand lawn mower to plot 1&1A may prove useful, especially as the path need cutting and until I get a route from the edge of plot 1 to access plot 1A, I will still need to use the foot path between plots 1-1A and plot 2 over winter. 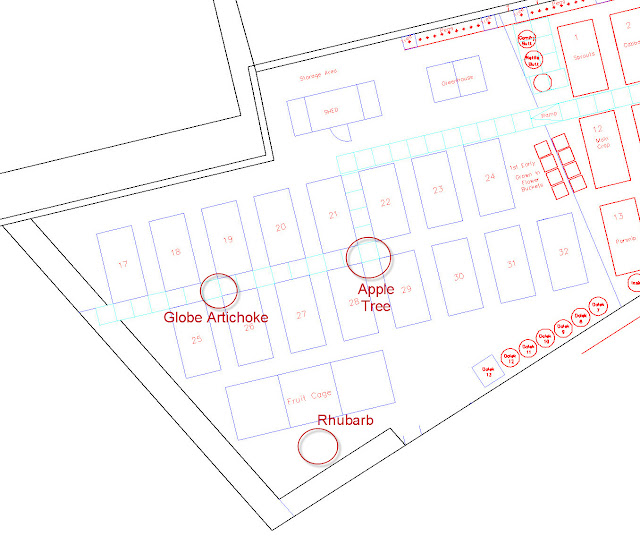 The approximate locations of the apple tree and the globe artichoke are shown on the plan above and I could see when standing at the end of the path between beds 12 & 13 are bang in line of the pathway to the edge of plot 1 so they will have to come out. I may get away with keeping the Rhubarb.