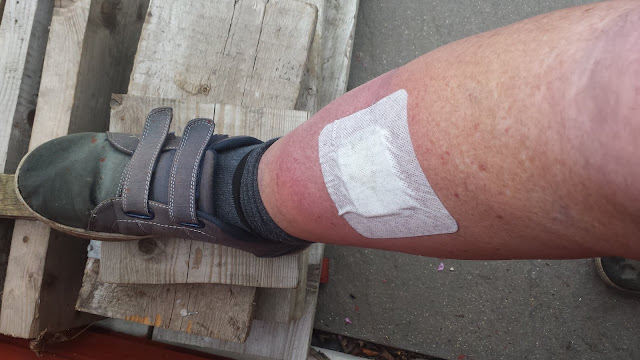 What I didn't say on my post about last Sunday on the plot was that one of the 8 foot long 9 x 2 timbers fell off a saw horse and landed on my lower shin, cutting the skin and bruising my leg. There was some blood that had dried and I showered and washed the wound and it was fine until Wednesday when I put some Savlon Antiseptic Cream around an on the wound as it was getting inflamed. I was informed by the diabetic nurse that diabetics should not use Savlon or iodine on wounds.

By Thursday my leg was so red and painful that I went to the doctor who prescribed Flucloxacillin and the wound was dressed and as there were no appointment available on Saturday I was told to come back Monday. 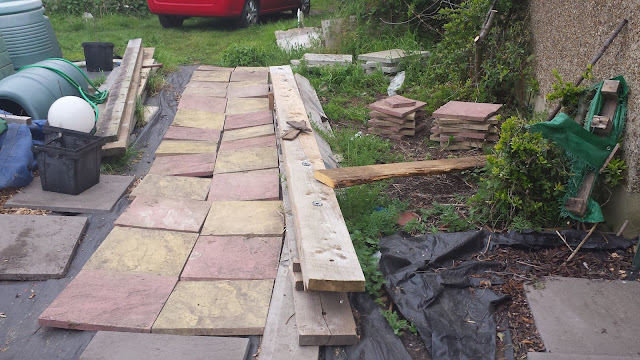 Sunday Moring I went with my future son-in-law who has a van to pick up 32 number 450 x450mm slabs and seven cut slabs. He took the bulk in his van and I took the rest in my car. He laid the slabs on the weed membrane that goes from the edge of the plot up to the shed just to stop the wear and tear on the weed membrane and its somewhere to stack them.

You may note that he has laid them out battenberg cake style, I just love his OCD tendency 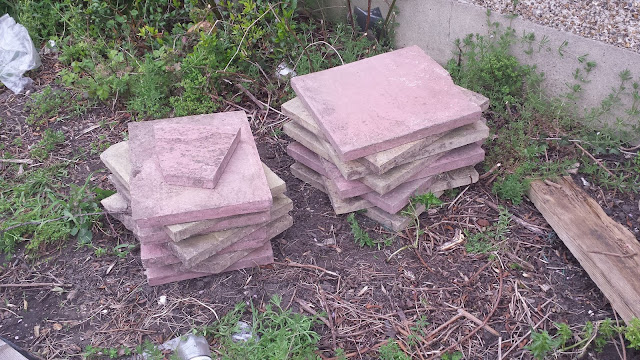 There are also two piles to the right of the path 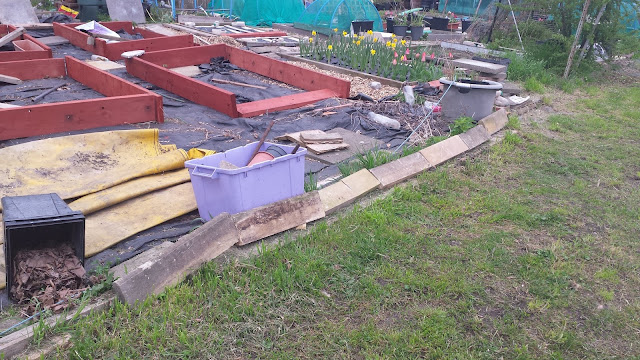 I also managed to get some kerb edgings off Freecycle just a mile down the road from where we picked up the paving slabs. 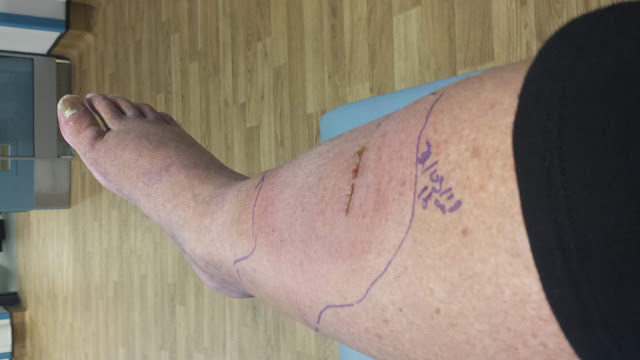 Looking up Cellulitis on the internet It says "is a common bacterial skin infection and may first appear as a red, swollen area that feels hot and tender to the touch. The redness and swelling often spread rapidly. Cellulitis is usually painful."

Bloody right its painful and for a type 2 diabetic it can be very dangerous. The hospital doubled the antibiotics prescribed by the doctor that I was taking 4 times a day and gave me another antibiotic to take at double dose three times a day, and I'm back up the hospital Tuesday for more blood test and perhaps more intravenous antibiotics in addition to the medication I have been taking based on a blood test.

So make sure you clean any wounds you get on the allotment and cover them up, but don't use Savlon Antiseptic Cream especially if your diabetic

On a nicer note the tulips are all showing on the plot now. 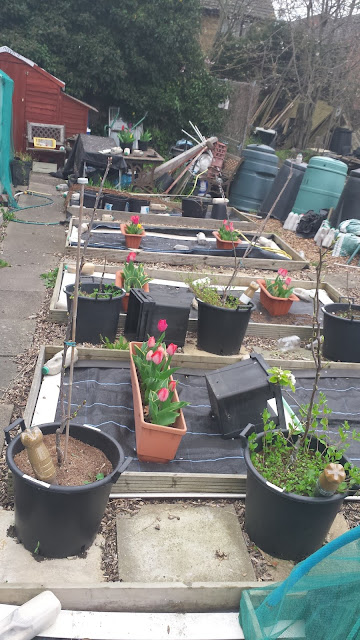 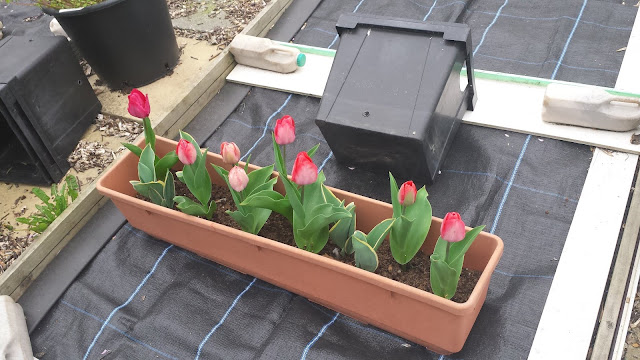 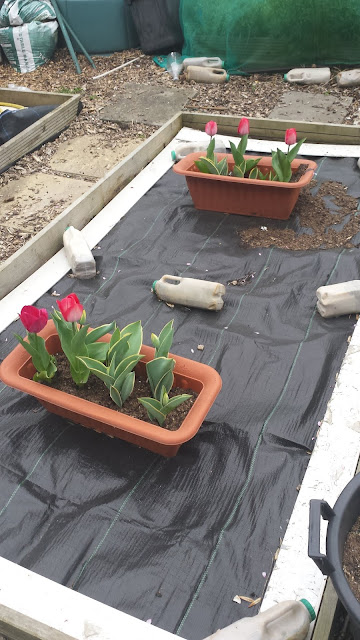 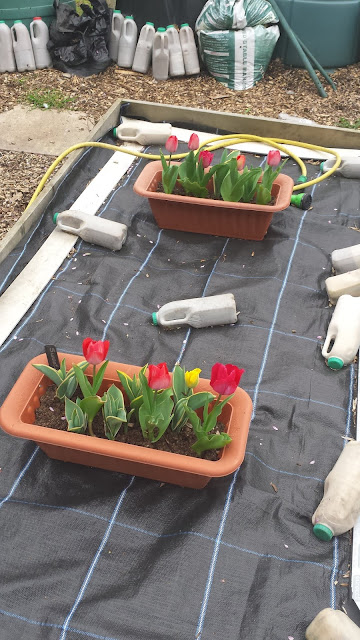 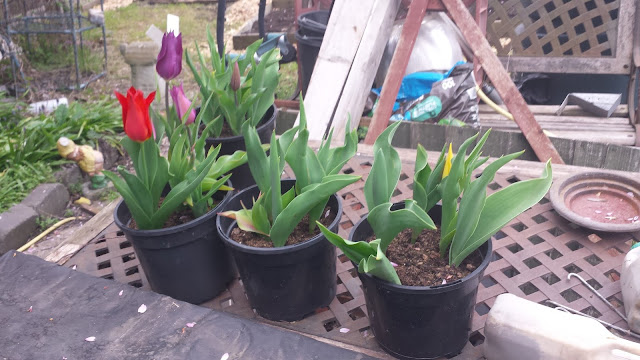 Because of the leg I never got around to burning the last of the rotten timber and Hawthorne and it looks like it may be a fair few weeks until I can kneel down to plant anything and I'm going to have to be so very careful in the future re cuts on the plot.
Posted by cadalot at 21:59