I Was Set Up Gov!

On the 16th June I posted this on Facebook

The Mares Tail working it's way up my plot and how overwhelmed I was feeling as I could not visit the plot enough to deal with it and keep it in check.

Tonight my youngest Daughter Kelly tells me she is picking up her sister Emma from work and spending the evening with her.

After our evening meal my wife says why don't you drop off that tug of grass you sister dropped off to the allotment Dalek rather than having it stink the car up, so I did. As I entered the Drop Off & Pick Up Area (Remember we are not allowed to call it a car park!) I saw a car that was the same make as Kelly's.

Now I don't know her registration number but what I do know the air freshener she has hanging from her mirror. Then it hit me I have been set up and sent down to the allotment at my wife's request, because my daughters were waiting to surprise me! 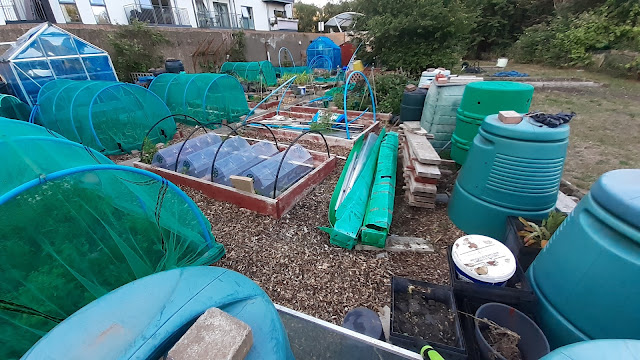 They had been on the plot for about two hours and in that time had pulled all the mares tail from the paths from the Raspberries on plot 1 and had also re woodchipped all the paths adding another 7 - 8 wheelbarrow loads, so the woodchip is thicker and hopefully will help prevent further growth this season. 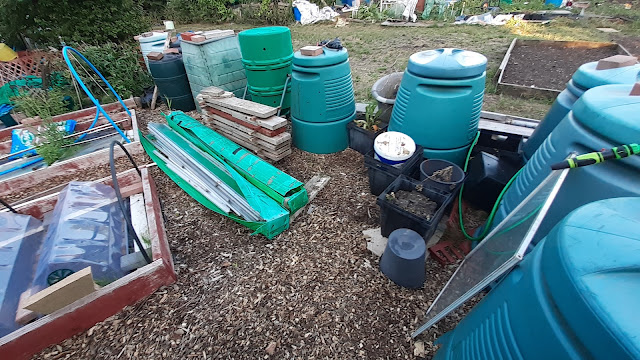 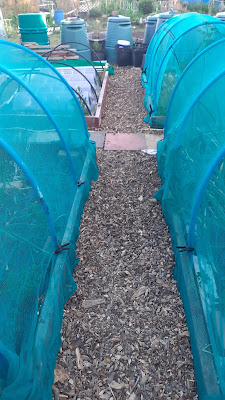 Paths from the Plot 1 TARDIS Greenhouse 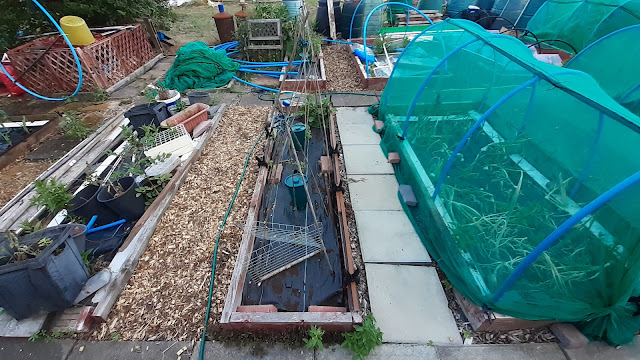 Plot 1A and Plot 1 Boundary looking from the main path 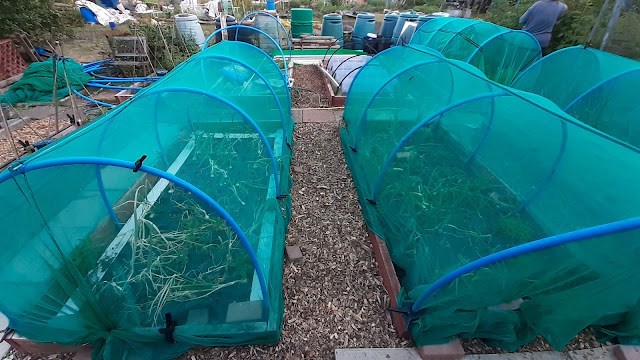 Plot 1 looking from the main path from the Compost Store 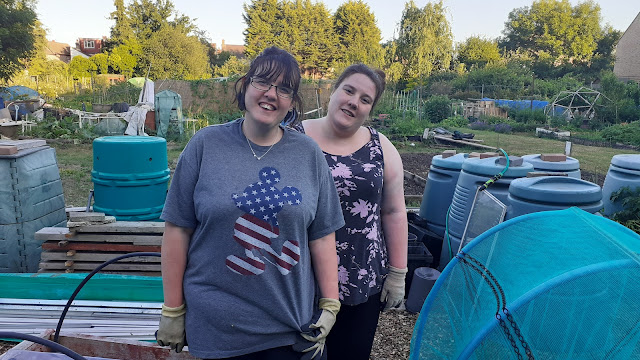 My Daughters Emma on the left and Kelly on the right, I'm so proud of these girls 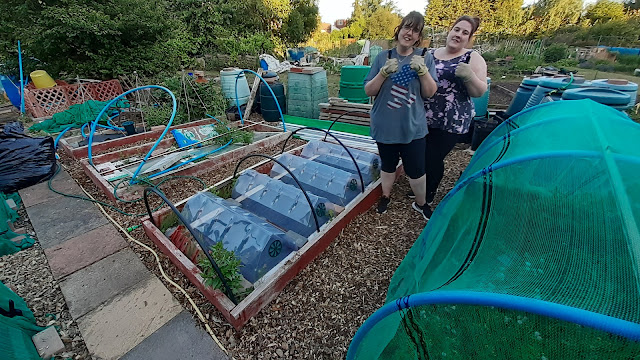 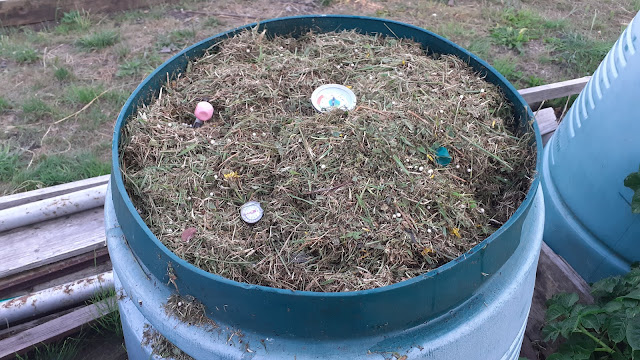 I added a layer of Grass about 100mm deep to active compost bin and the one next door to it,  that I guess technically now is also active. Once you get a Dalek cooking the levels drop very quickly and you know your on it when you have two active bins on the go at one time. At the end of the season I have been known to be filling 3 or 4 bins.
I suggested to Emma that as she was here she may as well harvest another load of Raspberries, they were after all purchased so I could provide her with a regular supply of them.
Posted by cadalot at 20:00