A big thank you my Daughters Emma and Kelly for a great Fathers day. They looked after their Mum this morning so that I could get to the allotment to try and get on top of the weeds and the Comfrey in the morning. 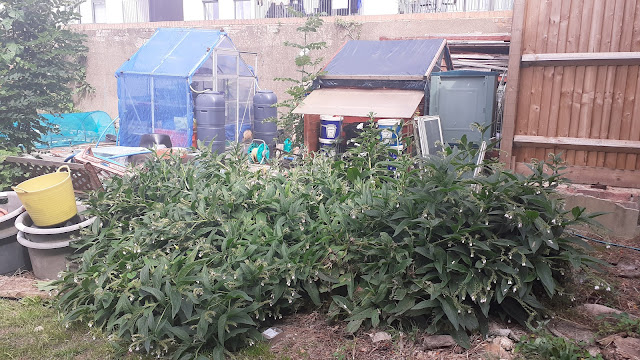 As seen last Sunday from the other side of the Comfrey bed it has grown so much that its all falling over and spreading and the path has gone! 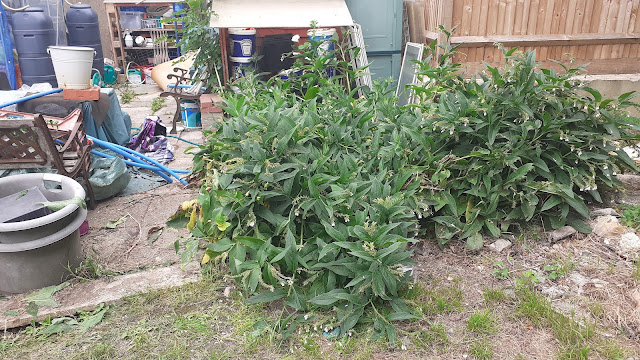 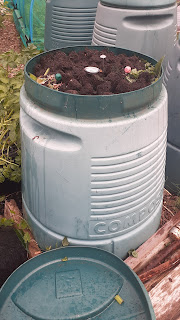 Four Rubber Tug loads cut up later and added to the Daleks and the path into the plot can once again be seen and accessed.
The levels in the main active Dalek had once again dropped to around the top level of lines on the side of the Dalek and and was filled up with 3 rubber tug load of cut up Comfrey and then topped off with spent compost from modules of sweetcorn that had not germinated. 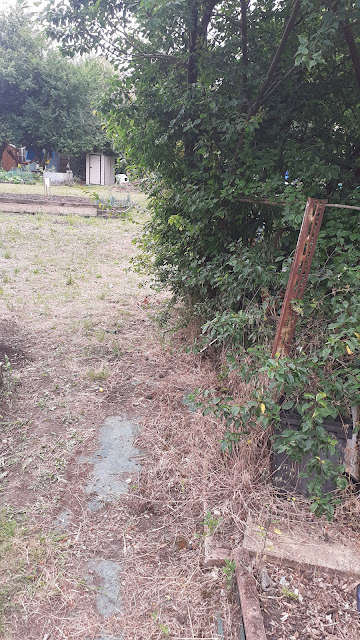 The Plum tree is growing into the path between plots 1A and 2A and the decision has been made to significantly reduce the tree as it was covered in small baby plums and all but 4 now remain.

Something is stripping the tree and I'm not getting any harvest from it so it may as well not be there. 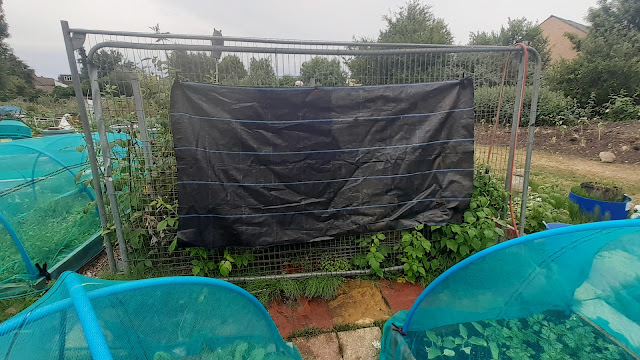 The blank weed membraned sheets that have come off the beds that were a little grubby were hung on the Herris fencing and washed and brushed clean and allowed to dry, turned over and the other side washed. 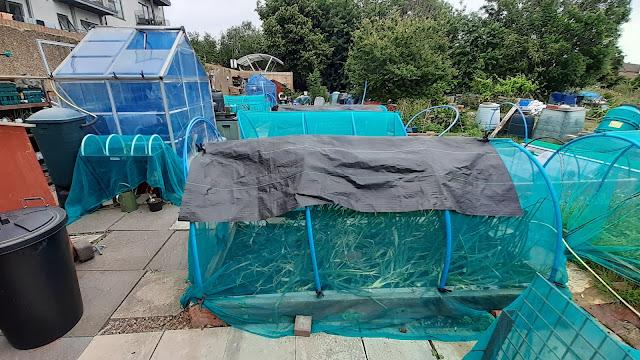 The Blank weed membrane bed sheets were draped over the onion beds and allowed to dry off before finally being folded and put away in a storage container until they are required again to cover the beds for winter. 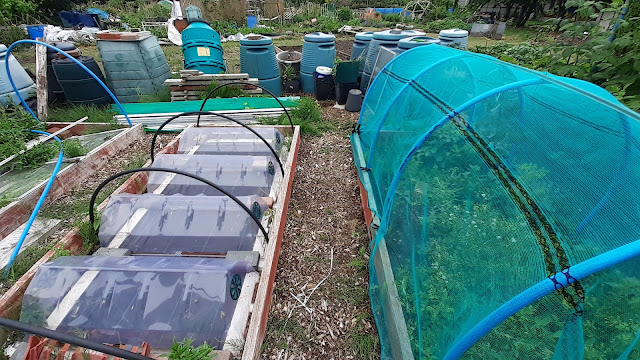 Photo taken just before I came home for lunch showing the progress made in clearing the bulk of the mares tail towards the greenhouse frames. More clearance happened when we retuned in the afternoon but I didn't get any photos, but we have filled the rotating Composter with mares tail to dry off so I can burn it when we can have fires again. The bed on the right is the Asparagus bed and it seriously needs weeding again! a job for a future visit. 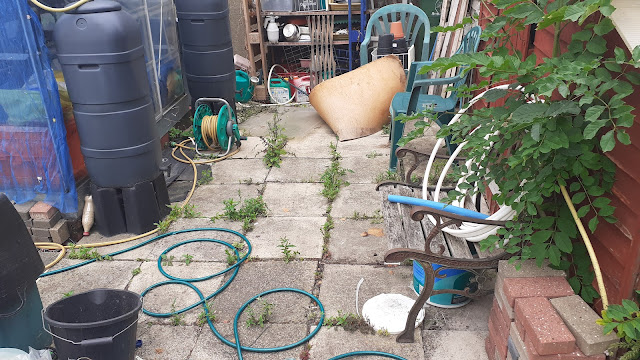 The weeds on the patio to Shed Plot 1A needs weeded or straying with weed killer again.

The three Allotmenteers, Emma at the rear Kelly in the middle and Mr Ruggedly Handsome in the front.

The girls both cooked a great beef roast Sunday fathers day lunch with all the trimmings and make a forbidden chocolate cake for desert. We watched a family film together over lunch and then after allowing some time for our lunch to get down, they both came with me back to the allotment to harvest four deep Chinese takeaway containers of Raspberries.

Emma taking two home with her, Jen and I have one and our neighbour had the 4th container. They also helped me pull up as many Mares Tails as possible from the woodchip paths and the beds, before we had to get back to my wife.
In addition I got lots of Fathers days gifts and I'm going with Kelly to see Top Gun on Tuesday night and for an evening meal with Emma on an night of my choosing when I can arrange for Kelly to keep her Mum company.
Posted by cadalot at 18:24