22 degrees C and Sunny from 7:30am - 1pm today. I decanting a blue barrel of grass from My daughters dropped off early this morning at 7am and many buckets of shredded paper and cut cardboard into the Dalek I emptied a few weeks ago filling to the brim and still some to top up two other Daleks in Army I on plot 1A. Comfrey and coffee grounds added and a little coir for good measure. 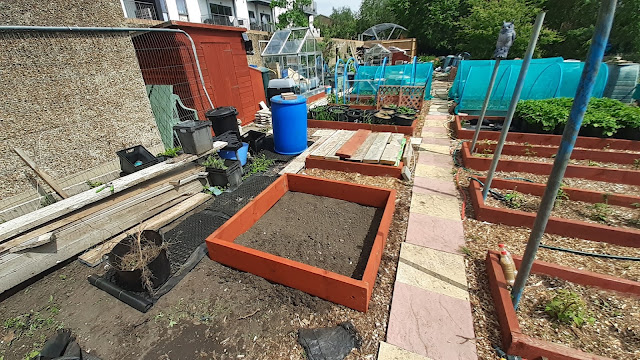 Frame to SFG Bed 2 assembled and placed more or less in position, the path between SFG Beds 2 & 3 needs digging and weeding before SFG2 is finally bedded in place.
Weed membrane and Rubber Matting on path that needs further mares tail and Bramble roots removed. Tug of weeds from todays digging. 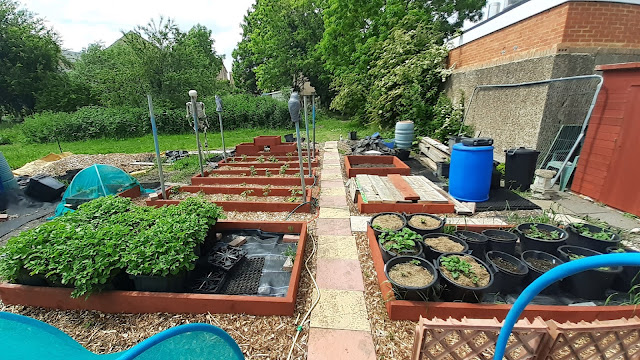 SFG Bed 1 covered with boards to be used for SFG3
Frame to SFG Bed 2 assembled and placed more or less in position, the path between SFG Beds 2 & 3 needs digging and weeding before SFG2 is finally bedded in. 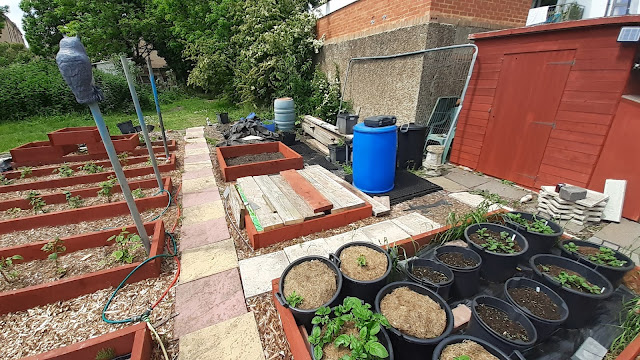 Boards covering the bags of compost in SFG Bed 1. What the eye does not see the heart can not greave over, as my old Dad used to say. The now empty Blue Barrel that held the grass from my daughters house turned upside down with a couple of bricks to stop it flying away until it can be picked up by my son-in-law. 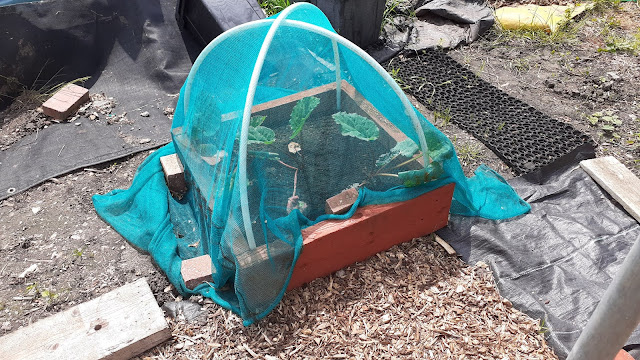 My eldest daughter has promised to help me with a few hours weeding on Thursday afternoon so hopefully I will get some runner beans in after the bed is cleared. 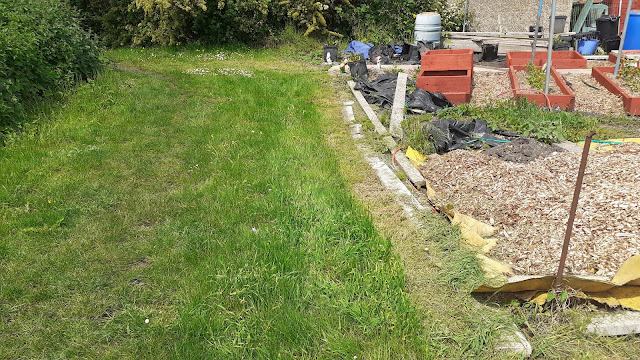 Having bought new blades for the cheap strimmer I used the rest of the charge in the battery to trim along the edge of the plot. 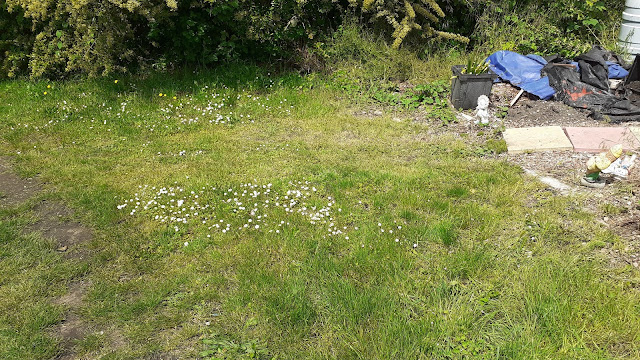 I also formed a cut path off the main path to my entrance before the battery gave up. It's been brought home to be recharged. 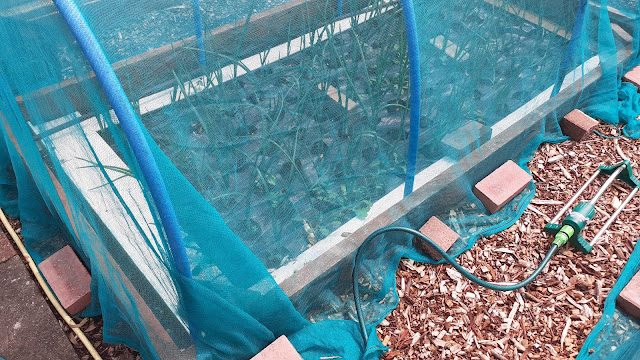 New Sprinkler put in between the onions and watered during the visit.
Onions doing well 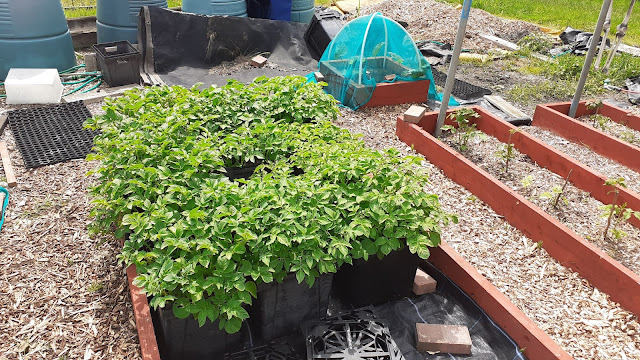 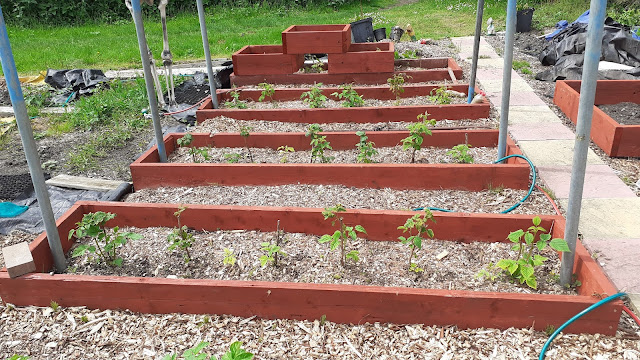 Raspberries looking good and with more growth since last week when they were all weeded. I must think about putting some wires in shortly. 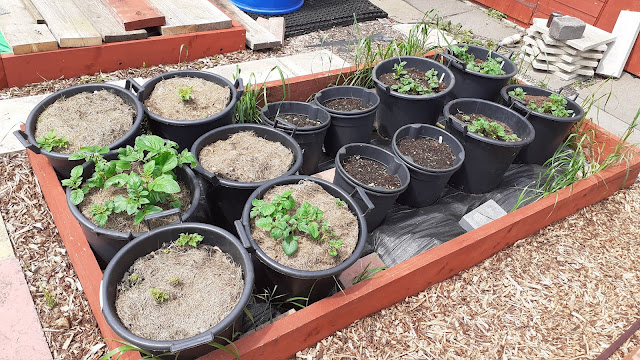