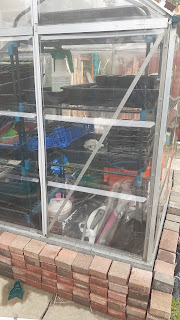 With the rain and high winds that we had Thursday and Friday, I wanted to pop to Wickes and get some self tapping screws as I suspected and I was right that the temporary fix of the plot 1A greenhouse panel had failed again and the panel was flapping in the wind again.
So I took my two Titan drills one to use as a drill and the other as a screwdriver and fixed the polycarbonate panel back in place with the mechanical fixings.
I have silicon and will also silicon when it's dry and not windy.
There was also a panel coming loose on the plot 1 greenhouse so I put a couple of mechanical fixings in there as well. 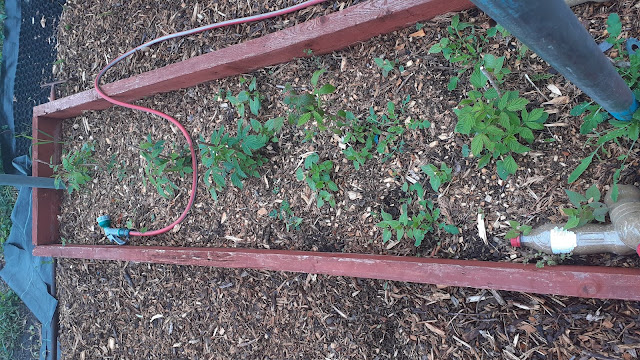 With this rain the weeds have gone bonkers, I only cleared this bed of weeds two weeks ago. There was also mares-tail coming up in the path between Raspberry beds 1 & 2.
I managed to weed the raspberry beds and really can't believe the amount of mares tail that had come up in the bed and one of the paths, especially as I weeded it so intensely when I put the paths and beds in place. 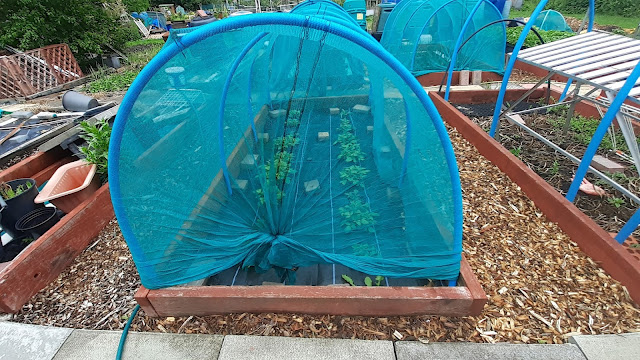 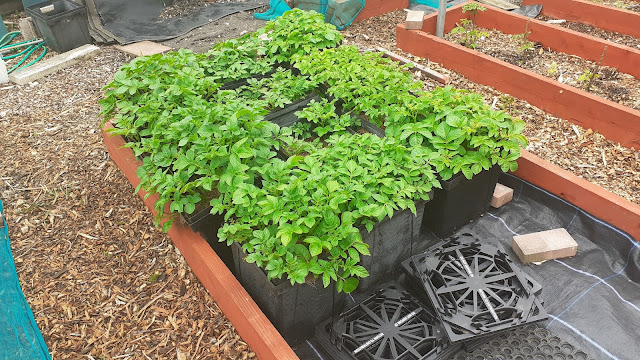 First Early spuds in buckets have also responded well to the vast amount of rain we have had so far in May. 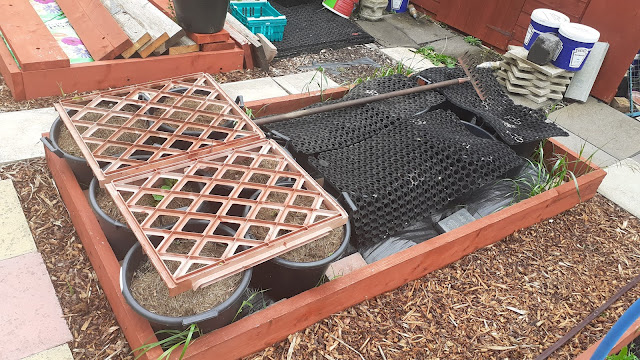 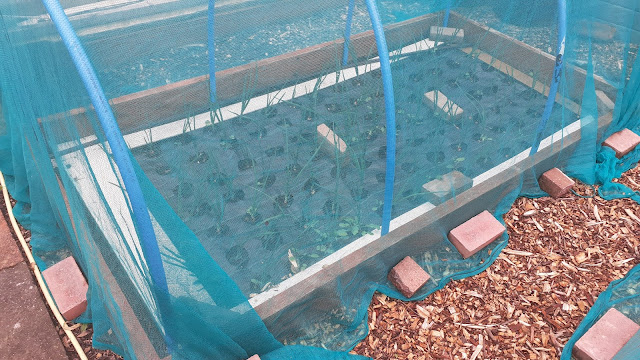 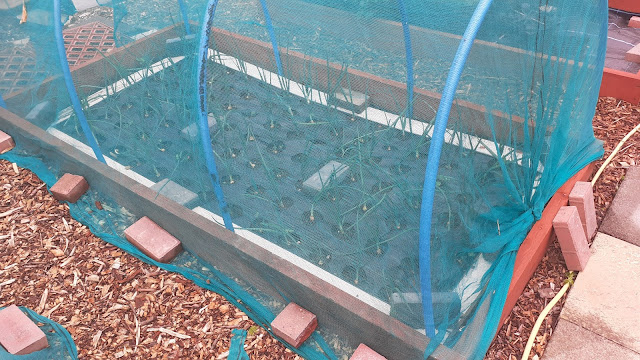 The onions have responded well to the large amount of rain that we have had. A few weeds will need to be dealt with in a future visit. The 2nd SFG Bed I weeded with the hoe last week is full again. No chance of a visit until mid next week weather permitting and at the moment it looks sunny from Wednesday, so hopefully some early morning visits for 2 - 3 hours. I need to get this bed sorted and both beds covered with Mels mix.
The Comfrey bed is really trucking now, so within the next two weeks I need to clear the comfrey pipes and get those making some new comfrey concentrate. Any additional comfrey will be added to the Daleks. 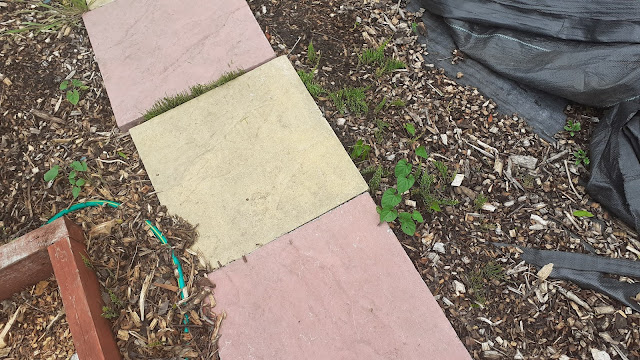 Mares Tail and Bindweed coming up on the main path. I will grow the bindweed up a bamboo and treat with dab on weed killer to take the roots out. The mares tail needs pulling out by hand or burnt with a weed burner.
The Rhubarb appears to be happy in the first Rhubarb bed, I will have to get the paths and the other two beds in place ASAP weather and my wives health permitting.