Visit to the allotment late afternoon to see what damage if any there was on the allotment after the high winds yesterday and last night. There was a little more than I was expecting but at least all the panels were still attached to the greenhouses and they were both still standing. 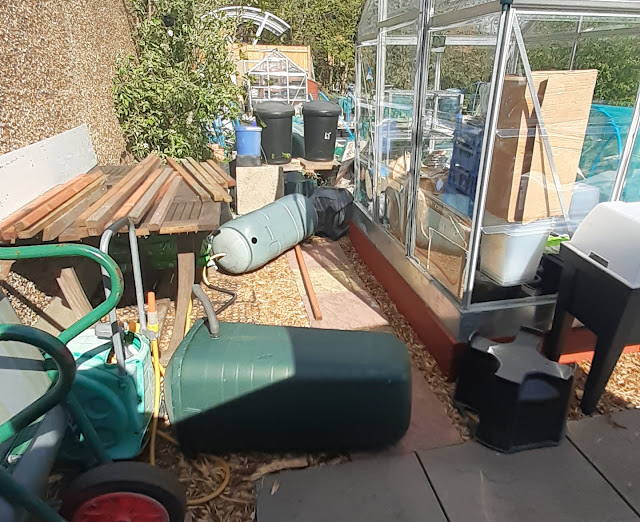 Both water butts on the new Greenhouse on plot 1 had been blown over. I had put a little water in the bottom of the water butts that I thought would have kept them there until they filled up, but it looks like it wasn't enough and the wind got to them before they managed to fill up enough to have the weight for stability. I had to stretch the hose around the down pipe and both pipes had pulled off when the Butts were pulled over so I will have to stretch the hoses and refix on the next visit 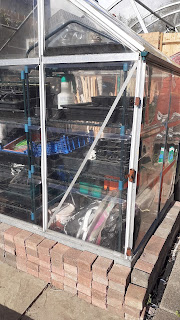 Plot 1A Greenhouse one panel just holding on one side and flapping like a shutter in the wind. So I used three large bulldog clips to hold the retaining strip in place as a temporary fix. I will pick up some more PK Screws and fix the panel mechanically and then silicon all around with clear silicon. That needs to be done on a day when there is not a lot of wind and the panels are not breathing with the airflow from the open vent. 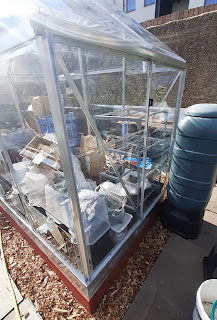 One panel loose on the Greenhouse on plot 1.along the top right side, so again I have a bulldog clip as a temporary fic and will mechanically bond and try and refit the fixing stip with the special tool when I can find it in the shed. 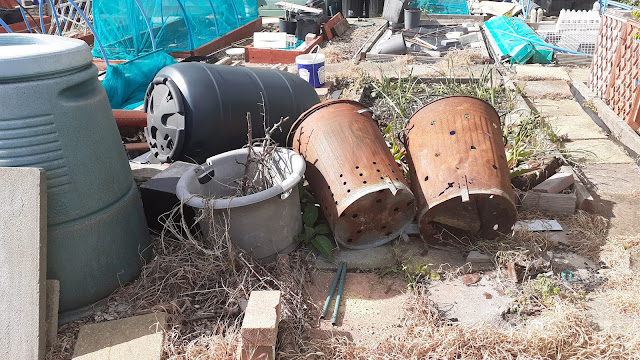 Incinerators laying on there sides along with the two large water butts, at least this time they remained on my plot and didn't go for a walk on my neighbours. I have some rotting timber that I need to cut up and put into the bin that still has a bottom. I need to make a bottom for the bin that does not have one. perhaps some chicken wire will do. There is still some life in that old incinerator yet! 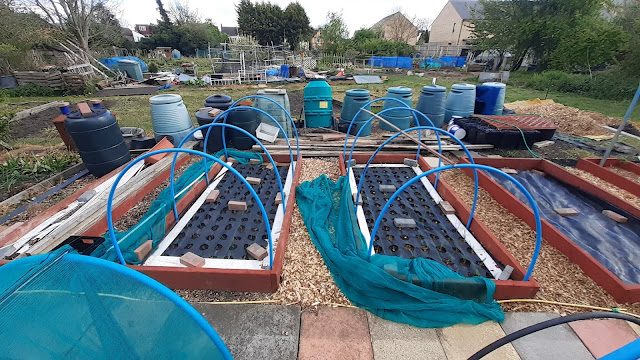 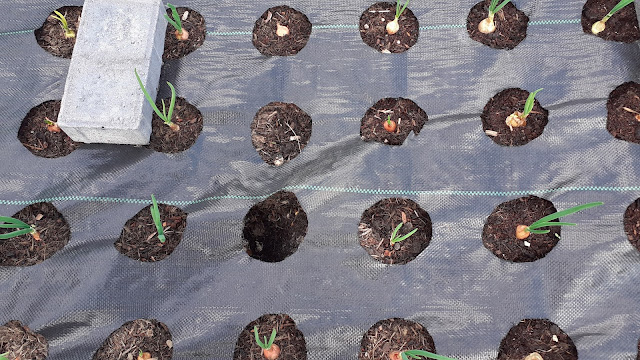 A squirrel, crow or other bird appears to have helped themselves to a few onions now they are exposed so I had no option but to get the onions covered up again as soon as possible. 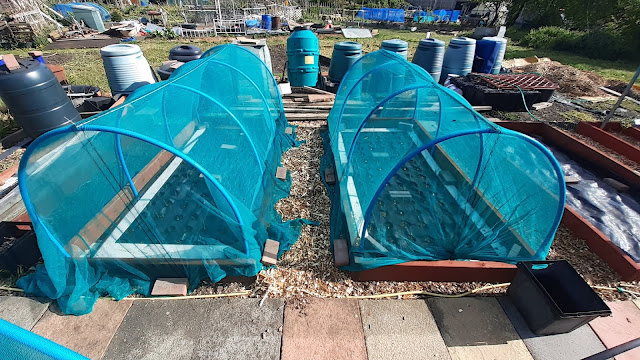 I relocated the lateral bar along the crown of the arch and used a couple of smaller stronger cable ties to hold it in place on the hoop. And this time I used bricks to hold the netting in place, rather than rely on the friction between the side of the hoop and the timber raised bed to hold it in place.

Content that I had done enough on this visit as I could always find more too do and it was only supposed to be a fleeting visit to check for any damage on my way to do some shopping.

I locked up and left Avalon in the care of Bonealot the security guard and part time scarecrow.