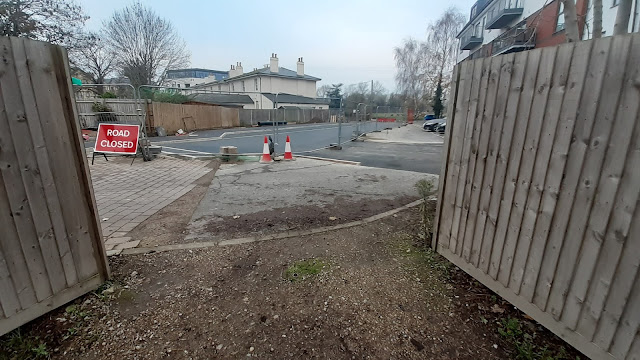 The access road that is about to become adopted and links to the development beside the allotment site has gone in during the last week. Again access was via the development to the side of my plots. It appears the pull in we were promised will happen, but I assume our access into our drop off and pick area (we are not allowed to call it a car park) may be compromised for a couple of weeks whilst they finish it off. 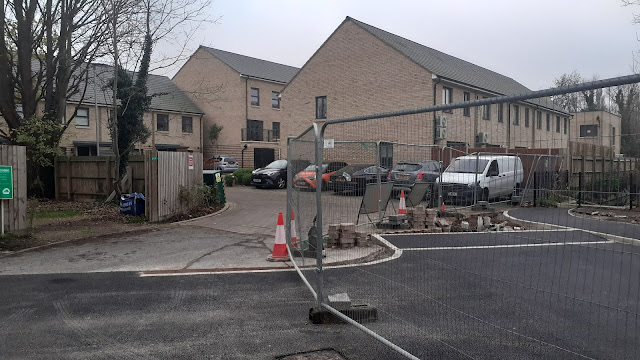 View from the outside of the plot and one can see the area where we will be able to pull up in front of the gate and once the road is open we will no longer block and traffic when coming and going. The roundabout is not a physical entity it looks like they will put one of those white painted roundabout in front of the junction to the access roads, our access and Parchment Close 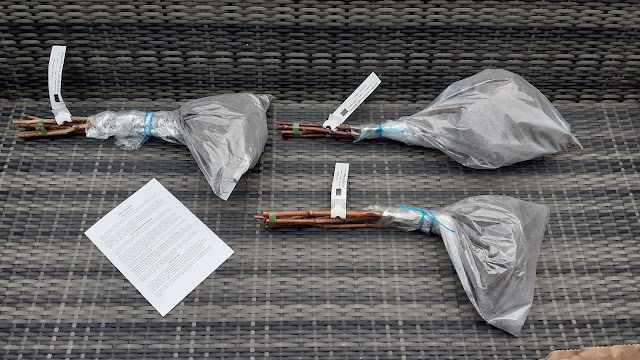 The Raspberry collection came Saturday and so the pressure is now on to get the infrastructure of beds in place and the raspberries in the ground as quickly as possible. 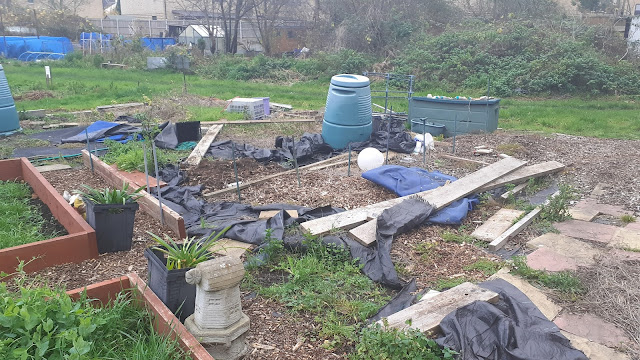 Before Picture ~ at 8:40 and the start of the day on the allotment. A great deal of digging weeding, removing woodchip and clearing was done in order to get the path in from the main path and link into the installed path system so far. And then pulling back the temporary membrane that was covered in woodchip to expose the soil so that it can be dug and weeded. As normal I will dig and weed the paths as well as the beds. 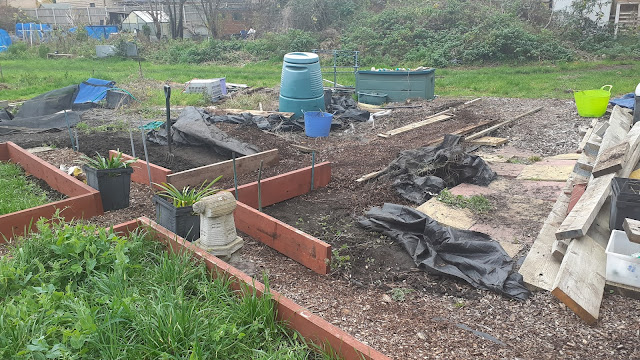 After Photo ~ 1:15pm as I was about to leave for Sunday lunch. Temporary timbers put into the corner of the paths to hold the woodchip path in place, and provide something to better define what's coming. 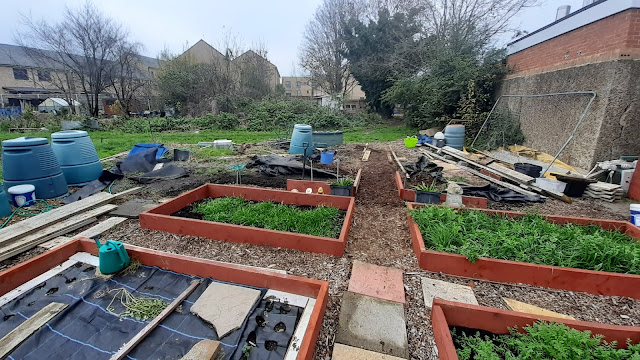 View of the main path into Plot 1 timbers laid on the path at the entrance to indicate the line of the path and where the ends beds need too go. 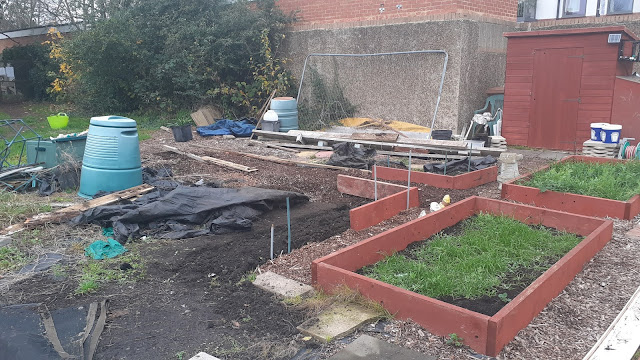 First raspberry bed dug over and weeded, however the bed timber work needs cutting in half as they were built 1.2m x 2.4m and they will now be 0.6m x 2.4m
Once the 1,2m timbers are cut in half then 2.5m long member will be added to make the 0.6m x 2.4m internal dimensioned beds. I de-nailed and painted three 2.5m long timbers all round face by face during the morning and they are on top of the stacked bed frames in the photo below. 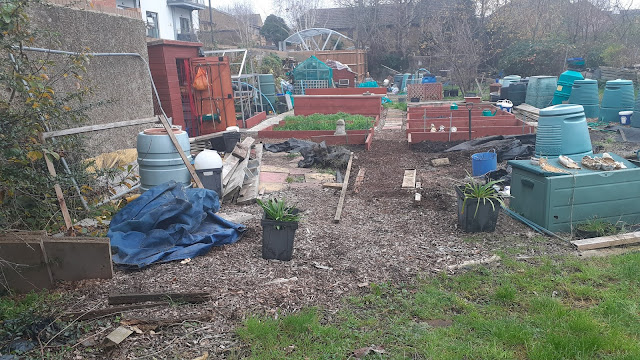 View up the main path into Plot 1, the woodchip path is level and compacted as much as possible at the moment until the bed frames are installed. The two Agapanthus plants in flower buckets have been placed approximately where they will ultimately be planted in the plot each side of the entrance.
Posted by cadalot at 17:19