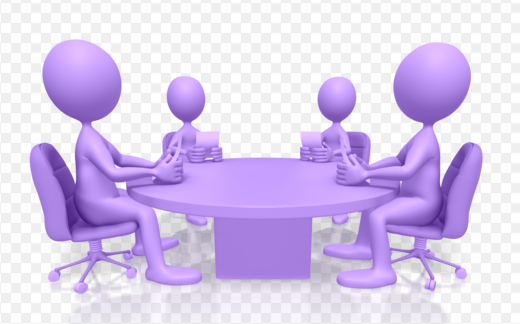 The council officers from the London Borough of Sutton, Idverde who manage parks cemeteries and allotments for the borough and the site reps from the allotment sites have not had a formal meeting since 2019 due to covid, so it was nice to finally get together again around a table yesterday.

The number of site reps attending the meeting was smaller than in previous years, this could be because there were less items to bring up and moan about as Jane Hardy since taking over the role of Allotment Services Administrator for idverde has been so, professional, accessible & helpful and basically 150% better than her predecessor.

Since Jane took on the role there have been very little complaints about the service that idverde has been providing, in fact, we all ended up giving her a round of applause after one site rep thanked her for all her help resolving problems on her particular site, and we all wanted to show our appreciation for the level of service she has provided.

Jane advised us that 2,246 Invoices were sent out by post on the 6th October and after 30 days there were still 469 people who have not paid for their plots. These individuals have been sent reminders and if they don't pay by the end of November, they will be receiving confirmation of the termination of their lease with LBS. Jane is aiming to draw a line under the invoicing by January 2023 and will provide site reps with a final list of vacant plots and start sending out requests to visit to those on the waiting lists.
Site reps have been provided with a list of plots following the meeting where the current plot holders have not paid, so that if they see or know the individual, they can remind them or see if there is a problem. How proactive each site rep is on this matter is up to the individual site rep.
Unfortunately, there are always individuals who just decide they will not renew and don't bother to inform anyone and thus a plot can remain empty gathering weeds until the reminder, termination notice have been served and three months have taken place since the invoices were sent out.
As at the 18th November there are 1308 people on the waiting list and in January 2023 those at the top of the waiting list will be invited to arrange a meeting with the site representative from their selected allotment to view what plots have become available.
The 1308 figure is a snapshot in time, as there are a number of applications for allotments that have not yet been processed and are not on the database as Jane has been busy sorting out Winter maintenance and the invoicing process.
The figure for Unlettable Plots one the spreadsheet jane sent following the meeting was 154 which is inflated because Stanley Park has a huge amount of plot that are allocated for growing lavender and the quoted figure of 67 plots is more realistically 3 or 4 making the figure for Unlettable plots more in the region of 91 - 92. In financial terms that's a loss of income to the London Borough of Sutton could be anything from £8,000 - £10,692 depending on the size and mix of the Unlettable plots.
Maintenance issues such as Fencing, Security, Padlocks, Grass Cutting, Hedge Maintenace, Water Supply and Plot Clearance were in the agenda and discussed.
Trees although not on the agenda, come up again. Trees on allotment sites is a matter that needs greater discussion and sorting out at a future meeting, and it was proposed that more and better guidance needs to be incorporated into the Allotment Guidebook, but again this was not discussed at length and no decisions were voted upon or decisions be made due to lack of time to discuss.
The pat answer from Mark Dalzell of asking "the council to come and look at the trees" was given, and it was pointed out to him that even when the trees were diseased, that nothing would be done until they became a health and safety problem as the usual answer that "Sutton does not cut down healthy trees and they don't have the money/ budget to deal with the problem" would be given following that visit.
This raised a request re more open book accounting should be in place as Allotment owners are stakeholders of the service and our rents are taken into the Authority as revenue monies, but no funding to deal with specific allotment items are budgeted for or funding sourced from our allotment specific revenue, and the blanket excuse of "we don't have money to deal with that" is given and just expected to be accepted!, and quite frankly that's getting old and someone needs to fight for the budget to be found from revenue from the rents we pay.
As always LBS had not booked the room for long enough to allow for all subjects to be discussed and dealt with and there were a number of items that had been requested to be added to the agenda that were not discussed. I'm aware that LBS intended to discuss the significant increase in rents next year, and the requirements for organising nature & gardening clubs on allotments has been requested from Jane from a number of allotments and she wanted that and other items to be added under any other business, that there was not time for.
Everything was then rushed and there was not really time to go around the table for any other business and there was not a formal vote as to if the next meeting should be in six months or 12 in months' time, although one or two of the more vocal site reps expressed their opinion.
Personally, I believe that a meeting should be held early next year, to deal with the information re the proposed increase in the rents, unused plot/ and tree clearances, and the creation of a budget from our revenue to deal with allotment specific problems and other items that did not get the time to be discussed.

Site Reps, in light of the increase in rents next year and other items that you may have requested be added to the agenda and were not discussed please, let Jane know your views on when the next meeting should be on the agenda, as she will be taking up the no formal vote or decision on the date for the next meeting with Mark Dalzell shortly.

On Mill Green Allotment we have 25 plots, 4 which are out of action and one that has just become vacant. The old plot holder of the newly vacated plot is planning to move away from the area early next year, and decided to quit, but was decent enough to let myself and idverde know.
We have two half plots that are currently unable to be let as they are still being treated for Japanese Knotweed.
We also have two half plots that are covered in trees and debris and cannot at the moment be tenanted. The previous tenant who had these plots made them into defensive structures that were near impossible to look or gain access into and filled them with all kinds of junk.
Two plot holders who have the adjoining plots are working in conjunction with idverde to clear these plots and to cut back the trees.
What I'm hoping is that the council and idverde will be able to assist in the removal and grinding out of the tree stumps, so that the plots can once again be used for growing vegetables, and the people at the top of our waiting list of 37 can come in order to view and pick which plot they would like.
Posted by cadalot at 06:00