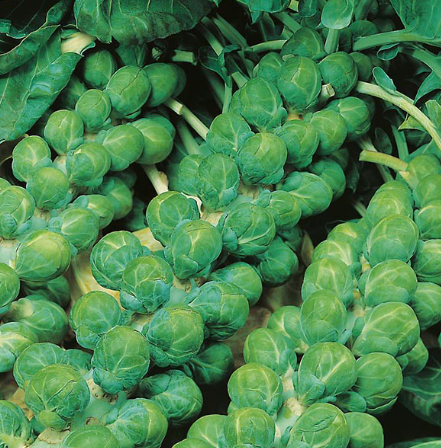 Looking at my seed box a lot of my Brussels Sprouts seeds are getting a little old, so I decided to look at the cost of buying a new packet of seeds.

I decided on Evesham Special because I have grown them before and they are an old traditional English variety producing medium height, strong growing plants and yielding heavy crops of solid, good, flavoured sprouts from September to December. 2½ft (75cm).

I was initially surprised how few of the UK seed suppliers I have on my list in the left margin are actually selling them in 2023. Then thinking about it perhaps it isn't strange as most of those not selling them are usually more expensive, perhaps those larger companies are realising they can't or don't want to compete on price for traditional heirloom seeds these days.

Ordered by Cost and then Number of seeds

Not stocking or selling Evesham Special Brussel Sprouts his year

Email ThisBlogThis!Share to TwitterShare to FacebookShare to Pinterest
Labels: Sprouts