Getting More Sweetcorn In 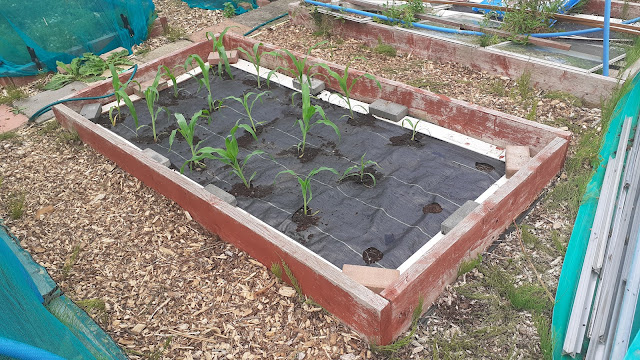 The bed cleared of weeds yesterday had the second sowing of sweetcorn transplanted in place and they were watered in. We will either get a late crop or some greens for compost heap, so win win whatever the outcome really. 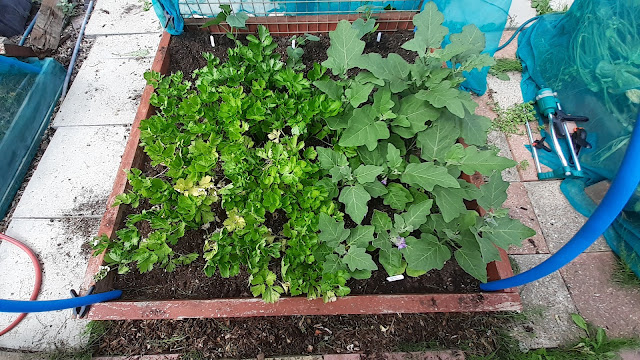 Square Foot Gardening Bed 2 Celery Aubergines and now Mini Muncher Cucumbers after weeding. The celery isn't really growing very much but I really hope they come to something as I've never managed to grow celery to maturity. 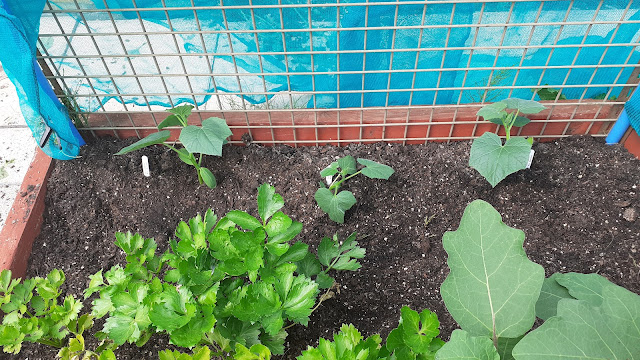 View on the three of the 4 Mini Muncher cucumbers from Suttons that germinated. Grow little cucumber grow and show me what you have got to give at £1 a seed. 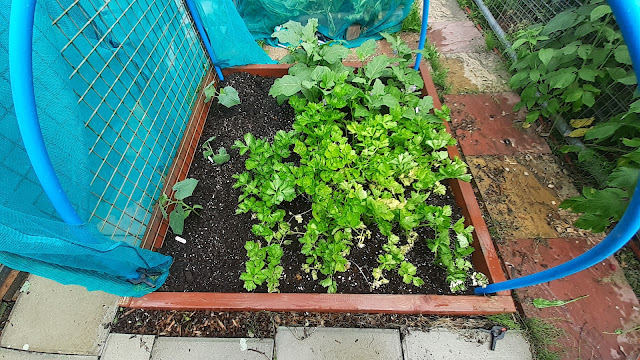 Square Foot Gardening Bed 2 Celery Aubergines and now Mini Muncher Cucumbers. after weeding. The celery isn't really growing very fast. it could be the heat and lack of watering that is stunting them so I gave the bed a really good watering. 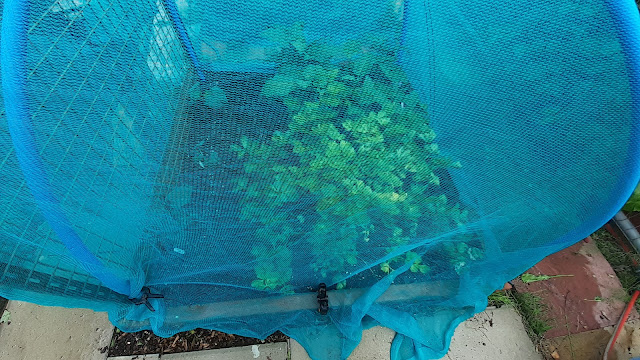 The bed was re covered with debris netting to stop Basil and his mates from digging it all up. 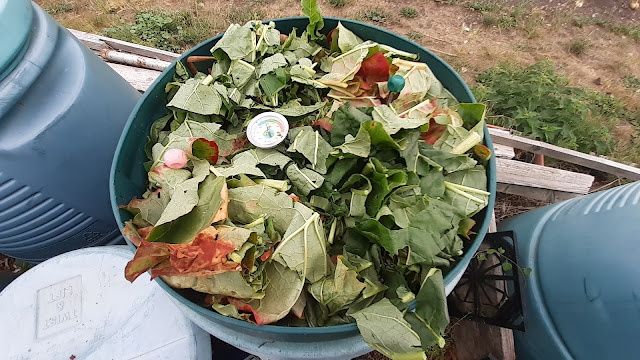 Active Compost bin filled to the brim once again with a mixture of Comfrey, spent compost, shredded paper and Rhubarb leaves all watered in layers. The Compost Meter went to the edge of Active just before I put the lid back on. 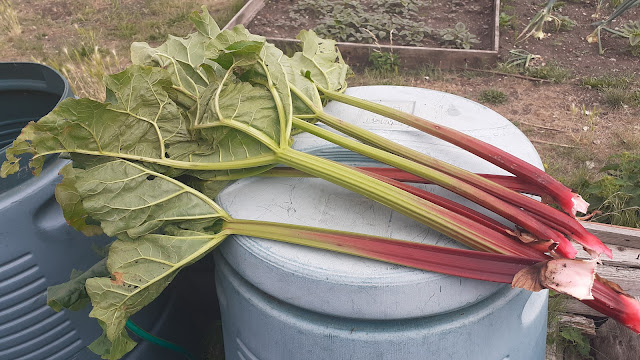 Rhubarb harvested and the leaves added to the second active Dalek along with some cardboard, spent compost. 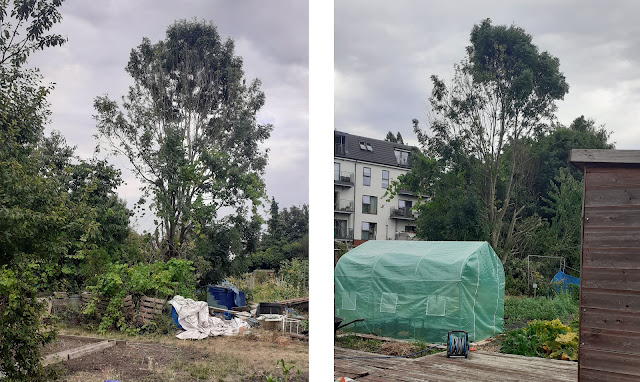 When I arrived John was up the tree on plot 3 and was taking out some really long branches. I pinned the authorisation for John's actions on the notice board and gave him a copy just encase the old tenant of the now vacant plot turns up again.

The old tenant was issued a termination notice and should have removed all his stuff and returned his key back in May, but he has visited the site and talked to some of the plot holders and was watering the overgrown plots despite them not having anything growing on them or being his anymore! 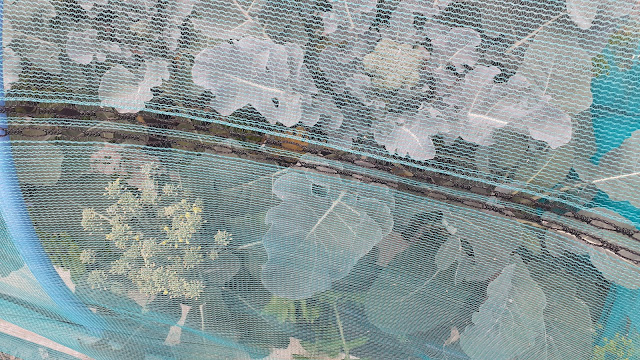 Broccoli bolting and gong to seed in the heat. 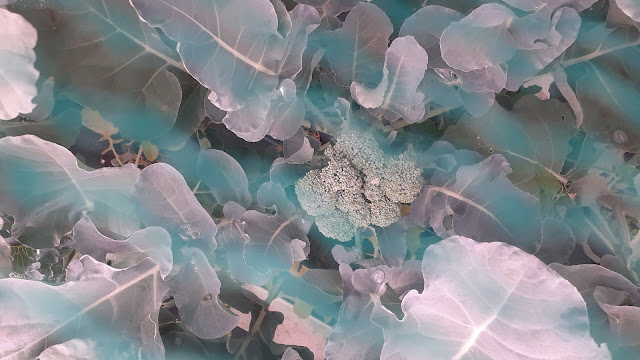 Broccoli that I should harvest next visit 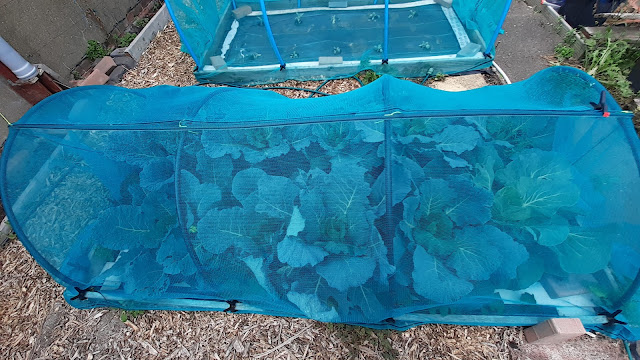 Cabbages looking good but I need to remove the small hoop frame and replace it with a larger one off one of the onion beds. 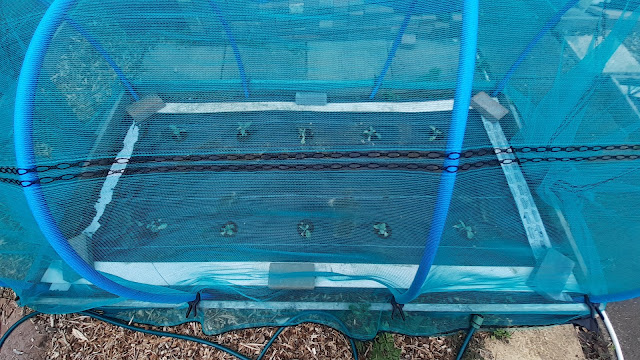 They have only been in a day but the best 10 of the 12 Cauliflower Depurple from Suttons are not looking promising after being heat stressed and don't appear to be bucking up. Only time will tell if these are going to come to anything. 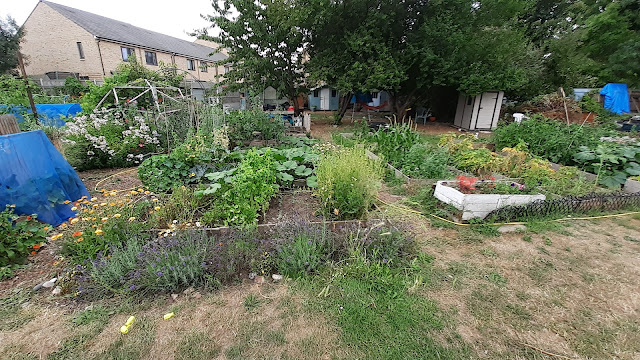 Plots 12 and 13 are looking good this year despite the extreme heatwave we have had. 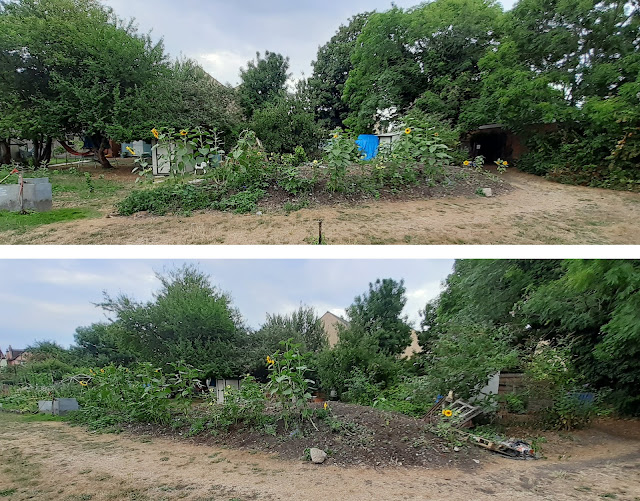 So impressed with what Lee and Michelle are doing clearing what has been a historical rubbish heap and dumping ground for weeds on the site for at least the last 10 - 15 years if not longer.
All the nettles were removed and replaced with sun flowers this year as work on clearing and excavating the heap continues. Lee is gradually excavating all the other dross, metal, plastic pallets and all kind of things from the heap in a very methodical time team type fashion.

The Raspberries have gone bonkers they need pulling back so one can actually get into the paths between the different varieties. and the edge of the plot needs to be weeded and more clearly defined in some way shape or form.
The Hawthorne bush in the left of the entrance needs cutting back and stacked ready for burning come October.
Posted by cadalot at 16:00