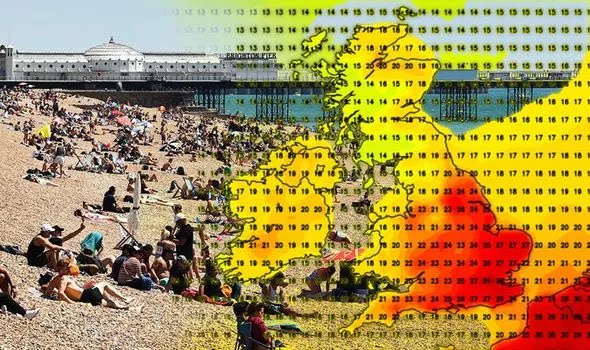 On Sunday July 19, red-hot weather maps show temperatures hitting highs of 30C in London, remaining no lower than 5C below that across the Midlands, southeast and southwest.
The North of England and parts of Wales will bask in 22C heat, while the mercury could hit highs of 21C in Scotland.
These scorching temperatures will continue over the following 24 hours, with highs of 31C in the capital the day after and only a few degrees lower in several surrounding areas.
Millions of people across the North of England and Wales will continue to enjoy temperatures of 22C, with the mercury falling slightly lower in Scotland and Northern Ireland, with highs of 19C, the charts claim.
Posted by cadalot at 16:00