Vandalism or Another Plot Holder ? 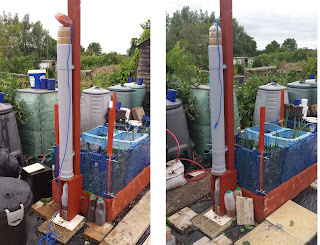 Either we have little darlings that are getting over the fence and committing random acts of vandalism or another plot holder wanted some rope and decided to cut the new one on my comfrey pipe and took it complete with the plant pot saucer.

It has been suggested that kids brought onto the site and not controlled by their parents could be responsible as kids have been seen wondering around plots.

I'm not amused, and have asked if any other plot holder has had any problems. 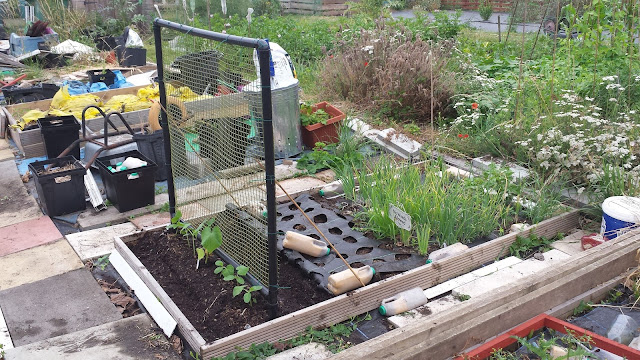 The Burpless cucumbers are in at the end of the Onion Bed 3, I'm hoping there is enough good weather to get a harvest, they do grow very quickly. 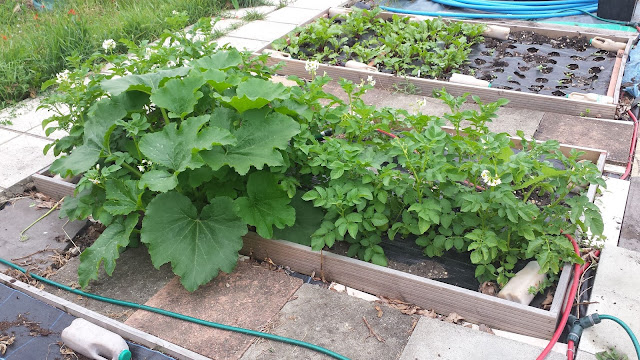 The self seeded butternut squash or marrow in potato Bed 4 looks like it's going for world domination. 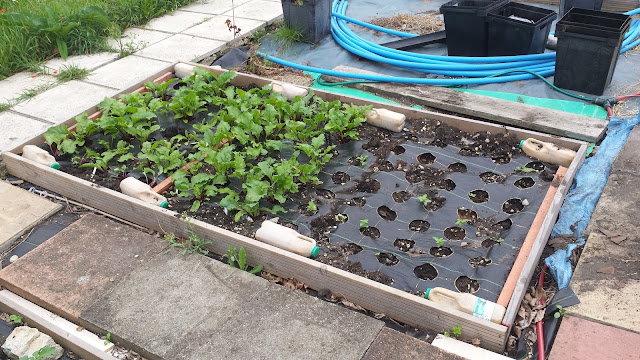 Beetroots from the space saver not used on Mill Green on Friday fill in the gaps in Bed 6, it look like some of the parsnips at the right of the bed may have taken, I will have to wait and see what happens. 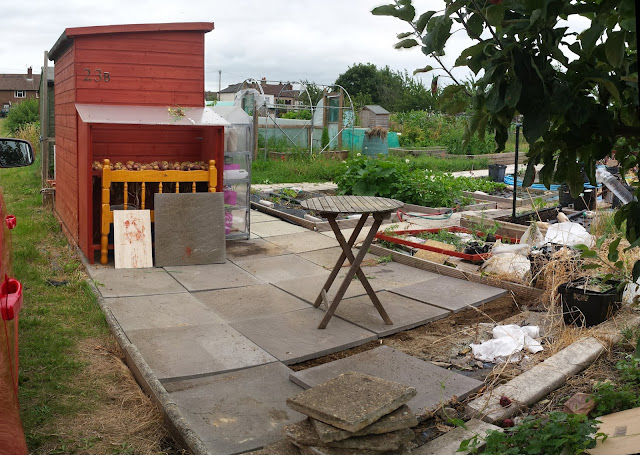 The bags of crushed glass paving sand had started to weather & perish so I spread them and laid as much paving as I could. look like I need another four bags to complete the paving then I can erect the greenhouse ready for next year. 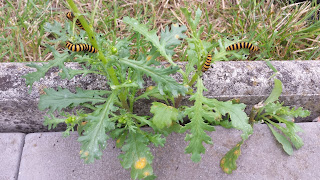 I had never seen these guys before they are Cinnabar Moth Caterpillars and they normally feed on the leaves and flowers of Common Ragwort (Senecio jacobaea). Occasionally found on other ragworts and groundsels.

Thanks to Veggie Chicken on the Grow Your Own Grapevine for identifying them for me.