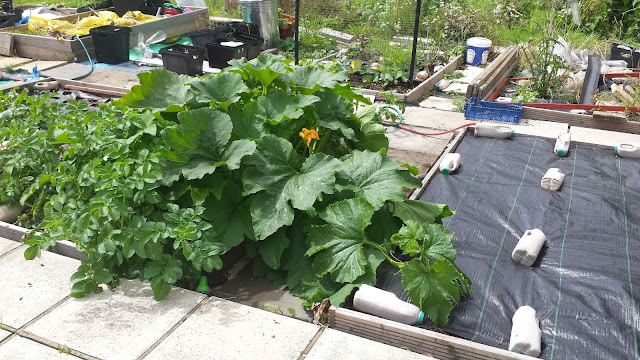 In the morning the yellow flower was open and it was massive, but had closed up by time I went home at 1 in the afternoon.

I moved it off Bed 2 and dug out the spuds and covered the bed ready for winter, then put it back so it can wonder over the adjacent bed 2.

But what's growing does not look like a butternut squash, It's not peanut shaped I have no idea what it is. I posted a couple of photographs on the Grow Your Own Grapevine forum and it was suggested that it could be a pumpkin.  I did put a couple of pumpkins in the compost dalek last year so it could well be one, but having never actually grown one before I would not know

Funny isn't it but there is always at least one potato that get a fork through it when you dig them up, at least it wasn't a big one 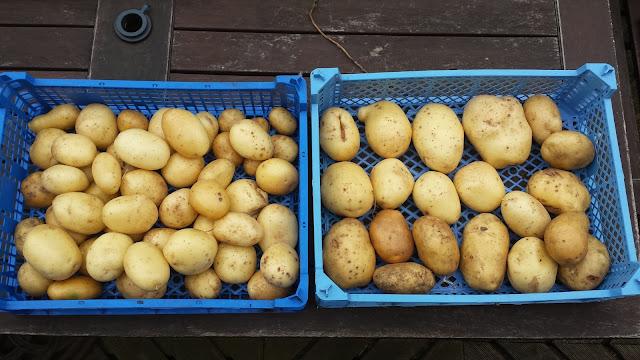 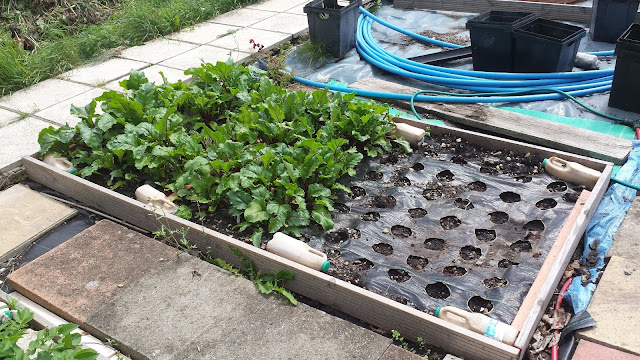 The Parsnips have died or been eaten by slugs so I will sow Beetroots in the remaining space in the weed membrane in Bed 6. 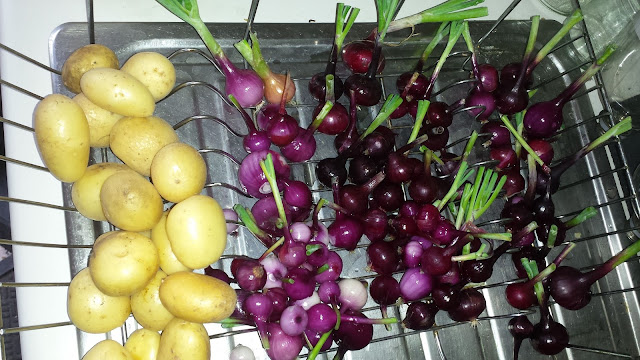 There was some white rot on some of the North Holland Blood Red Spring onions so I ended up harvesting the lot.