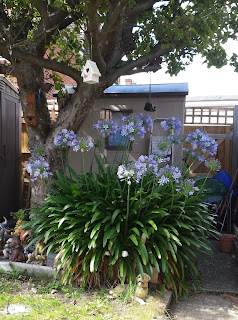 One of the things that I truly love now that I work from home is that when I look out of my office, I look straight into the back garden and at the end of the paths under one of the apple trees is an Agapanthus plant that was given to me by an old neighbour that I had known since I was a kid.

It started life in a smallish pot and got moved up every few years until it finally went in the ground under the apple tree. It thrives on neglect, It gets watered very occasionally and that's about it.

Each year we get more and more stems and flowers. last year I saved a head and harvested the seeds and have sown them in a pop bottle propagator and now have some little seedlings that needed to be transplanted into vending machine cups 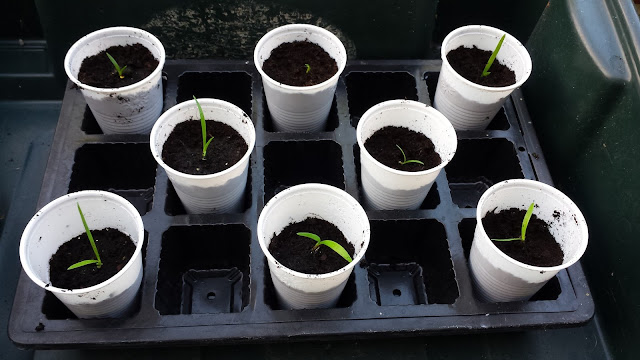 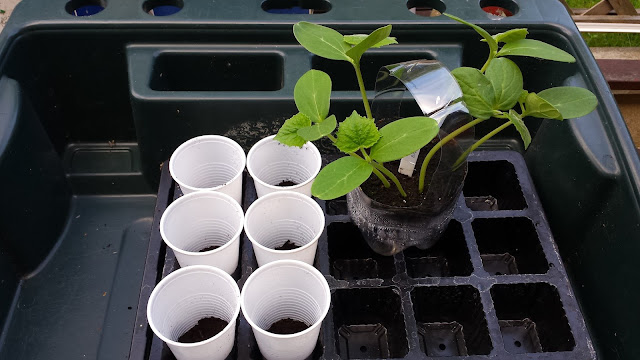 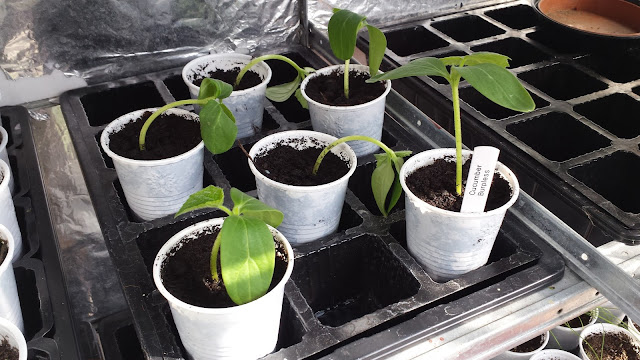 As Cucumbers do they sulked a little after being transplanted 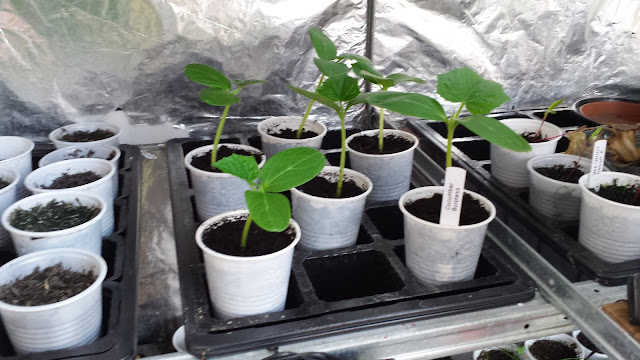 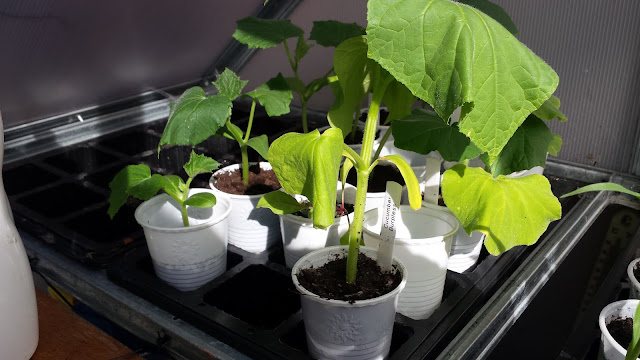 The loan first Burpless Cucumber in the front of the tray really needs to go in the ground soon, in the rear of the tray are Marketmore Cucumbers and some Butternut squash 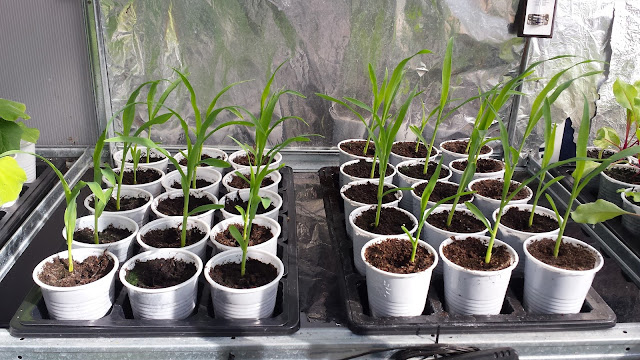 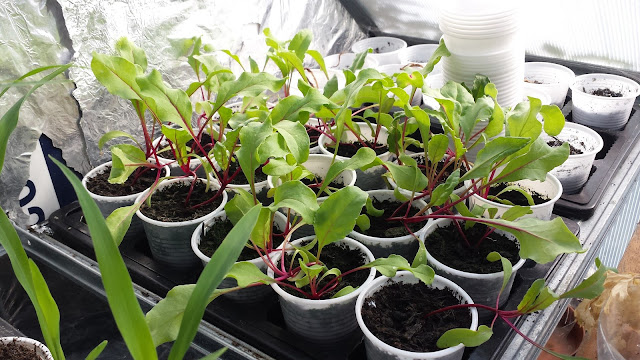 A top up tray of Beetroots to fill the gaps at Spencer Road
Posted by cadalot at 01:00