Early Sunday visit to the plot today and two plastic trugs of weeds from the paths and Raspberry beds removed. Having noticed how well the Rhubarb is doing and how crowded the single bed is now looking, I started clearing the area where the other Rhubarb beds are going of weeds.

Having cleared as many weeds as possible I managed to get in the path between the two Rhubarb beds and trimmed and covered the remainder in a hope of killing off the foliage a little.

Last Quadgrow filled with 15 litres of water that had stood in the greenhouse. 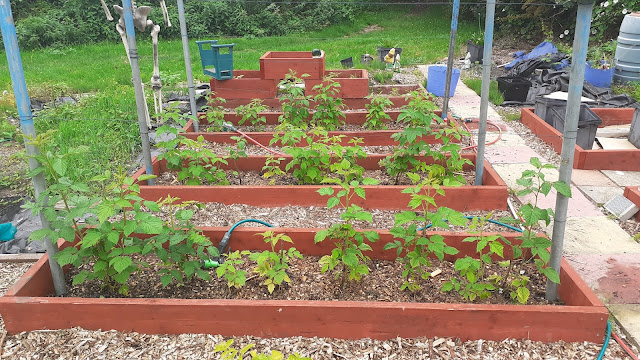 Raspberry beds and paths looking nice and weed free again at least for another week. I'm sure there will be more mares tail coming up shortly. 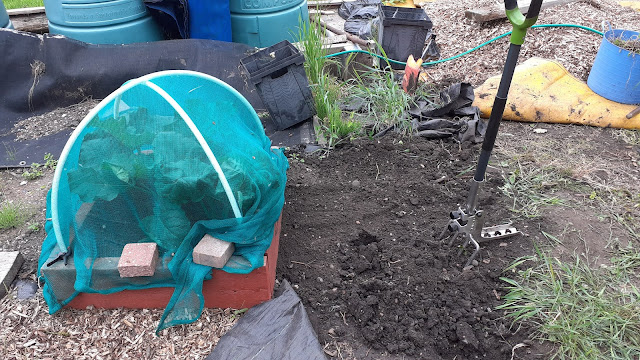 Digging and weeding the path between the Rhubarb beds. 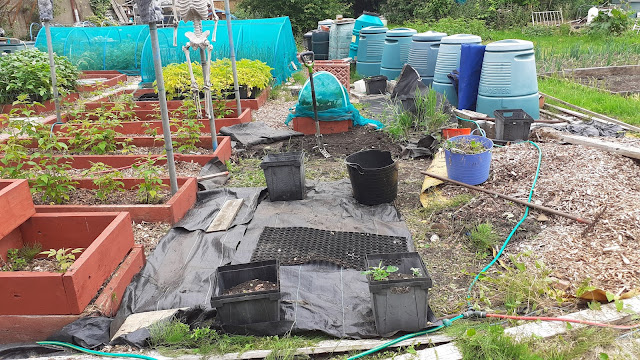 I dug the path width plus about 200mm before raking and compacting the soil in the area of the path and laying weed membrane specifically cut to go between the Rhubarb beds. 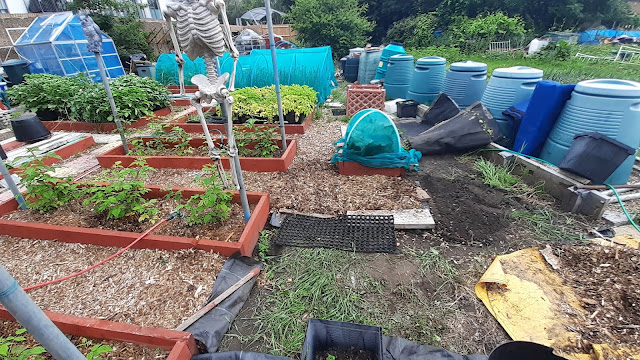 Woodchips taken from the pile I had made in the corner of the plot, and compacted with the front of the rake. 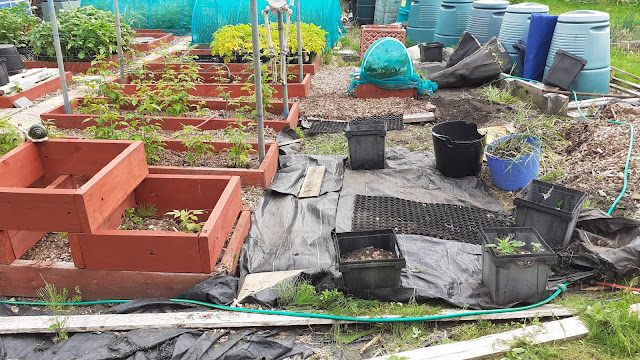 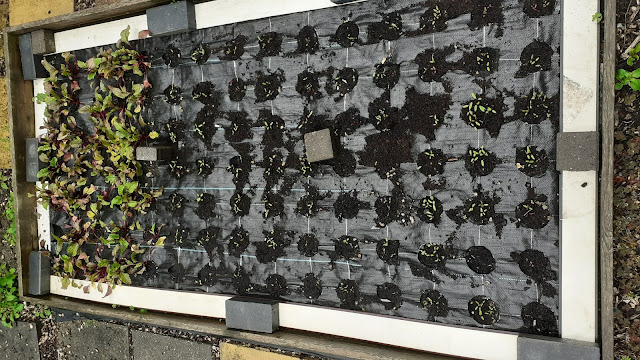 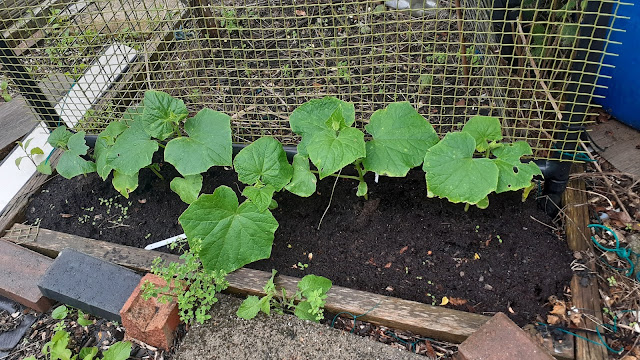 Gherkin's looking healthy and getting larger, but I really need to see them get climbing that netting.
Posted by cadalot at 14:00