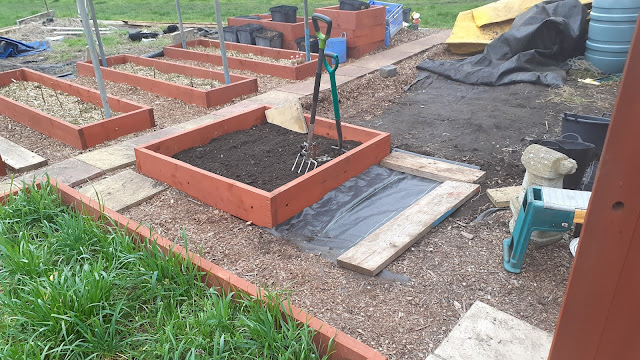 I always forget to take a photo before I start because usually there is one from the previous visit, but that is not always the case. The Photo above was taken about 8:00 after I had raked and levelled the soil in the first SFG Bed and levelled and compressed the path on the left by laying the scaffold board on it and walking up and down for the length and the width of the path. I then laid the weed membrane down ready for the woodchips. 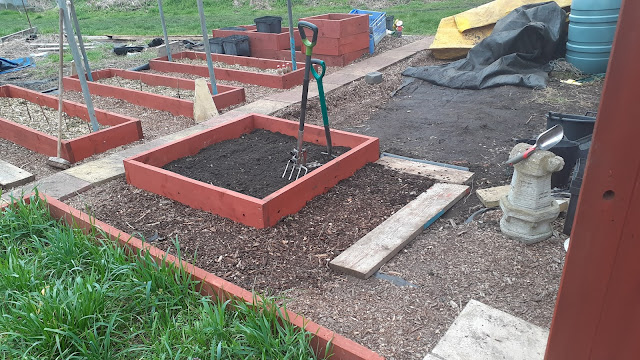 Here is a photo of the bed and paths after the woodchips had been deposited levelled and consolidated with the back of the rake. 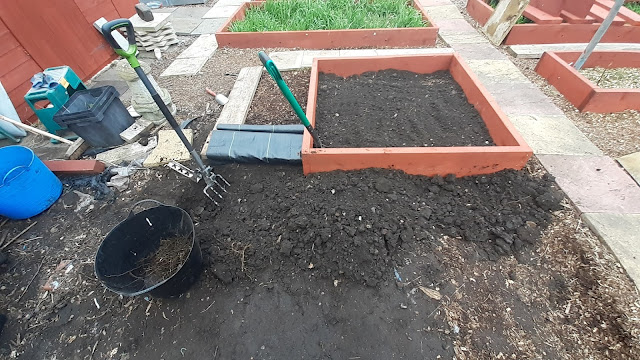 The first 300mm of the path was dug and weeded and you can see the amount of weed roots that I extracted from the soil. On taking this plot over it was covered in couch grass, brambles, Mears Tail and bindweed.
Now there are many books that recommend that one just covers the paths and don't dig or weed them, but how stupid is that because those weeds are going to spread back into your beds so in my mind digging and weeding paths is going to pay dividends in the future. 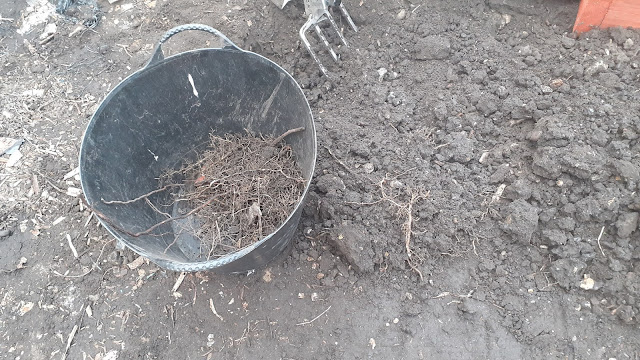 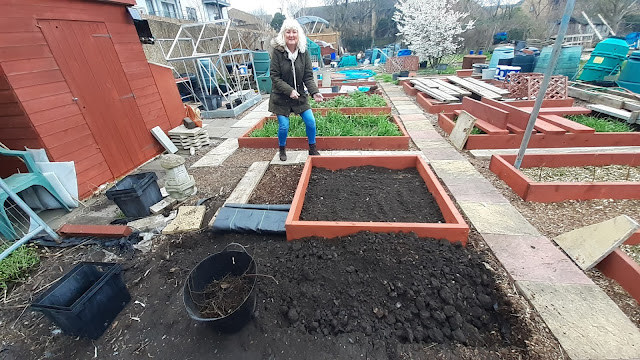 My sister arrived as we can socially distance and have a natter and a catch up and actually see each other rather than use the phone. She stopped off on her way and picked up a bacon roll which was very appreciated and quickly consumed. 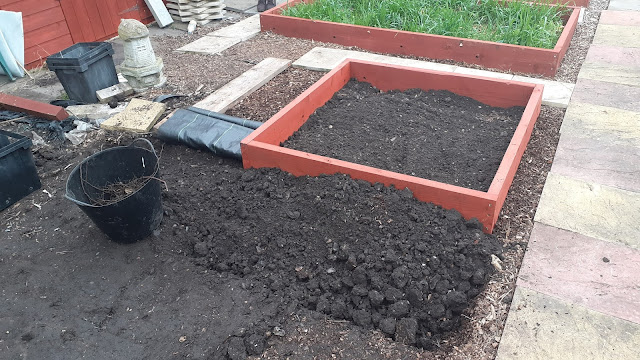 Next visit the 600mm wide section will be completer in the area of the trug and then compressed, weed membraned and covered in woodchips
Posted by cadalot at 12:15