Plot Security is no longer sitting on the job he is now on patrol in the Raspberry beds!
Another early start after clearing the windscreen of frost. I arrived at the car park at 7:50 and started to clear the area on the right of the path, which included removing the timber boards and uncovering the Battenberg paving slabs which had been covered in woodchip.
As the slabs were uncovered the woodchips were stored in flower buckets that are standing in the end empty Raspberry bed. 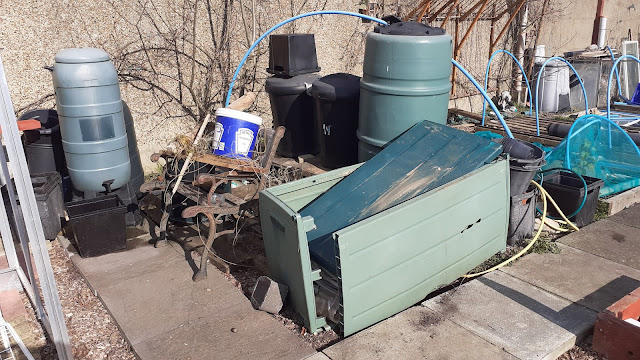 The Ketta store was brought up by the comfrey butts, it needs some TLC but will be idea for storage of compost and other bagged material as the foxes love to get into everything if you leave it out in the open. 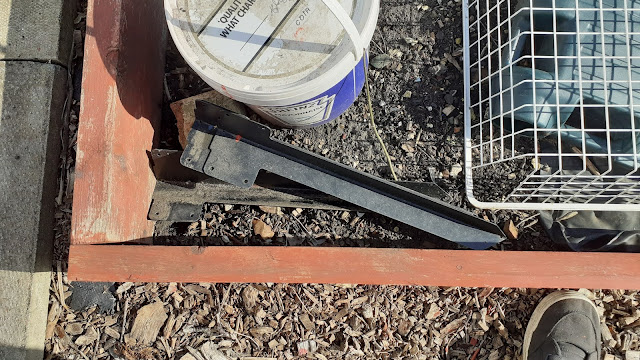 I found the elusive raised bed bracket that I won from the Grow Your Own Grapevine forum for being a member of the month, that I have been keeping for the new greenhouse. On that basis I gave the timbers that I have previously prepared another coat of paint. 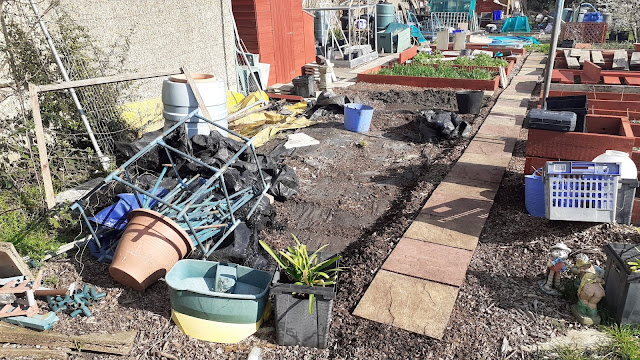 View into the Square Foot Gardening and Solar Dome area of the plot. The yellow tarp is holding water and many bees and wasps are using it for a drink. The plan is to remove the water and the tarp early in the morning before the bees and wasps are up and about, and to get on with digging and weeding the Square Foot Gardening Beds.
Posted by cadalot at 13:45